Shooting, producing and editing a promo film in two days 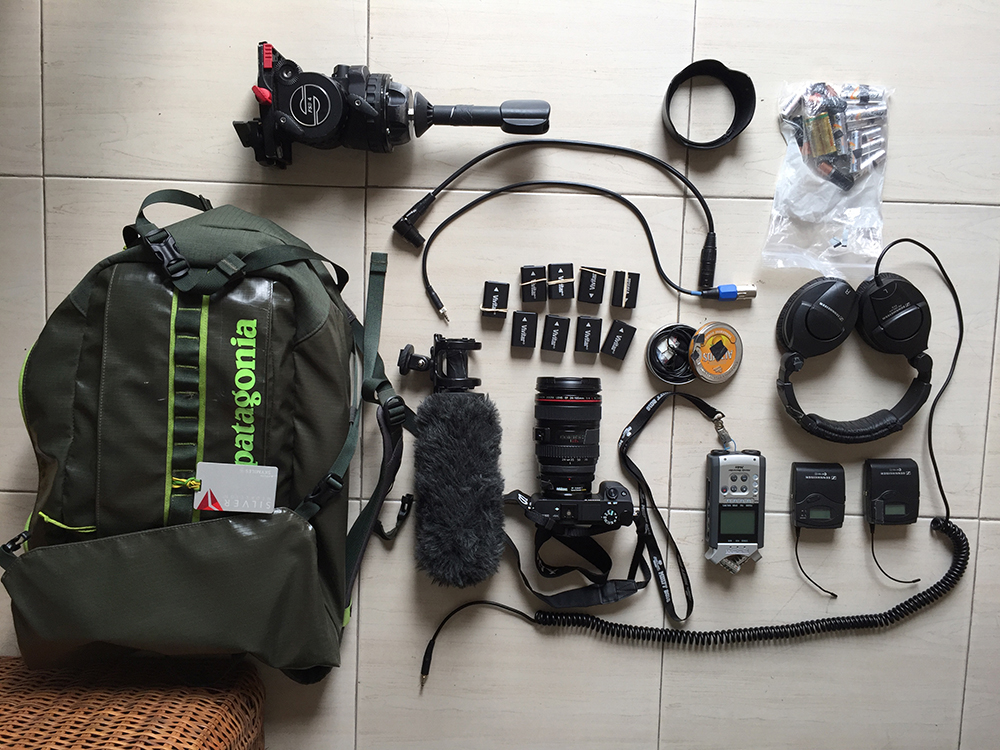 Being a filmmaker who primarily produces international documentaries, both long and short, I know the pain of traveling with large kits and dread the idea of bringing my full package, which includes my Sony FS7. It is always a pain filing the paperwork, making sure I’m first on the plane for overhead space, and then lugging the gear around in taxi cabs all over the city. I wanted to see how I could make a smaller package work without sacrificing too much on the quality of my finished product.

My girlfriend is currently located in Accra, Ghana, where her company is working out of a collaborative workspace for startups. Recently, I had the opportunity to visit her and the co-op workspace and I decided to take a camera just in case anyone at the space needed a short film made for their project. You never know. So, instead of packing the whole kit (see above), especially when I was only here to see my girlfriend, I threw my Sony a6300 in a bag along with a Canon 24-105 lens, adapted using a Metabones speed booster, a Zoom H4N, a Sennheiser MKH416 (I am a nut about audio and never go anywhere without this microphone), and a Sennheiser Evolution wireless kit. With everything in my backpack, I took off for my trip.

True to form, Practical Education Network, an organization working to teach Ghanaian students science using hands on learning techniques, asked for help creating a short promo film. We shot for approximately four hours, producing three interviews and b-roll, came back and edited it the next day.

Here is what I discovered about the a6300;

For the shoot I set the camera to S-log3, 100MBs in 4K. For focusing, I used peaks and focus magnification and lived with the microscopic screen on the back. I also turned on the Monitoring LUT*, allowing me to see what my image was going to look like in post.

The camera shoots amazing, clean images, with high dynamic range that are very forgiving in post. For as well as this little camera shoots, let me spell out all the issues you must overcome while using it as a primary camera:

Because I had a ton of shots to get and only a few hours to get it done, I shot all the b-roll hand held and used a tripod for the interviews. Beware! The camera sucks light. I typically carry a circular ND, but forgot it (just visiting the girlfriend… remember?). To compensate for the lack of ND, I shot everything inside, or at dusk. There is really no way to compensate without the ND, so don’t forget the ND! I also recommend a Hoodman because the monitor is glossy. Why? I don’t know… Sony?

For audio, I hung my Zoom H4N around my neck, placed the shotgun on top of the camera and put a lav mic on one of the teachers for some verite moments. I looked like a geek. 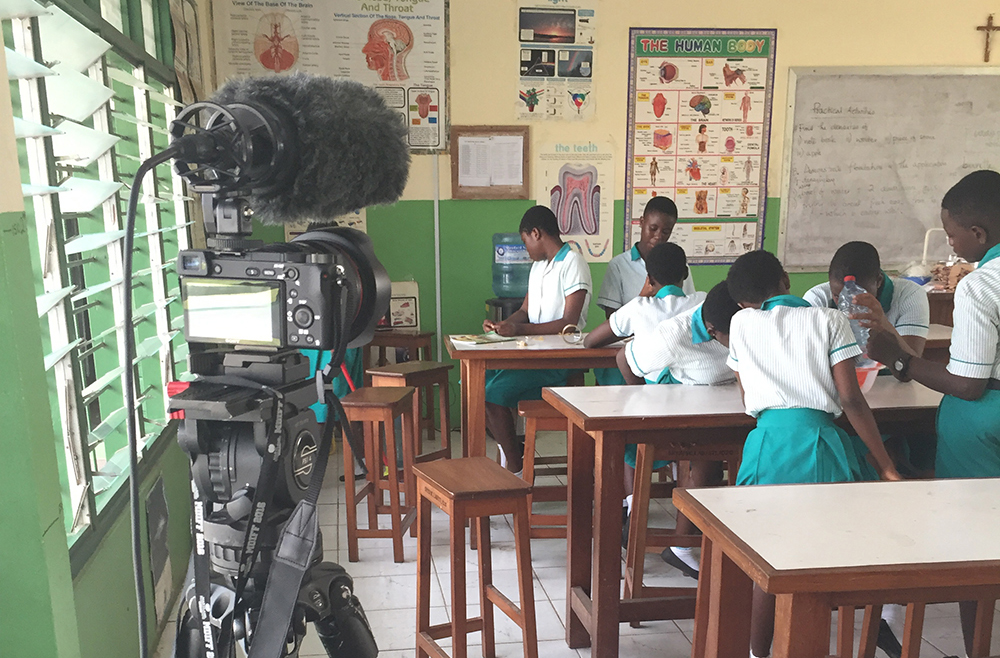 Post production is where this setup starts to fall apart. While Premiere Pro does take the AVC format, it does not seem to work as smoothly with the a6300 as it does with the FS7. I have retreated to re-wrapping the files using Pavtube Video Converter, which eats up a lot of time, and then I have to synch the audio. I note that Sony makes an XLR adapter for this camera, but I cannot justify the $600 on my b-cam when PluralEyes works so well.

Once my ADHD survived the long post production set up, I was able to shape the story. Because this was a quick project on a deadline, I didn’t have a lot of time for color grading. I simply added the Lumetri color LUT in Premiere Pro and brought the exposure down on the outside interview. Because I forgot the ND, I had slightly over exposed the image outdoors, allowing me to open the iris more and give me some depth. In post, I brought the exposure back down. The camera in Slog-3 is very forgiving. Other than that what you see is what I shot.

Overall the camera is amazing and I am learning to trust it as a backup camera or as an incognito camera. At times, smaller and less conspicuous is best for my line of work. That being said, I will take my FS7 any day of the week! As everyone will tell you, use the gear that is best for the job at hand.