Just a few days ago Philip Hodgetts posted an intriguing article over on his blog The present and future of post production business and technology. It was titled Why Apple should drop Log and Capture from FCP and has generated some interesting discussion in the comments afterward.

I think the theme of the entire article is best summed up in one of the paragraph headlines: Tape is deadish now, will be more so in 2010. That, for the most part, is a true statement. Most small operation production companies and shooters who own their own cameras are probably using tapeless acquisition these days with a few still eking out value from the various pro-ish HDV cameras Sony, JVC and Canon put out into the market. But my guess would be that for every one HDV camera shooting there’s a substantially higher ratio of HVX200s and 5Ds for every one of those tape-based cameras being used today. The next big user of videotape would be the professional post house. We have thousands of master and source tapes in our vault and the thought that one of our two major NLEs suddenly not allowing us the ability to capture from those sources is downright scary, not just for us but for our clients as well as they still have to use that material they’ve invested thousands of dollars into. And if Apple was to drop Log and Capture then there’s the possibility that they might drop Edit to Tape functionality as well (as Philip rightly says in another paragraph headling: “Dropping old technology and moving to new is in Apple’s DNA”) and that would be another major hit to those who still have videotape as an important part of their workflow pipeline.

The third paragraph headline in Philip’s article is this: “Rewriting Log and Capture will waste engineering resources that should go into an improved Log and Transfer”. Upon first reading, that makes great sense to me. It doesn’t take a lot of examination to realize that Apple’s resources have been working on iPads and iPhones for the last little while so I would hope that anyone left working on Final Cut Pro would be working on more “big picture” issues than Log and Capture since it is indeed dealing with a technology that has seen its heyday pass. But there are certain pieces of Final Cut Pro that have been rewritten with modern code. A read through another of Philip’s articles, What is Apple doing with Final Cut Pro?, discusses just this topic. If you compare FCP’s legacy Log and Capture window to the HDV specific Log and Capture window then you can see subtle differences in the two and get an idea of exactly what a rewritten FCP might be like: 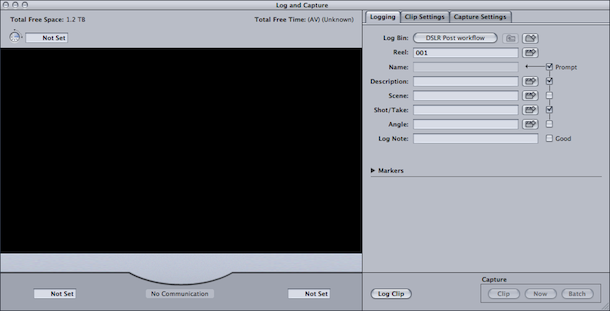 FCP’s HDV Log and Capture window, which apparently was written with more modern code, hence its updated interface when compared to: 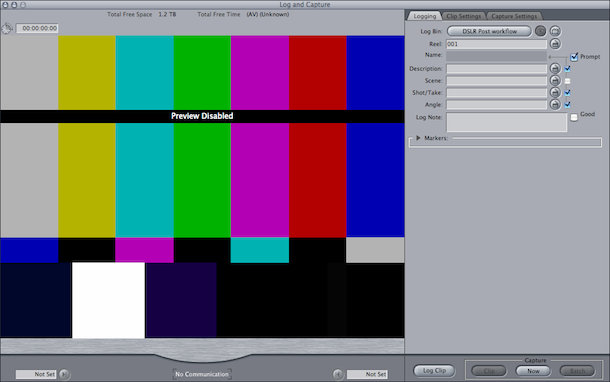 The original Log and Transfer tool that has been in Final Cut Pro since very early on.

While Philip mentions other parts of FCP that have been written in modern, 64-bit code a side-by-side look at two tools which are essentially the same thing illustrates this idea of an updated FCP the best. This begs the questions: If FCP has a newly written, modern Log and Capture tool why in the world would Apple drop that functionality out of FCP and not just retool the HDV Log and Capture tool for all tape-based capture when/if the new FCP ships? It can’t be that hard or take that many resources. The answer is they wouldn’t unless it’s for the reason that Philip suggests: “Dropping old technology and moving to new is in Apple’s DNA” That’s the most true statement in that whole article and that’s why if a new FCP ships without any tape-based support it might not be a big surprise but it would be a fundamental mistake as there are many post houses who have to support tape not because we want to but because clients demand it and there is a significant investment in tape decks and infrastructure. Of course as time rolls on that commitment to tape will be less as file-based deliverables will become more common for both broadcast and clients. If a job is destined for the web only the a tape master is only good for backup. While Apple always wants to be ahead of the curve but in this case it might push FCP off the road for many and have them looking to other tools.

There’s also an interesting coda to this Log and Capture discussion that arose on Twitter today. It’s the idea that if anything should be dropped from FCP it’s the Log and Transfer tool. The reasoning being that an updated Final Cut Pro should not require the transcoding or re-wrapping of files for ingest into the application. With both Big A competitors to FCP supporting native editing of many different camera formats it’s FCP’s desire to only support .mov files that is antiquated in a modern file-based world. I can’t say that I disagree with this sentiment as time spent working without the step of transcoding or re-wrapping files (in both Adobe Premiere Pro CS5 and Avid Media Composer 5.0) is more time spent working. Any logging and organization that the Log and Transfer tool provides can also be done right inside the application so IMHO the argument that the whole Log and Transfer step is needed for proper organization isn’t a valid one. And if you need to leave a camera native format for ProRes it’s still easily done via the Media Manager or any other number of external tools.

And speaking of external tools, one thing Philip mentions is the use of Blackmagic Design and AJA tools for tape based in / out. That’s really an idea worth exploring as I don’t think it would be hard for a 3rd party developer to write a really good capture / output tool that supports the display of timecode as well as live marking and sub-clipping as capture takes place. Media Composer can do it so there’s got to be a way to do this in FCP, for FCP, as well. Maybe there is and I don’t know about it. We might not need to do interface with videotape for that much longer but currently there’s still the need.

Anyway, what was meant to be just a link to Philip’s article but has become a bit of a long-winded rehash of some of the same topics so if you’re interested in this discussion then click over to the original article and get involved in the comments. Thanks Philip, this is great discussion to get us all thinking about a tapeless future … and if when we’re going to be see it.