Before camera firmware 6.0, and the ISO cap on the URSA Mini Pro, I  might have veered away from shooting some news or documentary work on the flagship Blackmagic Design camera. I was nearly always torn; on one hand, I loved the camera, its dynamic range, and its color rendition while on the other hand, I felt 1600 ISO was a no go when shooting at night.

I was met with a sound studio covered in black fabric for my first shoot on the URSA Mini Pro and its new camera firmware 6.0. There could not have been a better real-world situation to test the new firmware and the newly added 3200ISO to the camera. Should I expect to see fixed pattern noise? What will that 3200 ISO look like under these dark conditions? These were just a sample of questions I wondered to myself as I prepared myself to shoot.

I was able to see how the camera performed under high contrast and deep dark areas of the frame. In the past, I would not shoot higher than 800 ISO in this situation because of the noise and pattern noise found in low-light areas of the frame while shooting at 1600 ISO.

In a real-world shoot with the brand new camera firmware 6.0, 1600 ISO is perfectly acceptable. The footage looked clean, so clean in fact I think it looks like an image between 400 and 800 ISO from the old camera firmware.

3200 ISO is not as clean as the 1600 ISO I tested. 3200 ISO on the URSA Mini Pro with camera firmware 6.0 is not bad either. The image has a little bit of noise. In the images on this post, I shot with the URSA Mini Pro on the BlackmagicRAW Q5 setting. When down-rezzed from 4.6K to HD, I’m shooting for an HD project, the noise is much less noticeable as it should be. 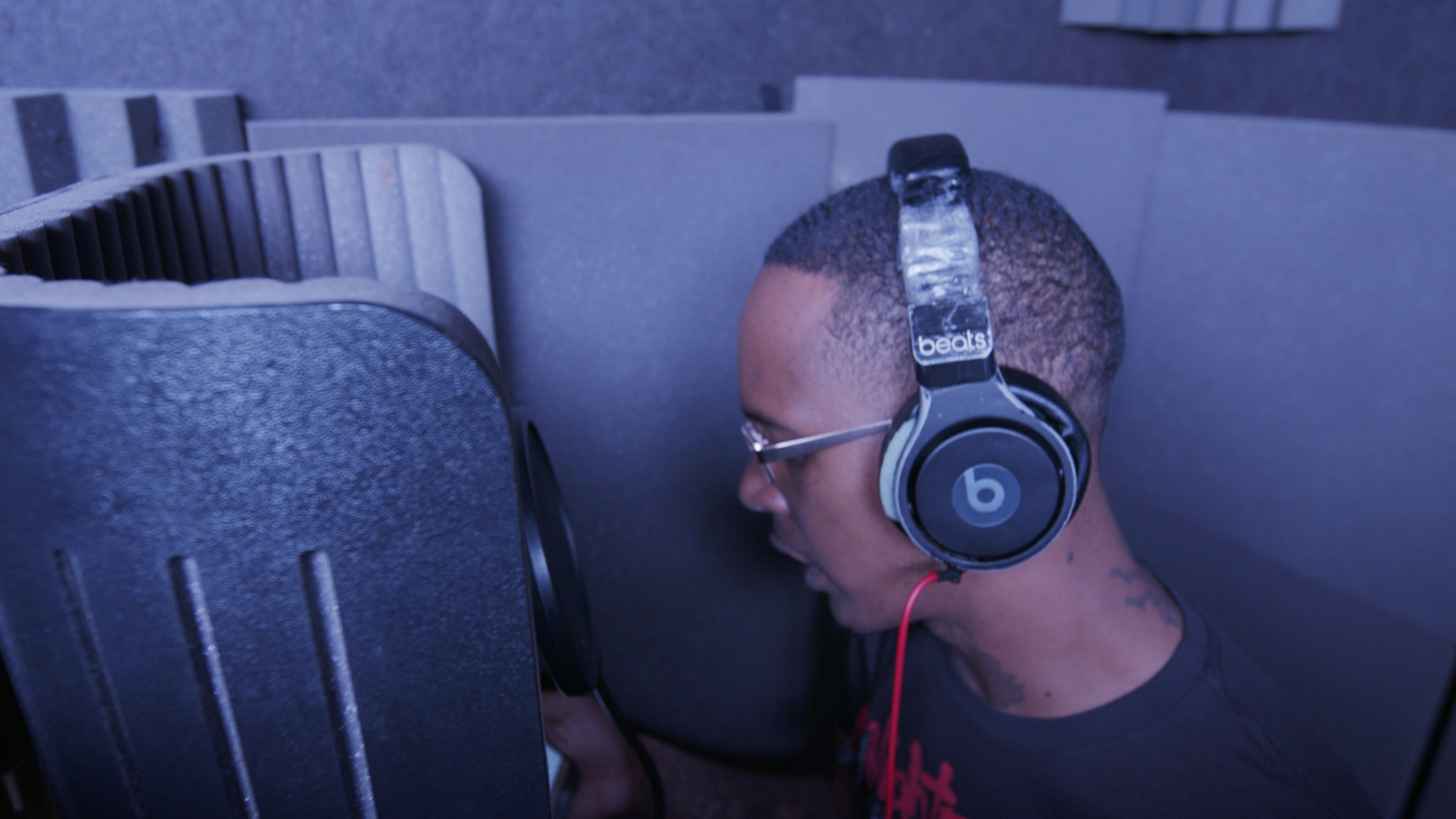 The noise is in the deep dark areas of the frame.  In the image above, at least in the video, you can see a little bit of noise in the subject’s jacket collar and other near black parts of the video frame. Like in the corner where the wall meets the ceiling one can see a bit of noise. If I push the image brighter then the noise in these areas become more visible. In fact, a touch of fixed pattern noise appears but it is not nearly as bad as the original firmware’s plaid some have seen.

Where there is more light in the frame (around 15 IRE and above) the noise levels disappear. In the brightest areas of the frame, the image looks sharp and crisp with no hints of a 3200 ISO capture. I exported a quick sample of raw video so readers can see the noise in the video which should also be easier to pixel peep than a frame grab. I exported 4.6K Pro Res with ZERO noise reduction.

What does this all mean? It means the URSA Mini Pro is a much more flexible camera. The noise from 3200 ISO with the new camera firmware is better than 1600 ISO on the last camera firmware and leaps and bounds better than the original release camera. I am also very interested in seeing Blackmagic Design’s next camera. I imagine features from the newly released Blackmagic Design Pocket Cinema Camera 4K and this new firmware will be combined to make a wonderful camera.