The Los Angeles Post Production Group (LAPPG) is an organization for those with an interest in digital filmmaking and the post-production process, but the creation of the L.A. Post fest brings that interest to a whole different level. This inaugural video editing competition event will allow contestants to use their creativity, technical skills and storytelling abilities to successfully complete their own version of a professionally shot sci-fi short film. 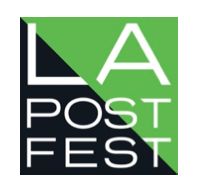 The Los Angeles Post Production Group (LAPPG) is an organization for those with an interest in digital filmmaking and the post-production process, but the creation of the L.A. Post fest brings that interest to a whole different level. This inaugural video editing competition event will allow contestants to use their creativity, technical skills and storytelling abilities to successfully complete their own version of a professionally shot sci-fi short film.

We have a special discount code, which will enable you to receive a $10 discount on the entry cost. Use “PVC15” when you sign up here.

You can read about all of the details below, but we wanted to find out a few more details, and Wendy Woodhall, director of the LAPPG, was kind enough to answer a few questions.

ProVideo Coalition: Do you see the LA Post Fest as an extension of the work you have and are doing with LAPPG?

Wendy Woodhall: Since 2008 when we started LAPPG we’ve seen so many changes in the post world, but one thing has always remained, and that’s post is a process of delivering a story. We really wanted to explore how storytelling is done in post as well as discovering what talent and skills are out there in the worlds of editing, vfx, sound design, etc. We wanted a platform that could shine a light on the contributions post-production makes in filmmaking so we decided to create this for our members and the post community at large.

How important is the fact that all participants will be using the same footage?

That was the basis for this whole competition. We wanted to find a vehicle that we could use to level the playing field and give participants a chance to use their own creative vision and skills. The footage was specifically shot by the director, my husband, and LAPPG co-founder and author of the Sound For Picture Channel for PVC, Woody Woodhall, with 3 separate and specific emotional tones so editors would have a chance to dig into the footage and find the performances and the story that was true to them and their vision. Our goal is to sit in a theater in May of 2016 in LA and see five very different films all stemming from the exact same footage.

You have five different winning categories, but the cuts aren’t submitted under one category or another, are they? So a film could conceivably win all five?

In theory that is true, but we are looking at each film for every category and will judge them based on each of the aspects. There will be films that will excel in editing choices and sound while others the VFX compositing may be outstanding. We believe that having five categories will be a way to honor that.

For the “Best Film” category, will the judges be looking for cuts that are especially creative or purposefully different? Or will it be more about the kind of nuance that an editor can bring out?

The Best Film category will focus on who told the best version of the story.

Ultimately, what sort of things are you hoping that participants will be able to take away from the experience?

This is a real world opportunity for participants to stretch their creative muscles. So many times when we are in our day to day jobs as editors, sound mixers, colorists, etc. we get little time to play around and widen our creative visions because we are under tight deadlines and production schedules. There is also a financial component that can make the production process prohibitive. Here though, someone with a computer post toolset has a ready-made project to dive into. Entrants will have their work evaluated by our esteemed panel of judges and the winners will have a professionally mastered film as an example of their work. 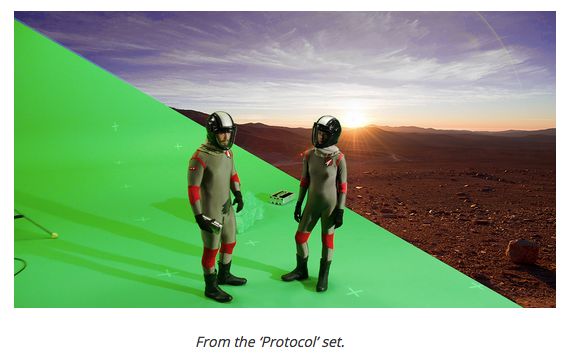 Los Angeles, CA — November 19, 2015 — The Los Angeles Post Production Group is announcing the launch of the inaugural year of L.A. Post Fest, an innovative video editing competition where contestants will use their creativity, technical skills and storytelling abilities to successfully complete their own version of a professionally shot sci-fi short film.

Unlike traditional editing competitions, for L.A. Post Fest, each contestant will be provided with the same footage that was shot in 4K using the Blackmagic URSA camera on a green screen stage. They will also be offered digital assets including music from Sony Creative Software and spectacular space images and video from the European Southern Observatory (ESO). Each entrant will have access to the free version of Blackmagic Design’s DaVinci Resolve 12, a professional non-linear editing system and color corrector, to work with if they so choose.

The film is based off of Richard Russell’s sci-fi script, “Protocol.” LAPPG Co- Founder and “Protocol” Director, Woody Woodhall, worked with Richard to craft the script for the particular needs of the competition. “Finding the right script was a challenge. We wanted a story that, although was quite short, still had a beginning, middle and a strong ending. Richard’s script left the dialog ambiguous enough to shoot the lines under different emotional attitudes, allowing the story to be interpreted and constructed a number of ways in post production and the green screen element is key in allowing for maximum creativity both technically and in storytelling. This is a chance to compare apples to apples and see what kind of dishes they all come up with,” explains Woodhall.

One of the competition’s 6 judges, Juan Ignacio Cabrera, a busy Visual Effects Supervisor and Colorist, sees this as “an amazing opportunity for people involved in all aspects and all levels of post production to allow their imaginations to take charge and to work their storytelling muscles. Filmmaking is about using the tools at your disposal for creating the story you need to tell and this challenge really embodies that. Each person entering this challenge is able to tell their own version of story using these raw materials. I’m really looking forward to seeing these films and each person’s unique vision.”

The culmination of this competition will take place with a festival event in Los Angeles in May 2016. The 5 winning films (Best Film, Best Editing, Best Use of Sound and Music, Best Visual Effects, and Best Use of Digital Assets) will be screened at a theater to be announced shortly and prizes, approximately valued at $15,000, will be awarded to the winners.

Competition details and more information can be found at: www.lapostfest.org.