Tried-and-true principles to guide you in the edit suite 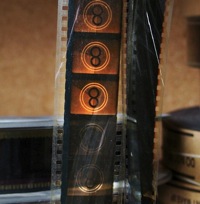 Rule One: Never make a cut without a positive reason.
“The only reason for using another cut is to improve the scene.”

It is unwise to cut film adhering to arbitrary principles, such as keeping all shots under a certain length. While Dmytryk argues that every cut must be made at a precise and perfect point, he gives no indication that these particular edit points are governed by anything other than the drive to improve what the scene intends to communicate to the audience. Some scenes require no editing at all if the composition and camera movement are strong enough to support the intent of the scene. Other scenarios, particularly action and montage sequences, require constant cuts in order to communicate the scene’s intent. If another take does not make emotional truth clearer or capture the action more appropriately than the current take, then by all means do not make a cut.

Rule Two: When undecided about the exact frame to cut on, cut long rather than short.
“Splicing a few frames back onto a scene which has been lopped short makes ‘jumpy’ viewing, and a cut full of such amendments makes proper visualization difficult and perceptive judgment impossible.”

Just the most basic common sense rule there is. When cutting filmstrip, it is much easier to trim a bit of excess duration than to splice more on to increase duration. Dmytryk adds that the first instinctual decision regarding where to make a cut is usually the right one; however, you still may want to cut a little long in case you’re out of touch with your instincts. Note that this rule doesn’t so much apply to nonlinear video editing, unless for some masochistic reason you’ve disabled your undo function.

Rule Three: Whenever possible, cut in movement.
“Creating a ‘diversion’ of sorts … is also the principle at work in the action cut.”

The concept here is that during movement of any kind, be it a man sitting down on a park bench or a woman darting her eyes to the left, cut in the space between the beginning and end of the action so as to mask the cut. The goal is seamless, invisible, “magical” editing. This is not possible without the greatest command of timing: timing that comes from an understanding of human perception and eye movement. If you choose to cut too early, the following cut will seem nonsensical and inappropriate. If you choose to cut too late, you may deny the audience key information and try their patience by extending the previous shot. There is a precise moment at which to make the cut: near the dead center of the action. For the man sitting down on the bench, you would most likely want to cut at the point of contact between the man and the bench. For the woman darting her eyes to the left, you may want to cut somewhere in the middle of the motion but not before or after. Mastering this fundamental of editorial timing will not only make your cuts seamless but will also strengthen the scene itself in what it intends to communicate. This, after all, is the purpose of editing: communication.

Rule Four: The fresh is preferable to the stale.
“In art, the obvious is a sin.”

In order to maintain the invisibility of technique, a film editor strives to avoid boring, confusing, or disappointing the audience with a poorly managed cut. However, it is possible to jar the viewer from the context of the story with even the most well-intentioned cut. If your shot contains action that exits the frame, do not linger on it even for a couple frames. If you do this and fail to overlap to the next action, the viewer has no new information to feed upon and therefore lapses out of the comfort of the story. Because of only a few frames, your viewer is now examining your set design or lighting. This is exactly what should be avoided. Dmytryk suggests that if frames must be added between shots, do so at the beginning of a fresh, new shot so that the viewer accepts the lingering frames as part of exposition for a new angle or shot.

Rule Five: All scenes should begin and end with continuing action.
“Subconsciously suggest to the viewer that he is seeing a fragment of continuing life, not a staged scene with a visible framework.”

This is the concept of the director shooting scenes with heads and tails and the editor subsequently chopping them off. It is entirely unnatural to begin a scene with an actor doing nothing, preparing to act. Not only does it break the invisibility of the craft, but such an error unravels the pacing of the work causing far greater problems in the long run. A scene should begin as an actor walks into the frame or picks up a telephone or washes dishes or cleans his sword or performs some action. A scene should end with the actor walking out of frame or slamming down the telephone or breaking dishes or plunging his sword into an orc or performing some other (but not necessarily opposite) action. This serves to hasten the pace and ensure that the viewer is not bored by getting ahead of the action.

Rule Six: Cut for proper values rather than for proper matches.
“The film’s dramatic requirements should always take precedence over the mere aesthetics of editing.”

Often enough in production, the action between takes and different angles will not match with one another. Some of these culprits are beyond even the tightest control: the length of a lit cigarette, the timing of flashing city lights, the movement of arms and legs during emotionally commanding scenes. While this is no concern at all when you leave a shot alone, this lack of continuity becomes extremely problematic when you must intercut frequently between different shots. Dmytryk advises that continuity be damned. In a crisis such as this, cut to match the emotional truth of the scene so as not to cheat the audience of the experience. Even if the action doesn’t match at all, the viewer will be more inclined to follow the emotional flow of a scene than its technical shortcomings. It is likely that most continuity errors in films are not due to lazy errors on the editor’s part but instead result from decisions to use the strongest emotional performance.

Rule Seven: Substance first — then form.
“Technical skill counts for nothing if it is used only to manufacture films which have little to do with humanity.”

More of a summary rule than anything else. At all times, Dmytryk argues, an editor must strive to improve the emotional power of a film. He felt at the time of the text’s publication that both students and teachers miss this point. Technically proficient editors created by educational institutions that fail to address the necessity of substance and value in the art of filmmaking are scarcely film editors at all.

Finally, in the spirit of Dmytryk’s rules, here are a few quotes to inspire and guide editors.
Don’t accept that there are rules. In editing the whole point is to challenge every convention. – Martin Walsh

Make the hard sacrifices to keep it short. Just because a scene is pretty doesn’t mean you should spend five minutes on a scene that could achieve the same impact in two minutes. If something isn’t working, try doing the exact opposite. Filmmaking is not a science, and there’s no formula to follow to get you through the thousands of little decision involved in editing a scene. Trust your instincts. – Tim Squyres

Resist the urge to chop up someone’s good work – whether it be an actor or the DP. – Stephen Mack

The best film actors act from there eyes. Use the eyes to guide your cuts. Cutting dialogue sequences is much more difficult because it’s not just cutting words: You’re cutting the emotion. You are cutting lives connecting. Attitudes, moments, emotions. And the actors have to look good; they have to be cherished and they have to be honored. – Carol Littleton

If an actor gives you a moment that’s really striking or wonderful, you have to try to use it. It doesn’t matter if the resulting cut will be terrible; people go to the movies for those great moments, and nobody will care if the head turn doesn’t match. -Tim Squyres

Pay attention to their eyes. In a well-written scene, with a good director, you’ll be able to get a great sense of where the script beats are (which is where characters are changing) by looking at what the actors do, especially with their eyes. That’s where they express their thoughts. If you can find these beats, then the editing gets easier-you change something around those moments: pacing, size of shots, presence of music, sound, etc. – Norman Hollyn

I’m not really sure you can learn editing from someone, but you can certainly see someone who does it in a very interesting way. – Steven Rosenblum

You have to be willing to try things a whole list of ways until you find the answer. -Barbara Tulliver

Simplicity is the essence of the great, the true, and the beautiful in art. – George Sand