Premiering at SXSW 2014, Joel Potrykus’ film Buzzard purposely doesn’t fit a particular genre. A follow on to his first film, Ape, the movie tracks a deadbeat check scammer through Detroit and is chock full of 1980s references—chugging Mountain Dew, Nintendo jokes, and heavy metal music. Brandon Bowman joined the production by chance, and shares his first experience working on a feature film and editing with Adobe Premiere Pro CC. 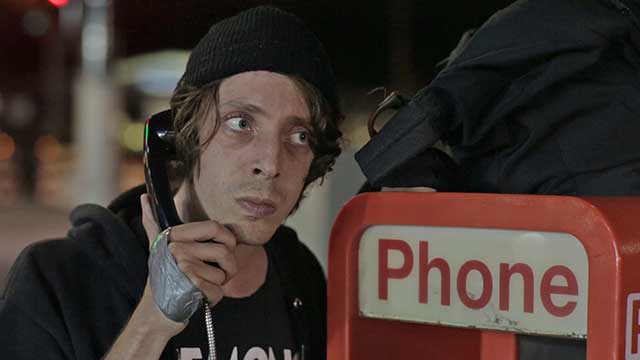 Adobe: How did you get involved with Buzzard?
Bowman: I live in Seattle, Washington and I split my time between the restaurant industry and working as a freelance still photographer and videographer. I was visiting Austin, Texas on a vacation and have a family connection with Adam Minnick, who is childhood friends with Joel. For his follow up to Ape, which he shot himself, Joel wanted to hire Adam as his cinematographer. I told Adam that I would love to help in any way I can and ended up going to the shoot as a volunteer. In the end, I played a much larger role than I expected.

Adobe: What did you do on the film?
Bowman: Joel runs things pretty informally and as bare bones as possible. There were maybe 12 people in production and we all wore a lot of hats. I was the main point on all of the tech stuff. My official credit is assistant camera and assistant editor. I worked closely with Adam on lens, camera, and software selection. I was the one who introduced Premiere Pro CC to the team. 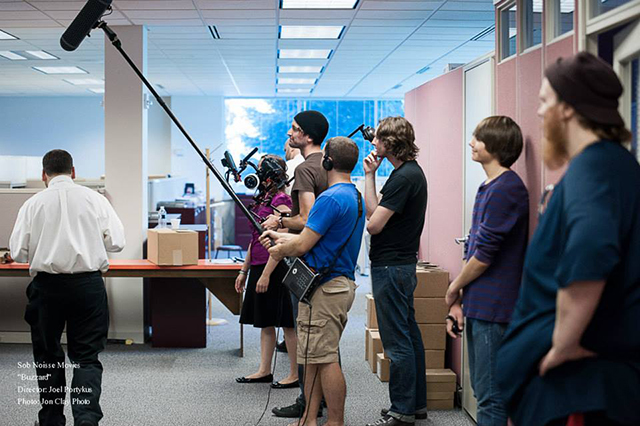 Adobe: Why did you recommend Premiere Pro CC?
Bowman: I was previously a Final Cut Pro user and Joel edited Ape on Final Cut Pro. In pre-production we were talking about our hardware and software needs. I’d joined Creative Cloud and had been doing some tests with Premiere Pro CC. I recommended it because the film was going to be shot with a Canon 5D Mark III and I knew that we would be able to throw the H.264 files on the timeline without transcoding. Joel tested it out and agreed that we should use it for the edit.

Adobe: Was it easy to learn the software?
Bowman: I learned Premiere Pro for the production, mostly using training content on Adobe TV and Lynda.com. Coming from Final Cut Pro 7 it was fairly easy. Joel also found the transition to be simple. He’s very tech savvy and knowledgeable but he doesn’t like to be bogged down with details. For him, his script and actors are paramount.

Adobe: What was the production schedule?
Bowman: The film shot for five or six weeks in Grand Rapids and Detroit, Michigan. I came on several months before production and they were already deep into rehearsals and casting. Joel and Joshua Burge, the film’s lead actor, had a good working relationship and understanding of the character. Adam chose to shoot with the Canon 5D Mark III DSLR because it offered lower cost, as well as speed and storage simplicity. I started ingesting media, organizing drives, and syncing the sound for all of the clips during production, and then assembled a rough timeline for Joel before we started editing. 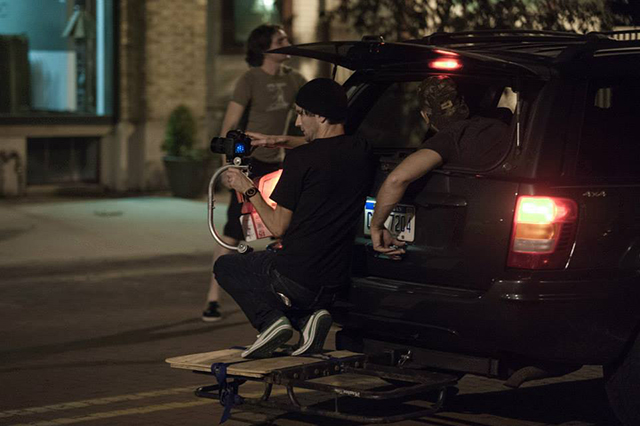 Adobe: Tell us about the editing of the film.
Bowman: After shooting I returned to Seattle, Adam went back to Austin, and Joel stayed in Grand Rapids. We kept all of the post production in Premiere Pro and just passed the project files back and forth and update everything as we went along. We had full hard drives of all of the content in each location. Joel would go on extended, overnight editing binges and I would wake up in the morning and there would be a rough cut of half the movie. In a week he had the entire film fleshed out. It was pretty easy to work remotely and the crew would review all of the cuts on Vimeo every couple of weeks. In addition to assisting with the editing, I worked with Joel on the color correction and also handled the noise reduction and production of the final renders and exports for the DCP.

Adobe: Were there any particular challenges with the edit?
Bowman: The biggest post production trick was working with the DSLR files. Joel likes to shoot in a very natural way, so during production most of our challenges were to be nonexistent with no deliberate camera moves, odd angles, or unnatural lighting. We focused on getting everything right in camera so in the end we only had to tease the footage a bit in Premiere Pro. The film was minimally processed to keep it as natural looking as possible. 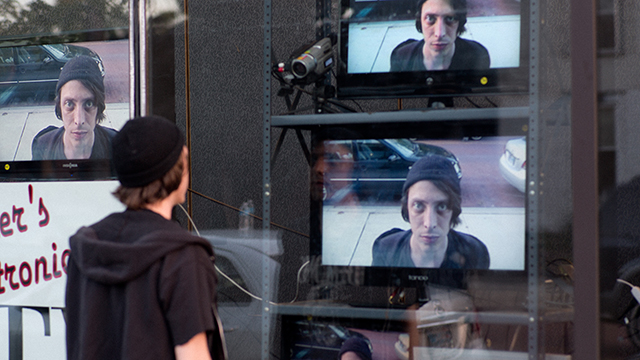 Adobe: What was your favorite feature in Premiere Pro CC?

Bowman: The feature that was the biggest deal to us was the native workflow. The ability to throw H.264 files on the Premiere Pro timeline and play them back in real time was definitely the biggest selling point for us. It was great to be able to start working right away without transcoding; that transcode step would have really bogged us down.

Adobe: Did you use any other Creative Cloud software?
Bowman: I’ve been a Creative Cloud member for six months and bouncing among the various software programs is really easy. We used Photoshop quite a bit for the title sequences and the ability to round trip between Photoshop and Premiere Pro was great. We also appreciated knowing we had the full library of Creative Cloud applications to fall back on, including SpeedGrade and After Effects, in case we needed them. On any future films I can see staying with the same software and even branching out a bit with SpeedGrade and After Effects. 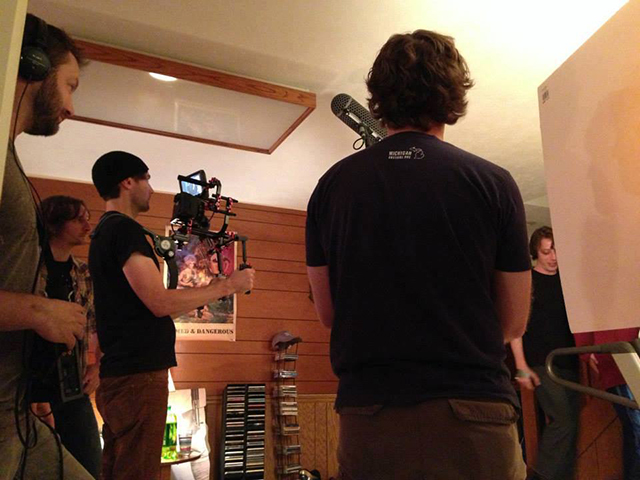 Adobe: What’s next for Buzzard after SXSW?
Bowman: The acceptance to SXSW already exceeded our expectations. It’s also been accepted to the New Directors/New Films show in New York. Oscilloscope Laboratories acquired the North American rights to the film, so there will be more festival showings, followed by a theatrical release later in 2014.