Created by the Third Floor and published by ScreenSkills, the VR experience ScreenSkills – First Day: On Set introduces you to the different departments behind a production. 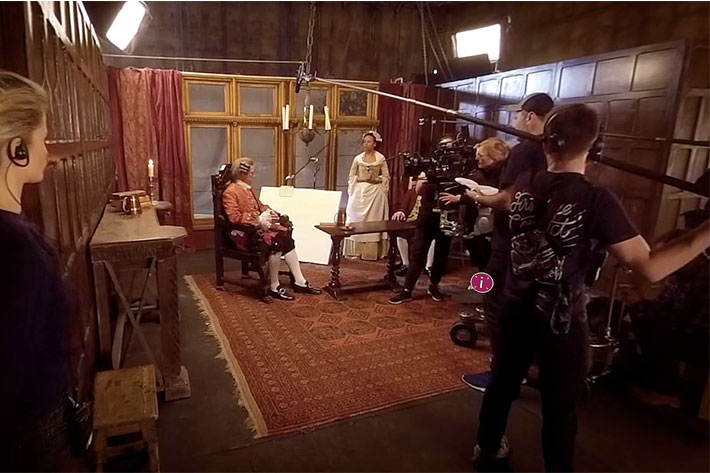 This is your first day as a production runner at Pinewood Studios. The tour allows you to see all the people that make a production happen and what they do, all in Virtual Reality.

ScreenSkills – First Day: On Set is a FREE virtual experience for Oculus Rift and Oculus Rift S that invites viewers to experience the first day on set as a production runner at Pinewood Studios. If you’ve ever wanted to go on a real-life film or TV shoot, now you can! Using a VR headset it is possible to be totally immersed in the action, and discover exactly what the different departments behind a production do.

The publisher of the VR experience, ScreenSkills, formerly known as Creative Skillset, is the industry-led skills body for the UK’s screen industries – animation, film, games, television including children’s TV and high-end drama, VFX and immersive technology.  The organization works across the whole of the country to ensure that UK screen has access now, and in the future, to the skills and talent needed for continued success. 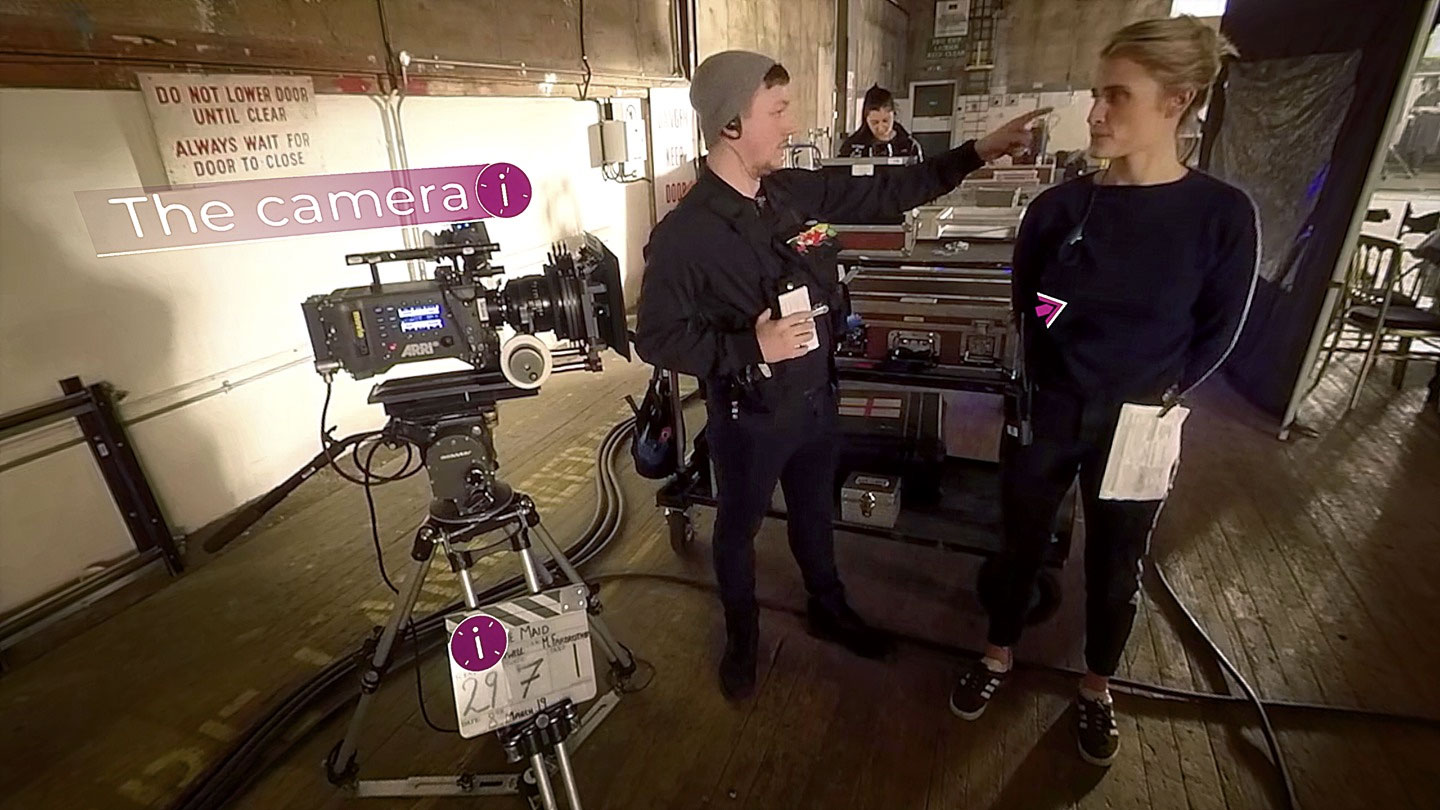 ScreenSkills has worked with Pinewood Studios before. In 2019 ScreenSkills and Pinewood Studios joined forces to offer people living near the Studios in Iver Heath, Buckinghamshire, information on how to transfer their skills to much needed roles in film production, through the program Skills to Film, which aims to tackle skills shortages already identified by the industry by taking advantage of existing expertise in the local workforce. 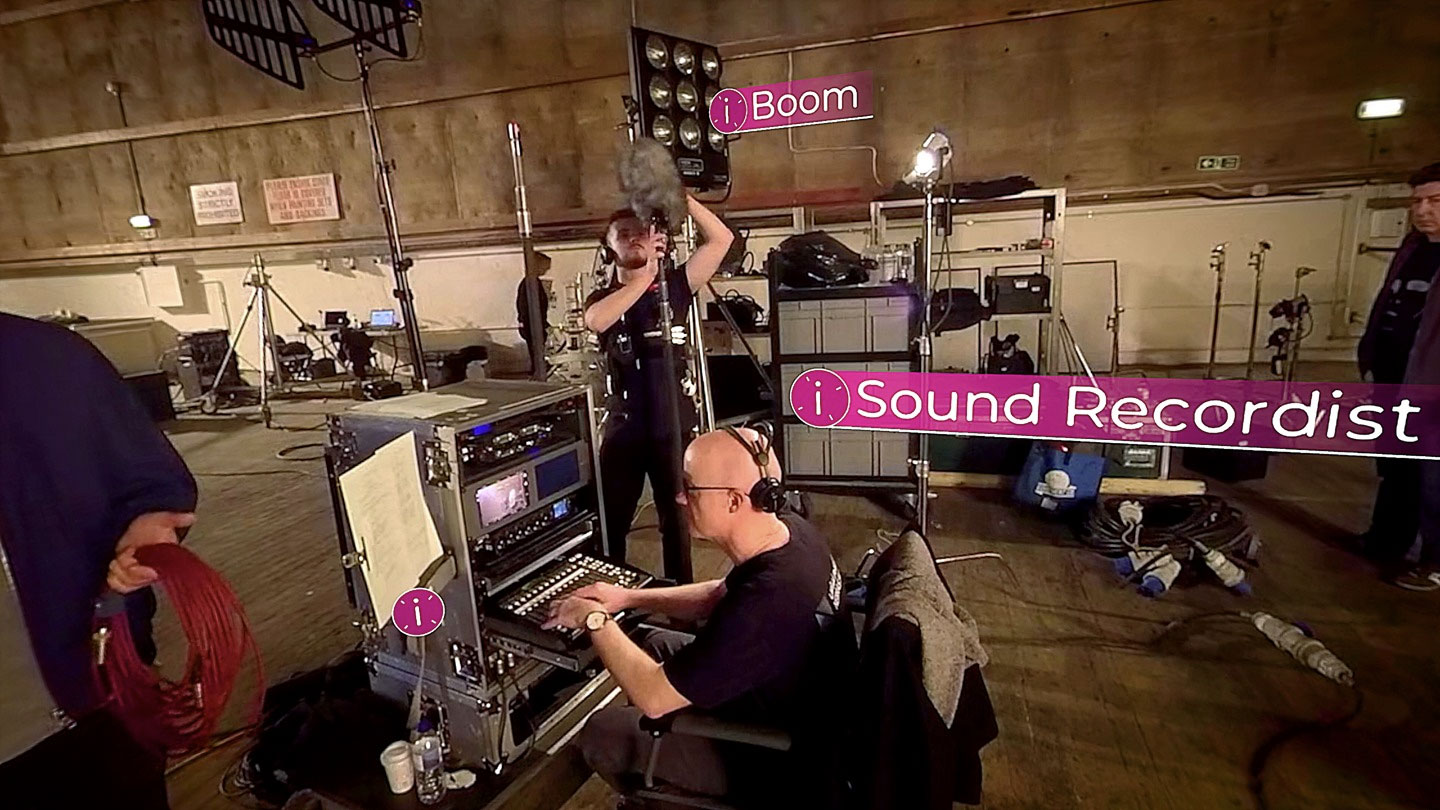 A virtual visit to a production set

Skills to Film: Pinewood focused on five areas in production – art, locations, costume, construction and accounts. A range of skills and expertise that already exist outside the film industry are key to these departments, such as carpentry, plastering, design, sewing and fitting, finance management, marshalling and logistics. The initiative one of a range of initiatives aimed at recruiting 10,000 new entrants by 2022, offered potential candidates an introduction to the film industry with a view to helping them find roles on productions. 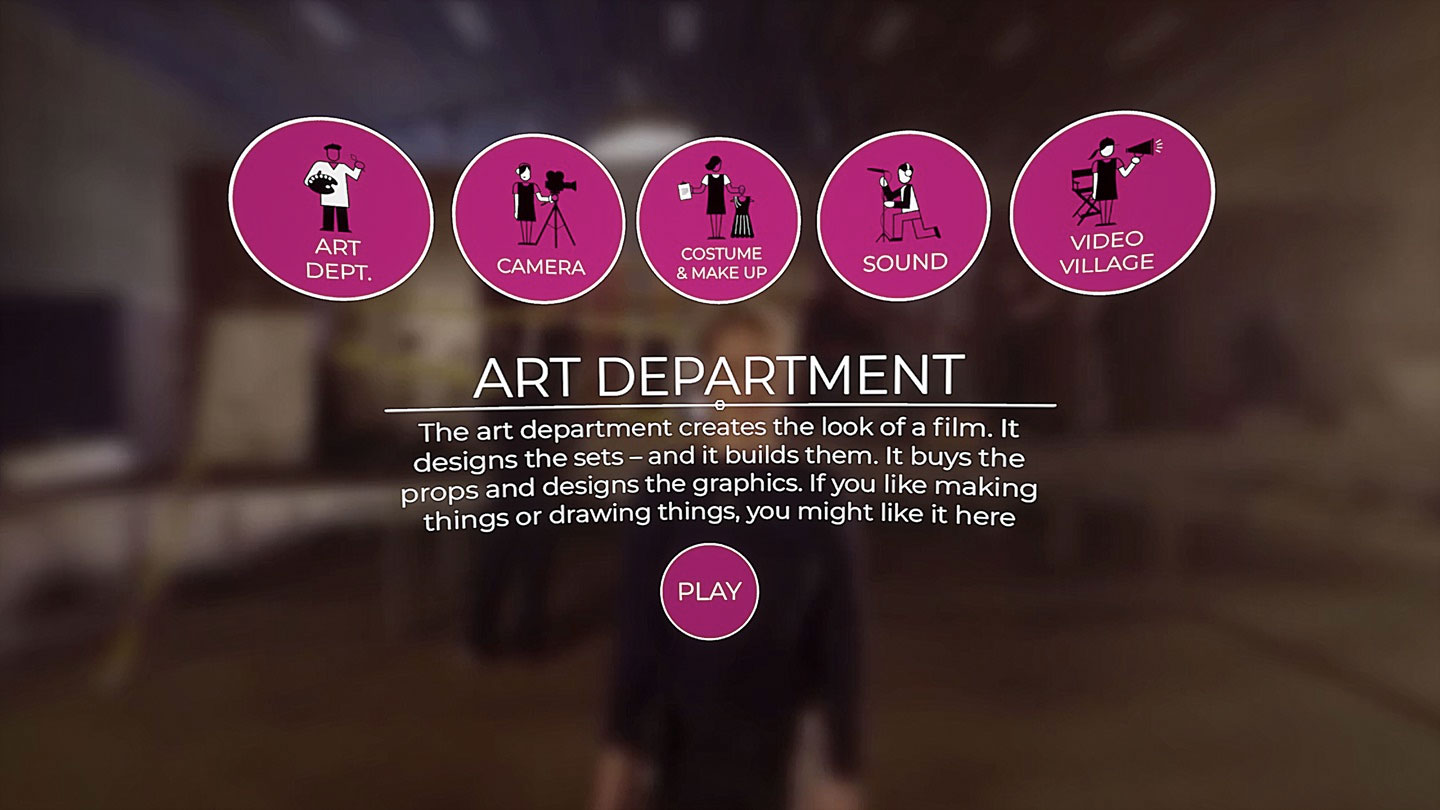 The ScreenSkills – First Day: On Set experience in Virtual Reality seems designed to take the experience beyond the area close to Pinewood Studios, although the setting is still Pinewood. During the experience, you’ll get to meet a house painter that shares his experience and surprise when he discovered he could do a living painting sets, a clear example that the virtual visit to Pinewood follows the same logic that led to the Skills to Film initiative in the first place.

In ScreenSkills – First Day: On Set Sarah, the 3rd assistant director, is responsible for introducing you to the different departments you’ll get to work with. You’ll have the opportunity to visit the art department, camera, hair and make-up, sound, and the video village, which is where the director and producers work. Each junior crew member explains their role in the filming process as well as well as giving advice on how they got in. This is a great opportunity to see all the people that make a production happen and what they do, culminating in watching the final scene of the shoot you have experienced. 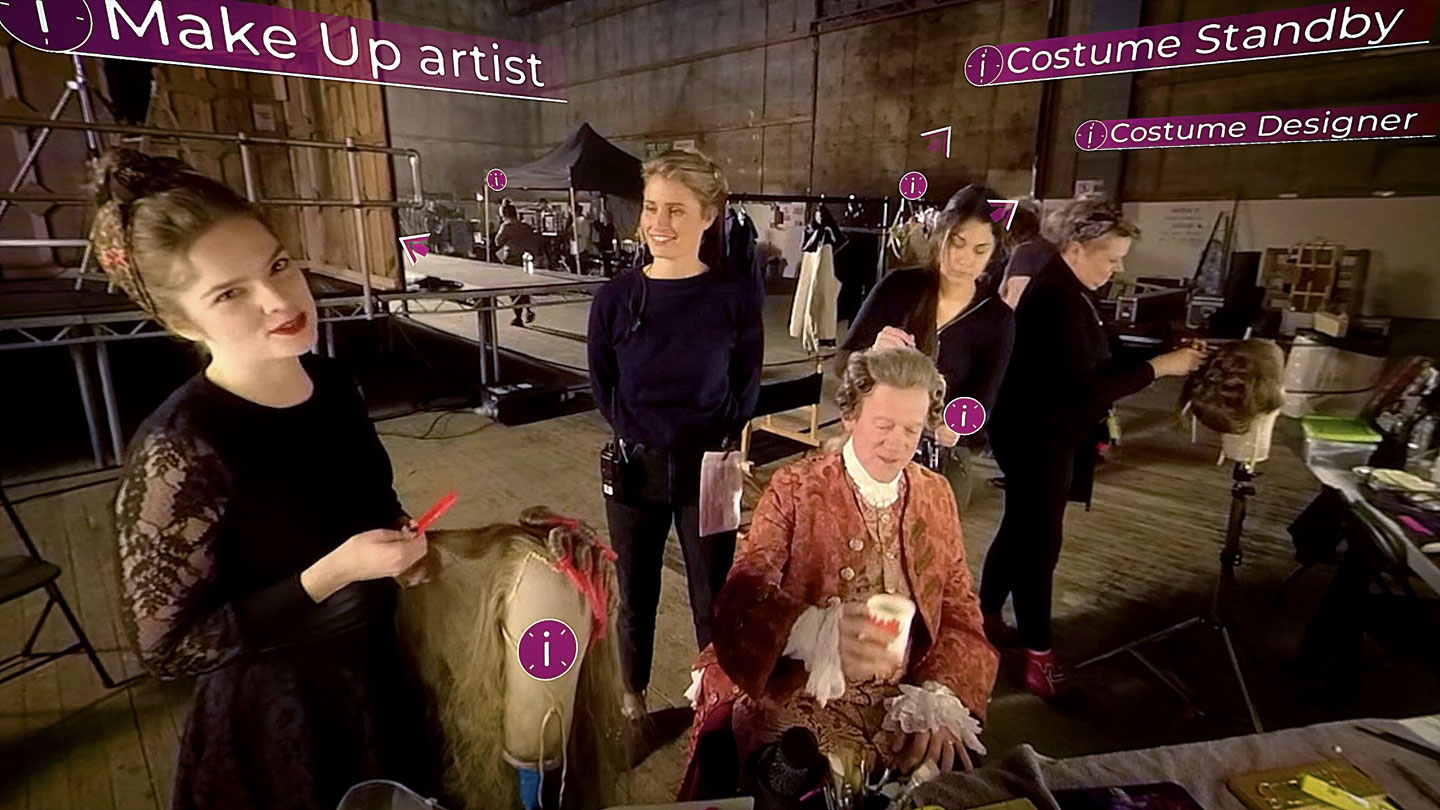 Produced by The Third Floor

It is possible to select which department to visit and for each sequence the professionals will share their experience, complemented by info accessible on each screen. Easy to navigate and giving you a sensation of immersion, ScreenSkills – First Day: On Set was produced by The Third Floor a company that uses the virtual world to imagine, plan and problem solve for stories in film, television, games, VR and themed attractions and has as clients names as Disney, Netflix, Marvel Studios, MGM Paramount Universal Studios, HBO, Electronic Arts, BMW, Pepsi, Mercedes, Burger King, or Chrysler and many others. 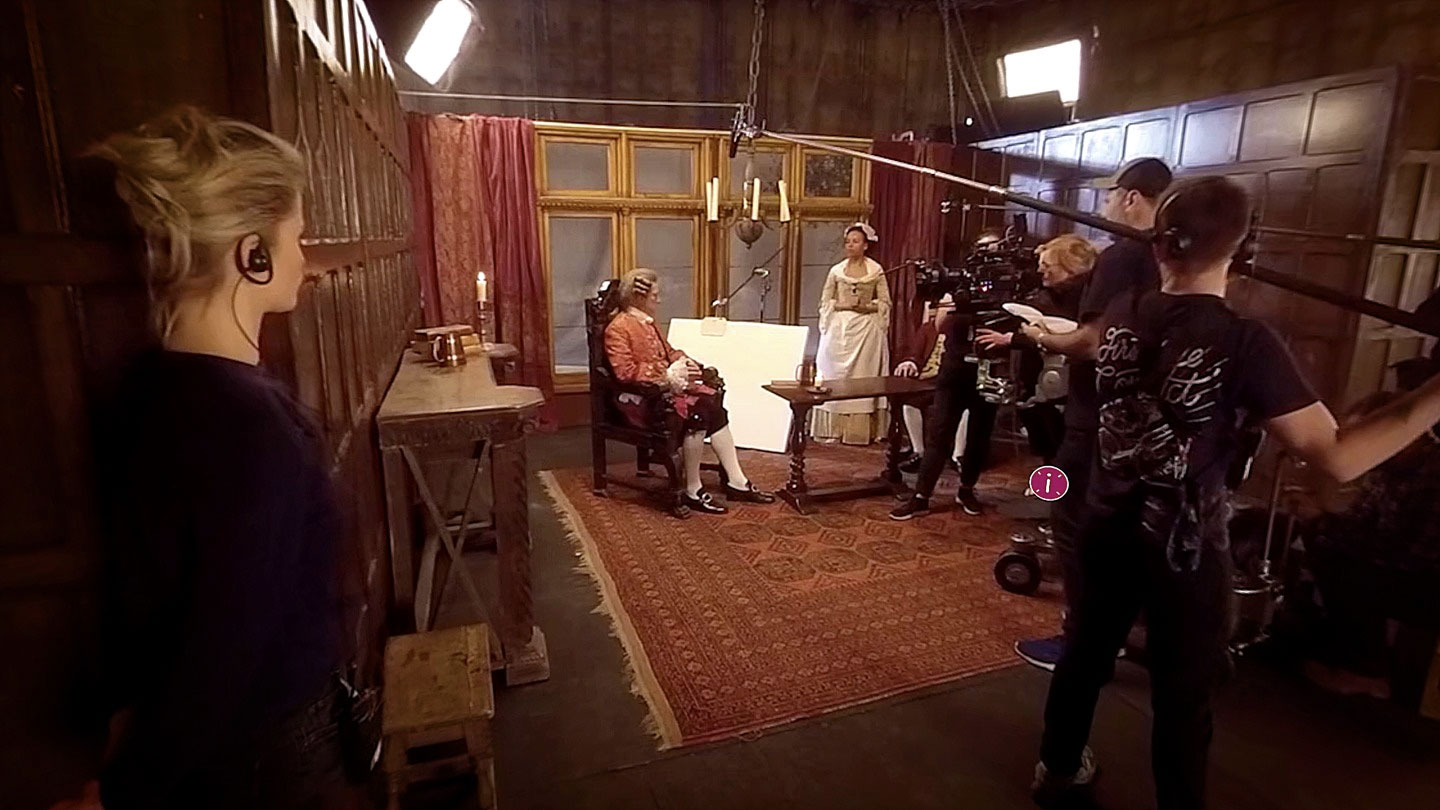 The Third Floor signature is in the work made for titles as The Mandalorian series for Disney,  or the interactive, immersive adventure The Martian VR Experience, executive produced by Ridley Scott, which allows viewers to experience the astronaut Mark Watney’s perspective, performing tasks that will facilitate his changes for survival. Fly onto the surface of Mars, steer at zero gravity through space, drive a rover and experience key scenes from the hit film in a 360-degree virtual reality environment.

Launched this year for Oculus Rift and Oculus Rift S Virtual Reality headsets, the app is FREE to download from the Oculus store. The title of the VR experience – ScreenSkills – First Day: On Set – suggests that more titles will be published in the future, creating a series of virtual classrooms that can be explored by students anywhere around the world, thanks to the magic of Virtual Reality.