Scott Peters is a self-­‐proclaimed “everything” man. He can direct, produce, edit, shoot, and produce graphics on both large and small budgets. Freelancing offers him the variety that he enjoys and has helped him build an impressive resume. His most recent gig was working as a Digital Director and Producer on the BBC’s The Voice UK, where his team produced all digital content for the wildly popular show using Adobe Creative Cloud.

Scott Peters is a self-­‐proclaimed “everything” man. He can direct, produce, edit, shoot, and produce graphics on both large and small budgets. Freelancing offers him the variety that he enjoys and has helped him build an impressive resume. His most recent gig was working as a Digital Director and Producer on the BBC’s The Voice UK, where his team produced all digital content for the wildly popular show using Adobe Creative Cloud.

Adobe: How did you get your start?
Peters: I learned everything I know on the job. I started filming when I was about 12, doing skateboard videos and emulating Jackass videos. At 16, I started getting work experience running on commercials and TV shows.

My plan was to forego university and keep working, but I joined a band instead and spent the next four years traveling through Europe and the UK. I did promo videos and online content for the band when YouTube was just starting to take off. Soon other bands and labels were asking me to produce content for them as well.

As much fun as the band was, I reached the point where I wanted to focus more on my video work and have a more financially stable career. A contact at Sony Records put me in touch with a production company in the UK and I started doing online and digital promotion for big UK acts such as Jessie J and Ella Henderson. That work led to jobs in the U.S. for Budweiser and bigger clients like Malibu. My work for Malibu is what actually led to the connection that landed me my job on The Voice UK. 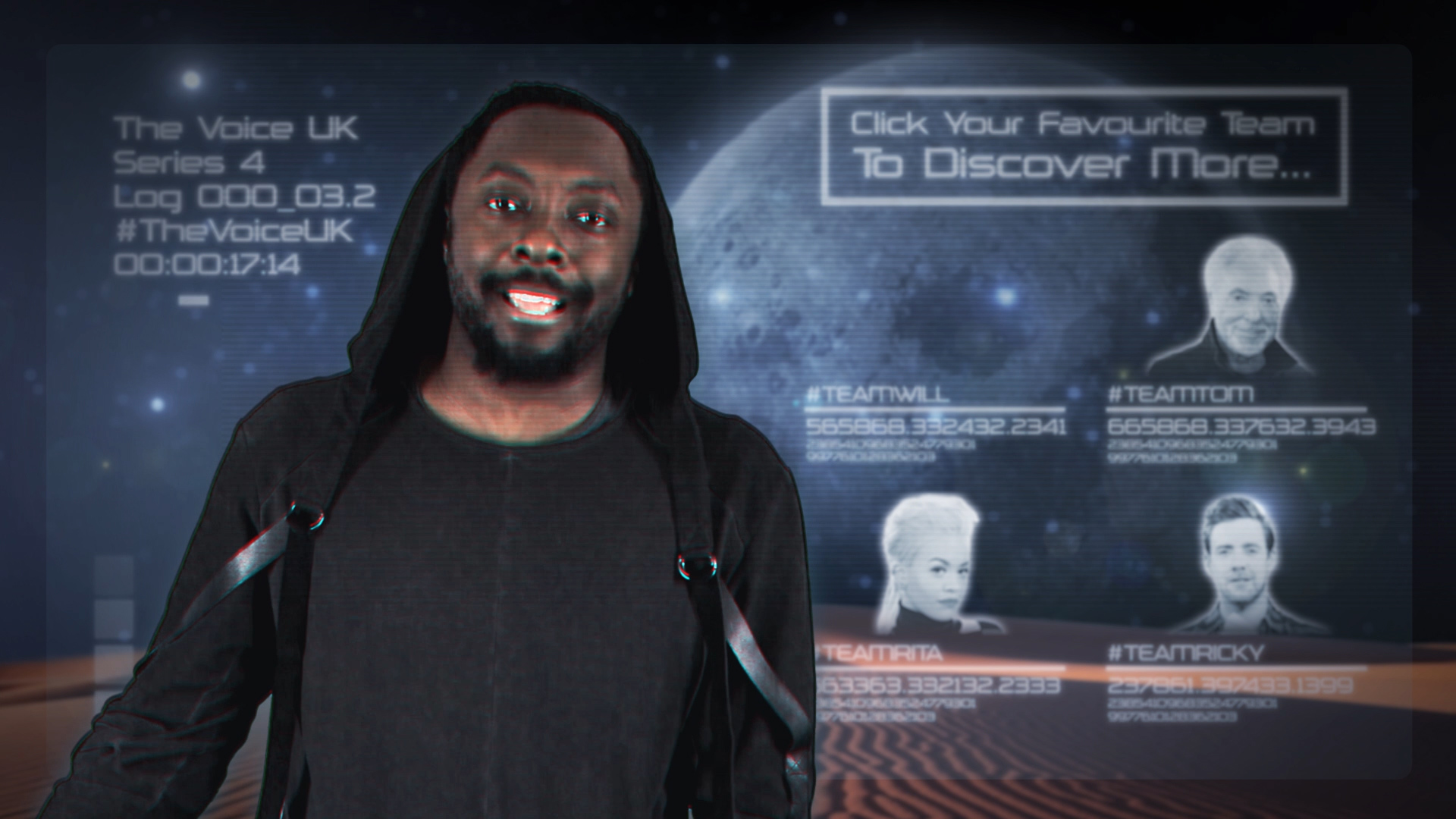 Adobe: What is special about The Voice UK?
Peters:The Voice is popular in the United States, but in the UK it is one of the biggest shows on the BBC. The population here is 64 million and on one night the show reached 11 million viewers. That means one-­‐ sixth of the country was watching the show on a Saturday night.

Adobe: What was your role and workflow on The Voice UK?
Peters: I was Director and Producer on the Digital team, I also did the bulk of the post work and a lot of shooting. We started in September 2014 and did all of the pre-­‐records in Media City in Manchester before the holidays. Beginning in January, we worked six days a week making different types of digital content from the show footage, including a round-­‐up clip that went out on Saturday as soon the show ended.

We all collaborated closely, and our team used Adobe Creative Cloud extensively. We used Audition CC in post for the voiceover work. We also used After Effects CC for the visual effects and Media Encoder CC for all the encoding. Everything came together in Premiere Pro CC. Oh, and let’s not forget Photoshop CC; we did a lot of green screen work and all the assets for this were built here along with any titles and a lot of hand-drawn assets. My colleague Producer Klein Borrill, who heads up all of the non-moving visual content, created everything in Photoshop CC with photos taken during production and grabs from the final show.

Adobe: What did you like about working with Adobe Creative Cloud?
Peters: We have to do the best we can do in the shortest amount of time possible. We really want it to be something special. I’ve worked on other projects where we’re using a whole bunch of tools from different vendors and we spend twice the time and don’t get the end result we want. What I love about Creative Cloud is how everything works together and we get a lot higher standard quality of work done in a lot less time. 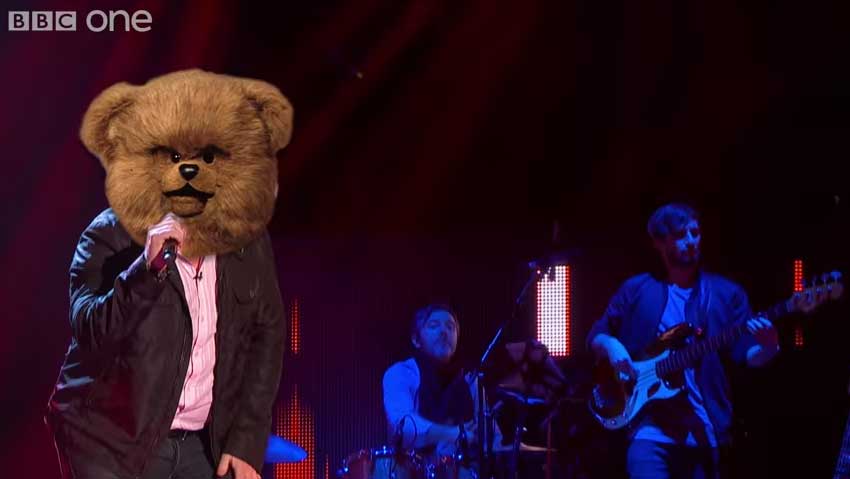 Watch: EXCLUSIVE – If Bungle from Rainbow ACTUALLY auditioned… – The Voice UK 2015 – BBC One

Adobe: How did you build a consistent look for the show?
Peters: One of our digital producers I mentioned earlier was also a photographer and made all of the content for Facebook, Twitter, Instagram, Tumblr, and the website. He uses Photoshop CC and Lightroom and we worked closely together, sharing assets through Creative Cloud Libraries. Maintaining a uniform look across all deliverables helped us build brand identity to drive viewers to the show, build up our numbers on social, and keep people engaged.

Adobe: What results have you seen so far for The Voice UK?
Peters: We supplied all of the content for The Voice UK app, which this year received 980,000 downloads. The numbers on social media outlets are impressive too. Ours was the second BBC show to have its own YouTube channel and we now have 215,000+ subscribers and 111 million views.

Before the holidays, we also shot end slates of the coaches telling people to click to subscribe, visit the website, or visit the BBC iPlayer. It’s important to have end slates, especially if you have somewhere to point viewers that is really valuable. The BBC saw 30,000+ click throughs to its iPlayer from our end slates on YouTube, which was three to four times higher than any other show on the BBC. 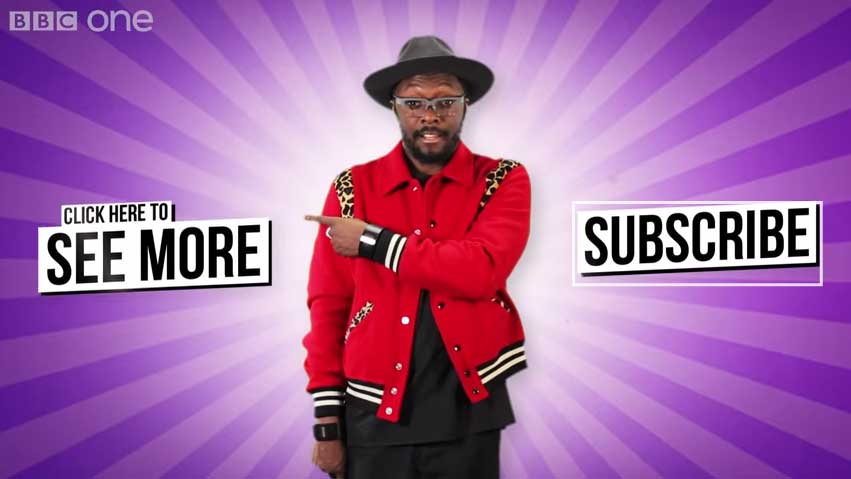 Adobe: What’s next on the horizon for you personally?
Peters: I love digital and television work. The lines between them are getting more and more blurred, especially in terms of quality. I’ve recently done some brand work for HTC Mobile and Intercontinental Hotel Group, and I’m also currently working on a show for MTV. Creative Cloud is great for someone like me who wants to produce the highest quality work no matter what the budget.

All images courtesy of the BBC.