The post-production team for the hit TV series challenges the notion that you can’t have speed, quality, and cost-effectiveness in one package.

The team behind the primetime hit series Scorpion takes an unconventional approach to post-production to deliver a staggering number of VFX shots.  Working within a timeline and budget that would give some artists heart failure, they seem to do it without breaking a sweat.

When you think high-end visual effects for a big action primetime show, you typically think expensive Flame suites, fiber optic networks, and a small army of pipeline developers making things run smoothly. However the Scorpion team have approached things very differently. Eschewing the traditional model where premium equipment is the norm, the crew has instead focused on a lean, mean pipeline leveraging commodity software and hardware.

Overseen by CBS VP of Post Production Jeff Henry, the Scorpion team is seeing an estimated 20% reduction in budget through looking at post from a different angle. There’s no single magic bullet here; the entire pipeline has been tooled for expediency. From codec choice to a simplified shot management system, to the physical proximity of the VFX team and the editorial department, Scorpion’s pipeline has been carefully calculated and refined. And of course with primetime delivery deadlines you simply can’t afford those calculations to be off.

Visual Effects Lead Greg Silverman was gracious enough to give me a tour of their facility and openly discuss their pipeline. I’ve been around a lot of post facilities in my time and the best word I have to describe the atmosphere at the Scorpion HQ is “calm.” Now maybe I got lucky and picked a day of smooth sailing, but I don’t think so. Based on our conversations it seems like the production team are just very good at calibrating workload–understanding what the internal capacity is and when it’s time to send work outside.

So let’s take a look at exactly what makes this VFX pipeline hum so smoothly.

First off, the majority of in-house VFX work is performed in Nuke–no surprises there. But what might surprise you is that Nuke is happily humming along on iMac workstations sharing a networked 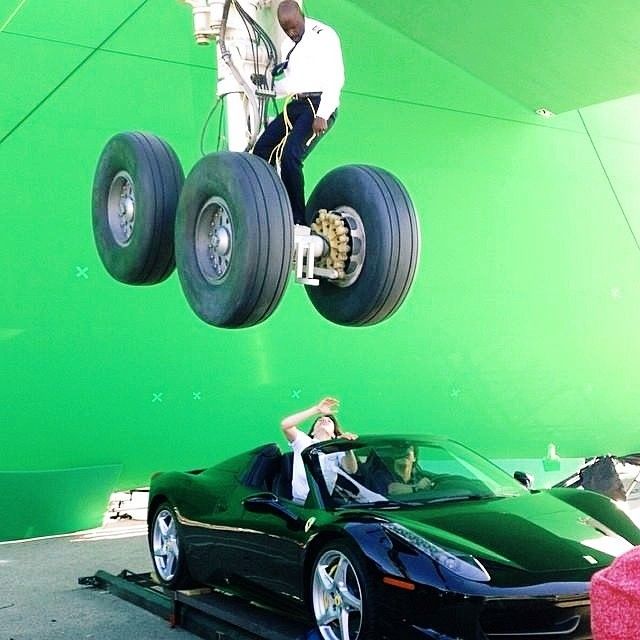 32TB Promise RAID unit. Truth be told, a modern iMac with a decent measure of RAM is more than enough to blast through UHD content. Given that Scorpion is a 1920x1080p show, the iMacs make light work of processing and rendering even the heaviest of comps. The in-house VFX team utilizes Deadline for rendering comp work and enables them to be comping and rendering locally simultaneously. The team’s hardware consists of 5 iMacs: 3 primary workstations as well as a machine dedicated to manage throughput to and from the RAID array. In addition to the artists’ machines, the 5th machine is a “floater” iMac that doubles as a backup comp workstation as well as the repository for custom gizmos and Deadline’s render functions. The team’s hardware has proven to be a cost-effective model; paired with a talented trio of artists it yields a high volume of comps daily.

Once editorial is locked, VFX Editor Brad Schreiber generates an AAF from the Media Composer timeline and uses DaVinci Resolve to conform and transcode the source files to DPX for the VFX teams. While EXR’s could potentially be a better fit for Nuke, DPX is a tried and true format when collaborating with external vendors.

One nice touch in the pipeline: the on-set DIT generates a CDL that Resolve converts to a .cube file, which in turn drops right into Nuke to give the artists a basic sense of the intended grade–at least according to the DP on set. Of course, anyone who’s worked in post for a while knows that on-set LUTs can often be misleading, since colorists tend to discard any pre-grades and start flat. Nonetheless, the CDL at least provides a sense of where the production crew thought the shot was headed color-wise.

Camera tracking is a huge part of standard VFX work these days, so having camera data makes a significant difference to solving 3D tracks quickly. It might surprise you then to know that the Scorpion team relies on hand-written log sheets for lens information rather than embedded metadata. In reality this is actually a smart move. Metadata seems to always get lobotomized at some point in the transcode chain. Of course, given that most of Scorpion is shot using a 12:1 290mm-24mm zoom lens the log sheets are only going to be so accurate. 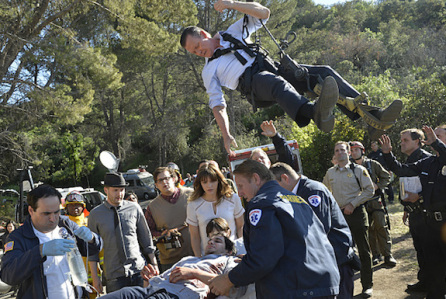 Comps are rendered out as both DPX and Quicktime files, with the Quicktimes used primarily for review; the DPX’s come into play for the final online conform at Chainsaw–the studio performing finishing for Scorpion.

One thing noticeable at Scorpion’s facility: it’s clear that the team was carefully picked. These are artists and producers willing to try novel approaches and who are not precious about “how things should be done.” That may not sound like a big deal, but believe me it’s a much trickier ecosystem to cultivate than you’d think. It’s a testament to the experience of the producers that they’ve managed to identify and recruit just the right people to work with the pipeline and not fight it.

One more surprise coming from such an efficient operation: it’s a union house. As members of the Local 800–the Art Director’s Guild–the VFX artists enjoy all the privileges and benefits that an IATSE union provides. Unions are extremely rare in the VFX world and their collective bargaining power in the modern era of outsourcing is an area of hot debate.

The fact that Scorpion’s post team is union and running a lean budget is at odds with the views of many who feel that unions can’t survive in the face of modern post-production market pressures. The fact that artists can enjoy union benefits (the motion picture industry health and retirement funds are legendary) and operate not just at budget but also under it makes Scorpion’s model worthy of a closer look.

A quick shout out to the crew