True silence in filmmaking is rarely used. There might be a bit of silence at the fade out to black or between scenes, but during a scene, although someone might not be speaking and there is no score or sound effects, it is not “silent” – there is a sound to that unique space and the quality of the recording itself. Room tone, sometimes called room noise or fill, is simply the recorded sound of a particular room that a scene is being shot in. That sound is caused by many factors – lights, refrigerators, air conditioning, people, furniture, as well as the “sound” of the microphone, the “sound” imparted by the recording device and the specifications of the recording. As this last sentence indicates, no two rooms and no two room tones are “the same.” In fact, the same space will have a different tone at different points of the day.

Room tone’s main function is to cover unwanted noise and fill gaps in the sound. For instance, a quiet scene is recorded between two people and there are lots of long pauses in the performances. Perhaps the best takes have off-camera sounds like random production noises, talking, coughs and hits. These can be easily fixed by a dialog editor by pasting a bit of room tone over the offending noises. With a precise edit and proper cross-fades, no one would notice the fix. 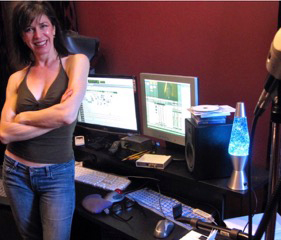 Jackie Johnson is a dialog editor and mixer as well as a highly regarded jazz piano performer. She’s been cutting sound professionally for over 15 years and has offered her expertise to over one hundred projects. She was nominated for a 2013 Emmy Award for her work on “Seal Team Six” and shared a sound team win for a 2016 MPSE Golden Reel Award for “All the Wilderness”. Jackie is a meticulous editor and room tone is a key component in her sound and dialog editing work.

Here Jackie talks about working around not having room tone –

“It isn’t always recorded, so you have to create it from the audio clips you have, and sometimes you don’t have a lot to work with. You can take parts of scenes that are quiet, and also find it in the handles of the audio clips. The longer the handles you can get, the better. Put it all together and, yes – you have a mess. But with new noise reduction software, you can get rid of some, all or at least enough of the issues. Then double the length of your tone by copying it and reversing the second half. Then that tone will have been created by the very same mic at the very same time in the clip you’re working with.”

When editing location audio, besides creating a seamless dialog track, the dialog editor also creates a track that’s called production effects, often referred to as PFX. PFX is typically any useful location recording that does not have dialog in it. Examples include – someone breaking a glass, or pounding on a door, or working in the kitchen, running water and chopping vegetables etc. Editing the location PFX out onto non-dialog tracks assists the mixer when they create the final sound effects stems and sub-mixes.

Jackie continues on her use of room tone –

“We need room tone to fill when PFX are removed, or when bad lines are muted to be replaced by ADR. Also, sometimes, during a quiet spot in the scene, the world outside doesn’t realize someone has said “quiet on set!” and you’ve got a lot of busy noise in the middle of what should be silence. You can cut out that noise and fill it with room tone – if it matches.”

Room tone is also a key component for mixing dialog replacement, often called ADR or looping. I have a post specific to ADR here. A dialog editor will edit a piece of room tone under a newly rerecorded dialog line. Adding that scene’s room tone under an ADR line allows the mixer to create a seamless blend of the location recordings and the ADR.

Some audio deliverables require a dialog track that is filled from start to finish. In those cases room tone is key to keep the dialog track filled with audio, while other sounds might be happening in the sound track. Room tone can also be very useful in allowing sound effects editors to enhance the PFX in the sound design and help blend Foley recordings with the PFX and with the dialog tracks for the final mixing. Room tone is the glue in sound editing that creates the continuity from edit to edit.

Why not just use any recording of any room. Jackie discusses that here – 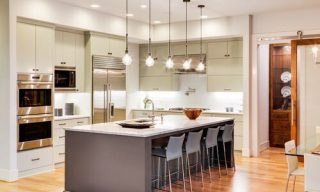 “Every room sounds differently due to its shape and contents, but also what machines are running, what traffic is going by outside, or even what bugs or birds are making noise outside the window. These things change throughout the day, so getting room tone at different points in the day is helpful as well. Even one shot can have completely different tone than another shot in the same room, often depending on what direction the mic is facing and what it’s picking up in the background.”

On-set room tone recordings are highly important because creating usable room tone from the scraps of the location recordings can be difficult. Jackie again – 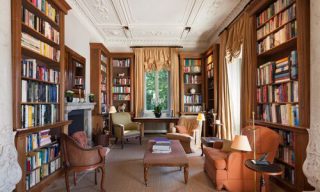 “Truth be told, a lot of room tone creation can by tough, and barely achieved by the skin of my chinny-chin-chin. But, I guess I would say…. The most essential room tone is that [from locations] in odd places. When I did “Sawney: Flesh of Man”, [renamed – Lord of Darkness] there were a lot of cave scenes. My personal room tone collection was no help in that case. I had to hope and pray they gave me plenty of handles. Each room in the cave was different as well, along with all sorts of machines in the caves, all making noise.”

Picture editors do whatever it takes to tell the best story that they can with the footage that was shot. They make the edit choices that they need, to tell the story at hand, to add pacing, tension, surprise or humor. If a series of edits has “cheated” moments, using parts of moments that may have originally been meant for use elsewhere, this can often cause a discontinuity with the location audio. Moments of “silence” must be filled with room tone. True digital silence would jar the audience out of the story, They may not be able to specifically identify what is wrong, but they will absolutely feel that something sounds off. They have become subliminally accustomed to the sound of the space’s recording and humans are extremely sensitive to auditory shifts.

Many movies have loud and busy soundtracks and room tone has less importance. But movies that are quiet, or have a sparse score and minimal sound effects leaves the dialog track open and bare and audiences will be keenly aware of the blend of the dialog in the mix. There was a Indie thriller feature that I was supervising sound editing and I brought Jackie on to cut the dialog. It was shot on film and like all productions had challenges with the location audio. One scene in particular had an issue with a bent film reel clanking through a very quiet, but also defining scene in the story. Jackie’s masterful editing of alternate takes and room tone reduced the ADR needs of the scene down to just a few key lines. Jackie explains – 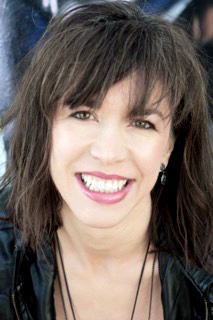 “There was also the movie (that you and I did), “The Least of These”, portions of which were shot in a church… nice and quiet. It was almost too quiet since what got recorded was the reel noise. But it seems like the noise was intermittent enough, every second or two, and was able to be cut out and replaced with, yes, room tone! That scene especially had to be very, very quiet since it was not only in a church, but also a very emotional scene.”

Audio is one of those aspects of filmmaking where the can often gets kicked down the road to the very end. In discussions with producers I’m often told that there was simply no time on set to bother with recording room tone. Sooner or later however, the dialog will need to get cut, the sound will have to be mixed and the stems and sub-mixes will need to be output. Room tone will inevitably be an important part of that process. So the “money saved” in production for an occasional 30 second recording on-set, is a cost moved to post production audio with a dialog editor who takes hours of sound editing time to create it.

Fred Ginsburg, CAS, Ph.D, a Production Sound Mixer (location recordist) as well as an educator and author, has a simple but very useful technique for getting room tone on sets. He found that many productions resisted taking the time on set to record it. So he took the moment, on the first take of each major (audio) location –when picture starts rolling and when everyone was waiting for him to tell them that “sound is rolling”, to simply announce “hold 30 seconds for room tone” and then simply counted to 10 before he told them “sound speed” and the director then called “action”. This way, at the start of every scene was at least several seconds of clean, usable room tone, perfectly recorded, with all the same gear, positions and time of day as the takes that would follow it.  Capturing it on the first take meant that the delay did not interfere with any dramatic mood or rhythm established by the Director and Actors. Simple, unobtrusive and infinitely useful – just like room tone. Fred also pauses for a “zen moment” at the start and finish of every subsequent take, just to sneak in that extra second or two of room tone at the head and tail.