Dialog is an anchor element in sound for film. Everything gets mixed around the dialog. Shooting can be a messy process and what gets recorded can be catch-as-catch-can. No matter how much planning goes on – spontaneity reigns. It’s more than likely that for some reason, some of the set recordings are going to require dialog replacement. That being said, contingencies should always be made to try and get as much location audio recorded while – the actors are charged, the lights are hot, the performances are fresh, and the equipment and room is the same. Yes, that means recording dialog even if the camera is not rolling.

Great directors and producers make sure that the location sound crew has what it needs, and is a vital member of the production crew. Unfortunately, sound will always take a backseat to picture, but a professional crew can help not only in production but also in post-production. I recorded audio for many years for live and live to tape shows and felt it was my duty to report the airplanes, busses, motorcycles and so on that I heard through the headphones or the monitor speakers. This way they were informed and it was the choice of the production to move on or to stop and retake.

Invariably, when location has wrapped and post has begun, audio issues are found. A great dialog editor or team is an indispensable part of audio post. They can find ways to save location audio either by clever editing or by finding alternate takes for the problematic line that can be cut into its place. Of course, sometimes, there is no other choice but to replace the lines. Replacing dialog is often referred to as ADR. 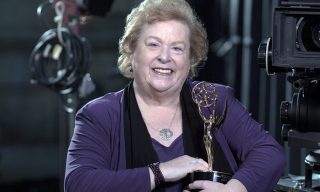 Victoria Rose Sampson is a writer/director, film and sound editor. She has been a renowned Feature Film Sound Editor since 1973. With over 193 titles of post-production sound work, she has edited the sound on Academy Award winning films SPEED, THE RIVER and won 4 Golden Reel Awards and an Emmy. Although Victoria has worked on huge Hollywood films, her advice holds true for any project of any size.

“They sometimes come in months after they’ve shot the film and their heads may be in a completely different part by the time they come in for ADR.  It usually takes about 3 takes to get them used to: seeing their mouths say the words, get back into the performance and then to get it to sync up. Usually, when they get the intention right, the sync will follow. And to me, intention wins over sync!  Rhythm wins out over sync as well.”

“ADR involves performance, level, projection, sync and vocal timbre.  I constantly remind actors that they have to imagine they’re outside (if they are in the film) and to raise the projection of their voices because we tend to project more above the noise floor. On an ADR stage, we’re in a very quiet room and it’s counterintuitive to speak up. Plus, I’ve found there is a funny illusion for actors that when the camera is close to their faces, they speak lower, just like when mics are closer to their faces, they also speak softer.  So master shots are usually projected a little more than the matching close up shots, simply because the camera is closer to them!”

Choosing which new take, or combination of takes can often be a difficult process. The repetition of hearing the chosen takes and line readings repeatedly during the editing process can become a barrier to change. Many times, in the final dialog editing process, the choices will employ a skillful blend of location dialog and ADR – simply because the director cannot bear to lose the original performance caught on set.

Vickie continues – “It [ADR] walks a fine line because everyone loves production [location recordings]. And probably 50% of what we ADR, we end up using production anyway. But we have to do it sometimes “just in case.”  I believe, and I tell directors this, that if an audience member has to turn to his/her friend to ask “What they say?” while watching the film, then that is a good candidate for ADR. Is it worth it to keep production if it takes the audience out of the experience of watching the film for a few seconds?”

I might also add that each step of the ADR process requires a high level of skill. The recordings need to reflect the sound quality of the location recordings, the dialog/ADR editor will need to cut the ADR to sync with the picture, and the mixer must be able to blend the location and ADR to be a seamless match so as to not pull the audience out of the scene. At the end of the day however, it’s the performance that matters most.

Vickie offers more tips on working with actors – “Another technique I like to do is to get their bodies involved, especially for breathing while running scenes. To me, breathing helps ADR not look and sound like ADR. So I’ll have them run around the stage or do push ups, whatever can get breath into and out of their bodies.  If they are struggling with another character, I will sometimes go up to the mic stand with them and hold onto them so they struggle against me. It gives the ADR some form of authenticity and makes it more believable.  If the film involves a lot of yelling or fighting vocals, I will do those at the end of the day so I don’t trash the actor’s voice while he/she still has dialogue lines to deliver.” 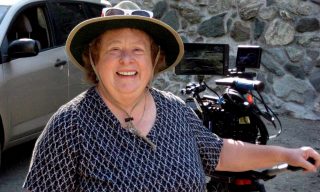 For INDIE filmmakers who are wearing many hats, including replacing dialog, Vickie’s ideas will are an excellent reference point on approaching rerecording the actors and their performances. Get the actors up to speed not only in emotion but also in their physical state and their voice projection and breathing. Also use similar microphones and recording gear to rerecord these performances to further assist when dialog mixing to better match location dialog to the ADR. Great sound means that the audience buys the story being told – in images and sound. If there is nothing jarring or out of place, the audience will happily suspend disbelief to go along on the ride.

It can be frustrating to work in sound since most audiences have no idea about the comprehensive and detailed skill involved with film sound work, and particularly since the craft, by its very nature, needs to be “invisible”. But those skilled in the art of dialog editing, ADR recording, editing, and mixing, and anyone involved in the post audio process knows that everything done is in service to telling the story at hand.

Vickie adds – “It’s not a glorious editorial position and yet the most important. The only ones who may know what you’ve done are the film editor and the re-recording mixer.  If you’re looking for accolades and praise, it’s not in dialogue editing. If you do it well, no one will notice what you’ve done!  It will make the dub go more smoothly which means it saves the production money. But no one will credit you for that either.  The satisfaction for me comes from knowing I fixed things to allow the audience to get lost in their experience of the world the movie takes place in.  If they don’t know they’ve just heard ADR instead of production dialogue, then I’ve done my job well.”

If every department does its job well then the audience will be none the wiser about all the talent, effort and skill required to make all the moments meaningful and have impact. Pros like Victoria Rose Sampson know that great sound is all in a day’s work for great Hollywood films.