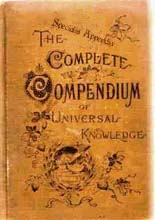 Role of CIO increasingly calls for monetizing IT, intellectual assets.

The CIO job has gotten its share of bad press, including the snide joke that the acronym stands for career is over. As businesses of all stripes become more information- and digital-centric, however, CIOs are increasingly being asked to use their IT smarts to generate revenue.

The USTA, the world’s largest tennis association and sponsor of the U.S. Open, has accumulated about 25,000 hours of historical video footage from its 129-year-old marquee tournament and other tennis matches. The footage has now been digitized. In fact, snippets of it showed up in the USTA’s “It Must Be Love” commercials for the just-finished 2010 games. A DVD of the U.S. Open’s greatest hits just went on sale, and the organization is working with a third-party company to license the footage so fans can buy it by the slice online.

“We drove that,” Bonfante said. Three years ago, the USTA’sdigital asset management and archival teams were rolled together under his management. “At that point, it was a back-end process and a back-end function. We brought it to the forefront by working with our marketing and broadcast partners to create videos and commercials, and help drive revenue for the organization,” he said.

Role of CIO as rainmaker

Bonfante is not alone in his new role as a revenue generator — according to recruiters at top search firms and analysts who follow the CIO role, the job is transcending its traditional function of automating and enabling other aspects of the business.