What does a director of photography shoot to take full advantage of a brand new 12K RGB sensor? Nature? People? Does one haze a space and show off shafts of sunlight blazing into the room? Or do you plan to find the right weather to capture an early morning mist? When you are amidst one of the busiest years of your career, you capture the moment nearest you. It was the fog over the Stone’s River in Tennessee. I shot as much as I could with the URSA Mini Pro 12K. The mist over a river, the sun rising on a nature trail, and generally incorporated the 12K camera into as much of my work life as possible. I wanted to see if 12K is as impressive as it sounds. 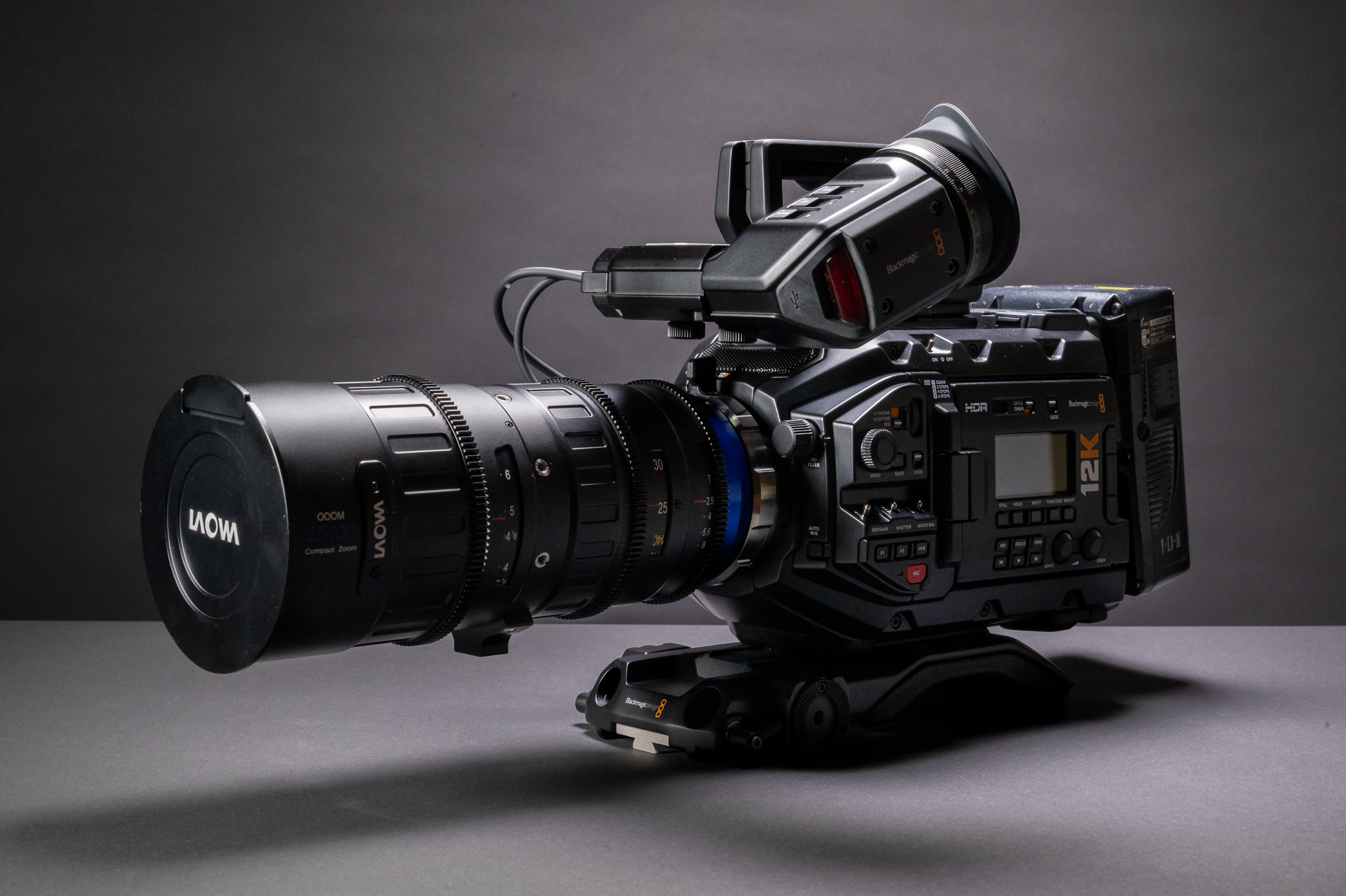 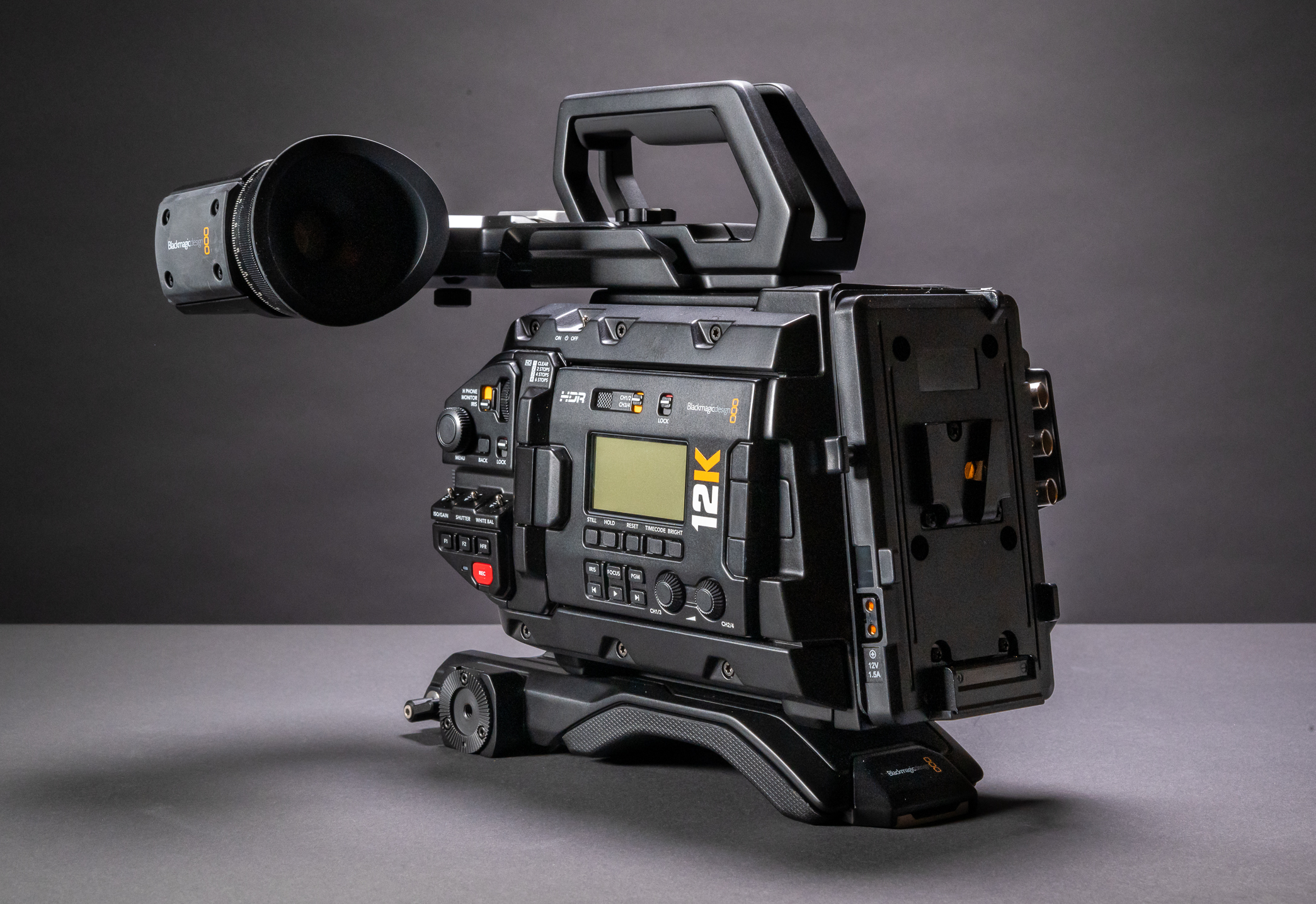 It is what’s inside the deceptively familiar camera body that stands out from the crowd. Yet, I cannot break open a camera loaned to me for about two weeks. I do not have an engineering degree to explain the intricate design of the RGB sensor. I can only tell you my experiences with the URSA Mini Pro 12K. And I can say seeing a 12K image is a wholly new experience for me. What makes the image so damn good out of the URSA Mini Pro 12K? Simply, it is the color mixed with the astounding resolution that is a treat for the eyes. Simply put, stunning.

My schedule is jammed packed this year, believe it or not. Most of my work is in the news business and, well, there has been a lot of news to cover these days, am I right. From coronavirus, protesting, one tornado that came awfully close to my house, two hurricanes, a presidential debate, and the presidential election. It has been a whirlwind year. Meaning the only time I had available to use the 12K camera was the early morning hours, and that time of day did not disappoint. Honestly, Autumn in Nashville is pretty amazing. It might not be New England colors, but I do enjoy it. Taking a 12K camera out to capture it is a treat.

I’ll talk about the color first and then the 12K resolution. The color embedded in the raw 12K files can be pushed and pulled in DaVinci Resolve like no other camera raw I’ve used yet. An astounding amount of color information floods each frame. In Resolve, I could take the single shot frames, captured with the still photo function, and color graded to create a LUT to hand off to an editor. Even on my little ole MacBook Pro, this workflow worked. FYI, my laptop is ten years old and long in the tooth. 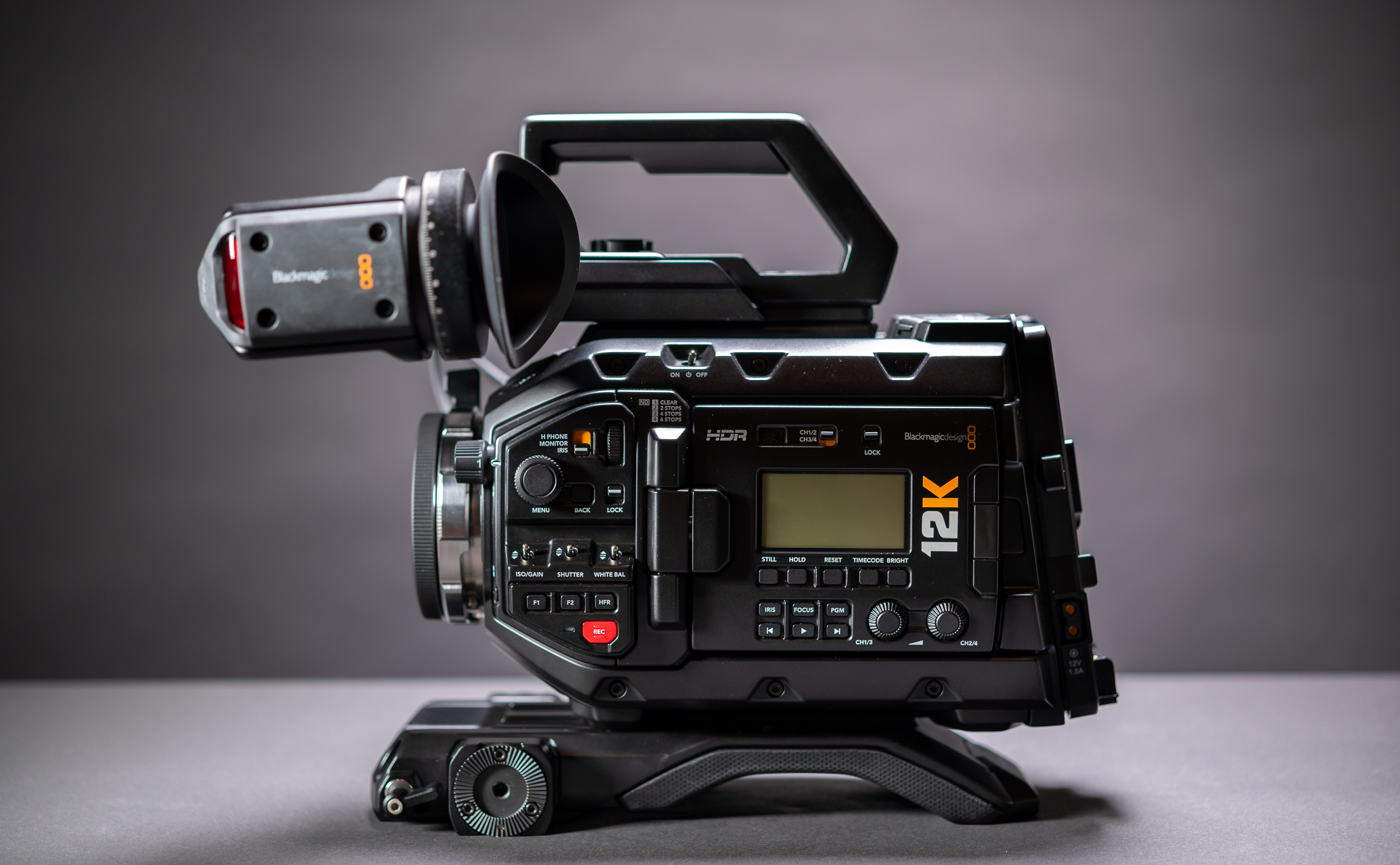 As the dew point and outside temperatures fall around, the same fog permeates around the Stone River behind my house.
One early morning, I shot fog over a baseball field, and the golden rays of sunshine lit up the scene. Fog is not exactly the most detailed scenery to show off 12K footage, but it will have to do. Thankfully, the sun did come out for me too.

At 4K and 8K, the image looks great, but when set to 12K, the URSA Mini Pro 12K sings. There is something slightly more three-dimensional in a 12K image over an 8K image. I cannot put my finger on the difference or even explain it, but the difference is enough for me to want to keep the URSA Mini Pro 12K set to 12K, despite my editing computer power. As I sit and write about my experiences with the URSA Mini Pro 12K, I am still left a little speechless. Resolution and the impact on an image are hard to describe. The 12K image is not “just sharper.” The color mixed with the 12K resolution and dynamic range means one thing: better pixels. 12K worth of better pixels.

I have a pretty strong theory many URSA Mini Pro 12K owners may shoot a ton of 4K and 8K footage over 12K footage. I reserve the right to be wrong, of course. When I tested 4K, I felt like the image was as good as it was in 12K without the excellent resolution. The unique sensor design means what the Super 35mm camera sees in 12K; it sees at 8K and 4K without windowing the sensor. 6K is the only windowed setting matching an S16mm sized sensor.

First, the URSA Mini Pro 12K only records Blackmagic RAW. Nope, no ProRes in the URSA Mini Pro 12K. The hardest part of shooting 12K is not processing the 12K Blackmagic RAW; Blackmagic Design has done a tremendous amount of work under Resolve’s hood; the hardest part comes when one hits the export button. So good is the improvement of DaVinci Resolve I could edit single 12K frames on my Apple MacBook Pro circa 2011. Yes, 2011 and the first model with Thunderbolt. The ancient computer had enough power to create LUTs to hand off to my editor Matt Pfingston. Without scientific research, I could tell, a hunch really, that the 8K Blackmagic RAW with 18:1 compression performed about as well as 4.6K Blackmagic RAW had on an earlier version of DaVinci Resolve. And, 4K processing was nearly buttery smooth on my ancient artifact of a laptop. 4K = HD processing speeds. The amount of work Blackmagic Design put into DaVinci Resolve is impressive. Do not let the idea that processing 12K will be too difficult for you. If you have a decent computer, you will be fine, the process might take a bit, but you will get what you need. 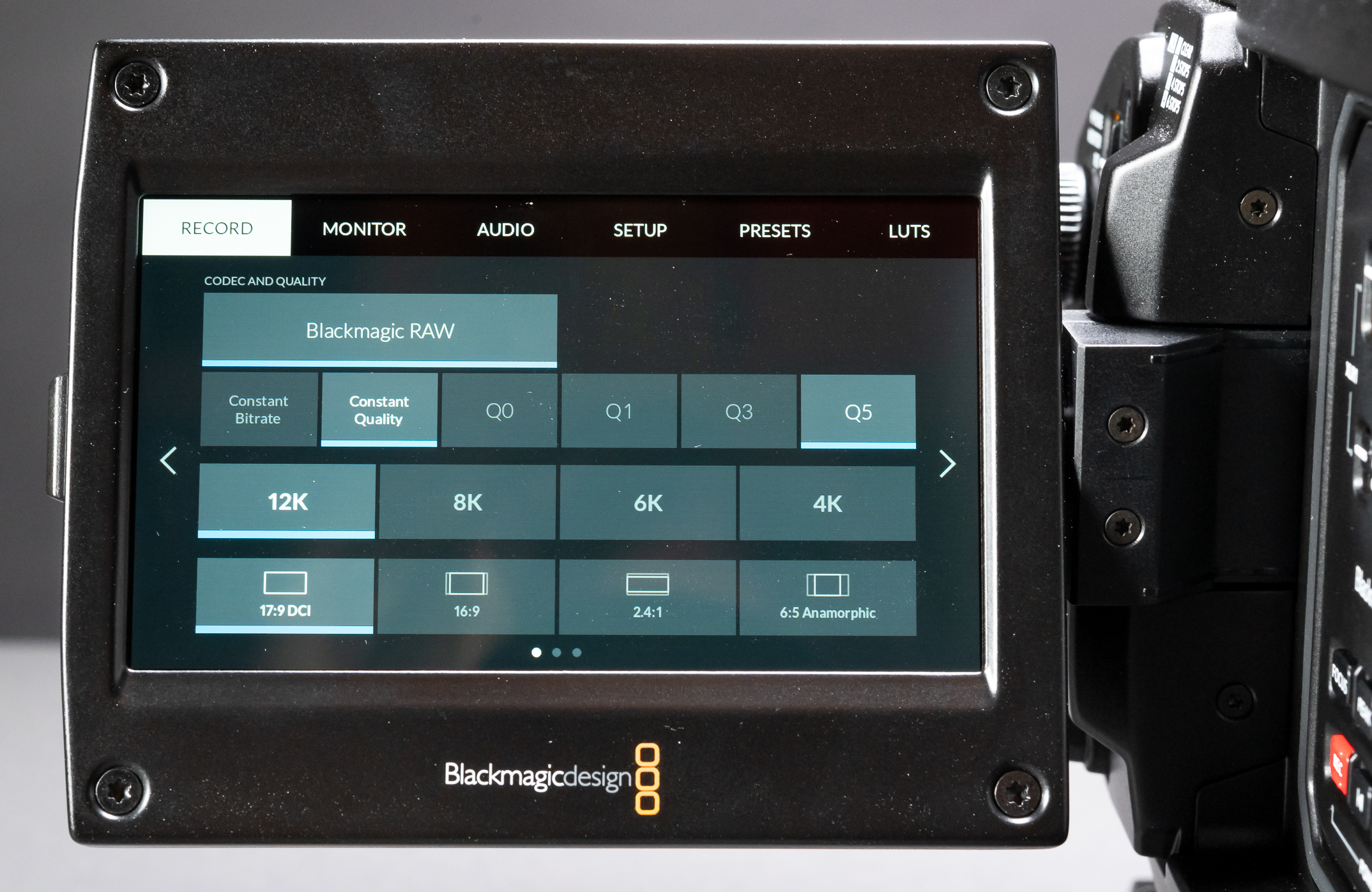 3200 ISO is the top, which I find disappointing but only when looking at other cameras’ capabilities. Now, I hate to compare cameras, and I will not do so here either, but these days 3200 ISO might be enough for most jobs but not every available one. 3200 ISO is a limitation for camera owners, and typically I’m not too fond of limitations when investing in gear. Find comfort that even at 3200 ISO, the 12K image is far less noisy than the URSA Mini Pro G2 and G1. Fixed Pattern Noise also seemed less of an issue on the URSA Mini Pro 12K. The rest of the ISO settings seemed clean enough for worry-less raw footage hand-offs. When the resolution was set to 6K, the Super16mm setting, the noise was not as much as I expect to see, and the fixed-pattern noise was not readily apparent.

I talked to a buddy the other day about cameras and how some made our lives a little easier than others. Especially lately with the introduction of features like autofocus, in-camera proxy workflow, in-camera app connectivity, and a load of other features becoming more and more standard. I will be the first to say I’m not too fond of comparing cameras. I won’t state one camera is better for you than the other. I won’t do so because I don’t know the project you’re shooting, your experience level, and many different reasons. All this to say, a camera needs to be quick and easy to use. No feature or design should be in the way of your creativity and passion. 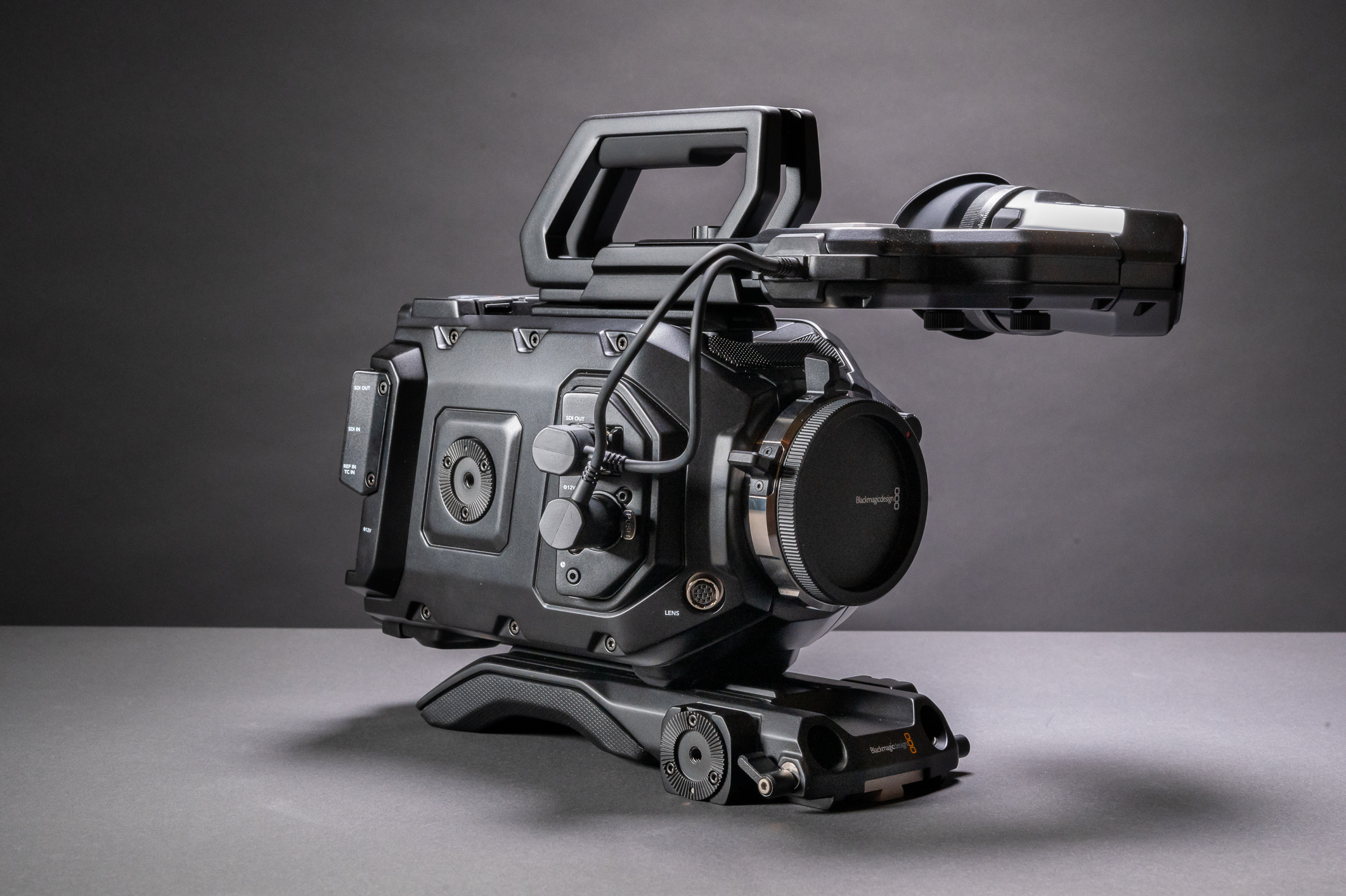 The Blackmagic Design URSA Mini Pro 12K is easy to operate, easy to capture a stunning image, and the files are relatively easy to use. A considerable amount of improvements to DaVinci Resolve helps put 12K into the hands of everyone. Yet, Blackmagic Design still limits the URSA Mini Pro 12K to 3200 ISO, does not have an in-camera image stabilization feature, nor a shoot ready autofocus feature. While missing these features might keep some shooters away from the URSA Mini Pro 12K, it will not keep the serious cinematographer away. With this production segment, the team is used to working together and are less reliant on autofocus and internal image stabilizers than solo shooters. 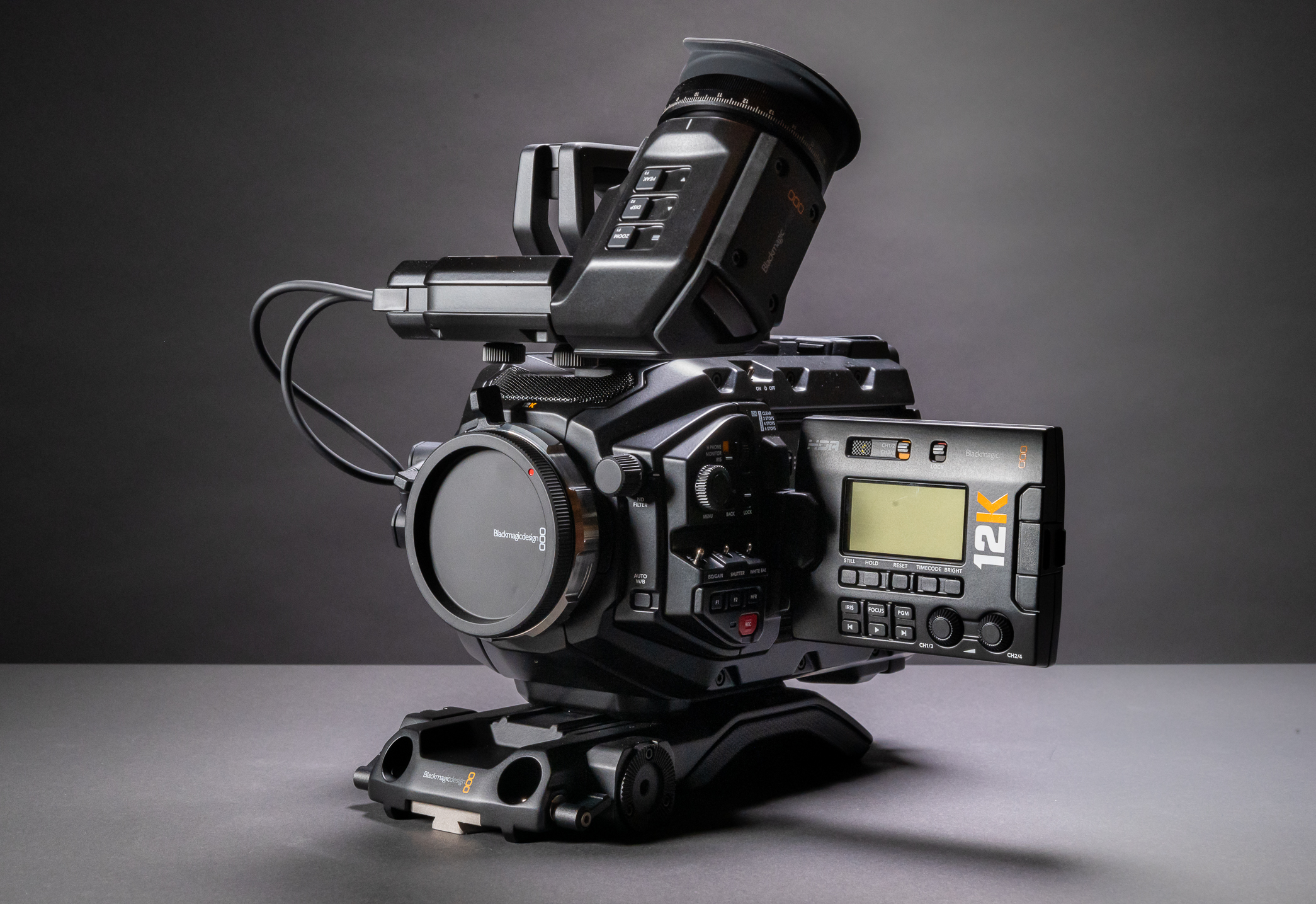