I am amazed how RØDE has been able to shrink, lighten and economize the same core technology we met in the VideoMic NTG in 2020, now at a fraction of the price.

Here is my promised review of the US$99 RØDE VideoMic Go II compact hybrid shotgun microphone, including my own recordings. First, I’ll comment about how it compares with two other RØDE shotguns I reviewed at the beginning of 2020 and at the end of 2019. The new VideoMic Go II shares the same acoustic design of those two, the US$499 NTG5 and the US$249 VideoMic NTG. The new VideoMic Go II also shares the hybrid (XLR + analog) with the VideoMic NTG. But then the differences begin to become clear, as well as the reason why RØDE determined that it would be great to complement these two existing shotguns with one that costs a fraction of either of those two, while sounding very similar. 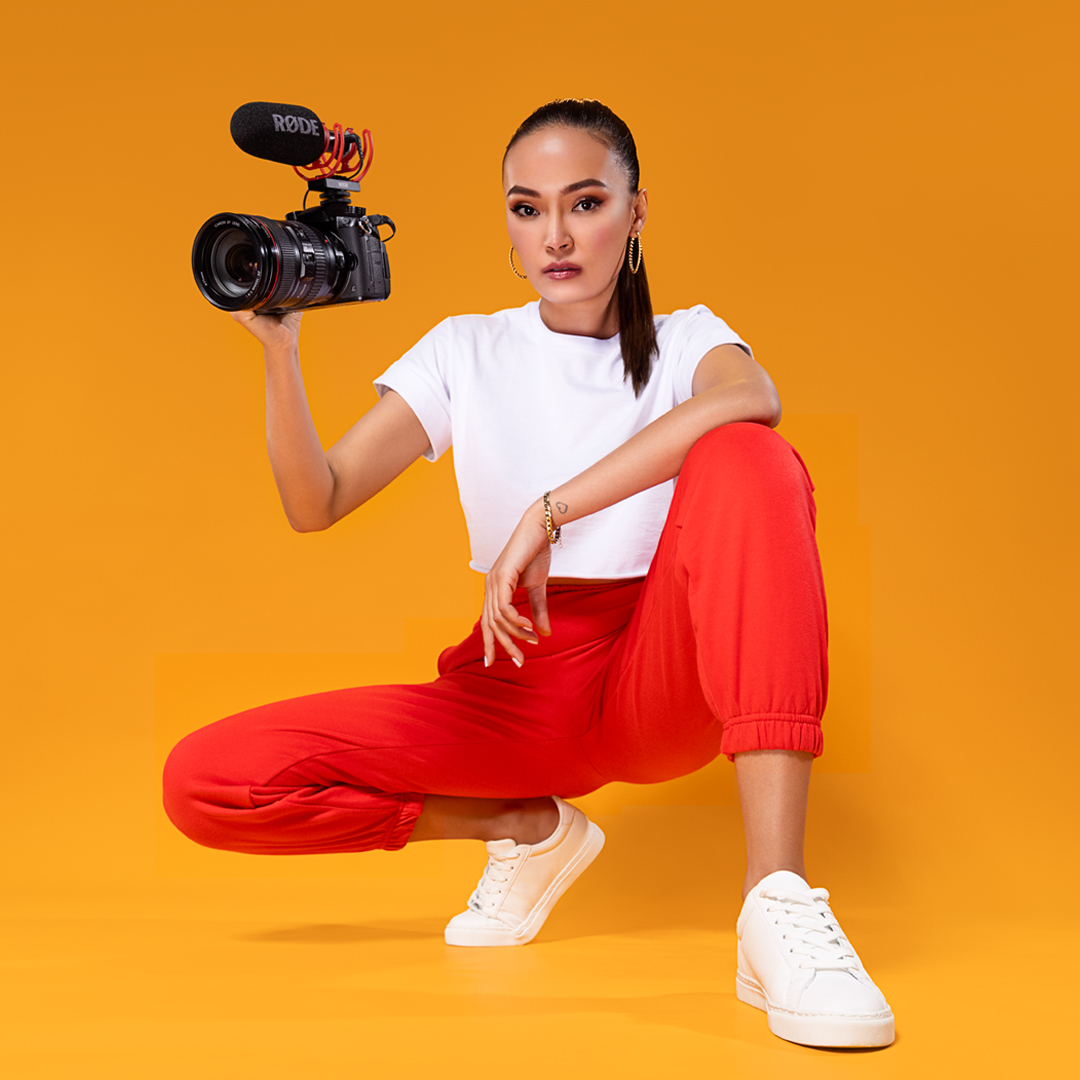 Both the the VideoMic Go II and the VideoMic NTG share the same acoustic design and they both offer hybrid connectivity:

CLARIFICATION: Even though the app named RØDE Reporter get’s all the buzz nowadays, there is also a great physical handheld dynamic microphone of the exact same name which I reviewed in 2015. You’ll find that too when you click on the above link for the RØDE Reporter app or search for it anywhere else. I was not the one who named them. They are both great, just confusing!

Aside from the microphone itself, the VideoMic Go II also includes the following: 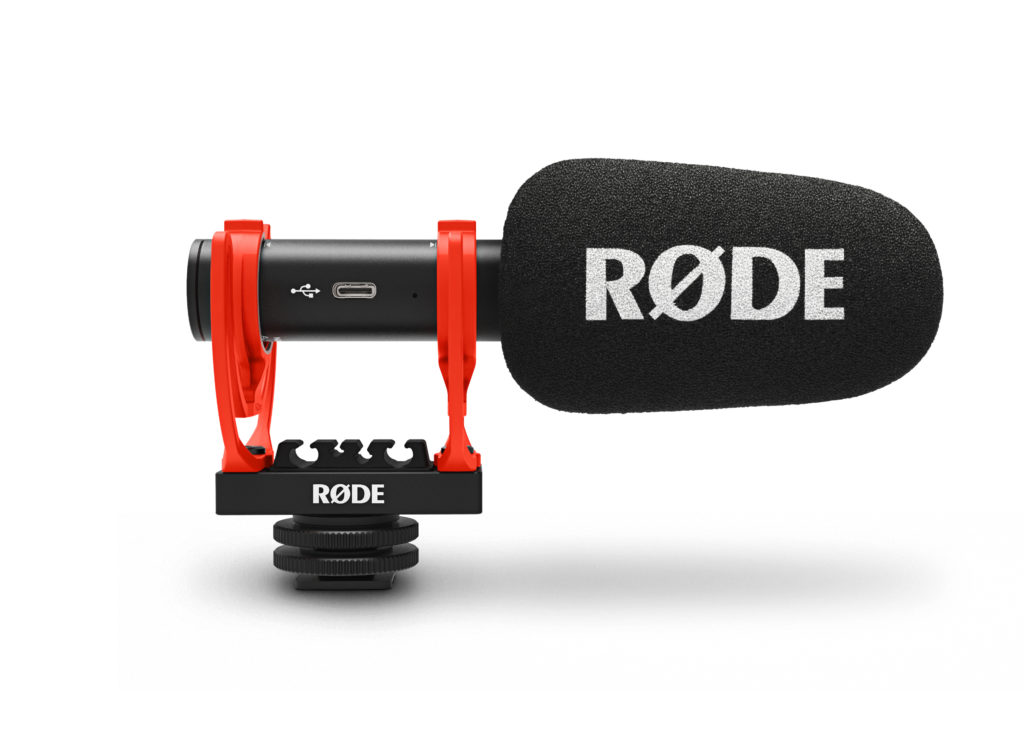 Making the best of the supercardioid pattern

Many people who have never actually use a shotgun microphone mistakenly assume that they are just like an audio telephoto lens —or an audio telescope— and can magically reject all other sounds 100% even at huge distances. That is sadly not the case, even with a shotgun that costs US$1000. Here are the results with the US$99 VideoMic Go II shotgun microphone at different distances, by the request of listeners after other of my shotgun reviews.

Outdoor recordings in a noisy park

The below outdoor recordings were done in a very noisy park via USB directly to the free RØDE Reporter app. There was a very loud fountain next to us. I aligned with the spot of the supercardioid pattern which isolates the most, as covered in the penultimate section. Between that and the VideoMic Go II’s low cut/high pass filter (activated by the RØDE Reporter app), the loud fountain sound is much less dominant. The female speaker is at the indicated distance, where she is projecting directly to the microphone and the microphone is pointed directly towards her mouth. The male voice (mine) is just behind the microphone, taking advantage of the information shown in the prior section. Because of proximity, the voice behind the microphone was louder, but later everything was normalized to -16 LUFS before publication. All outdoor recordings were made with an optional furry windscreen.

Indoor recordings in a noisy café

Indoor recordings in quiet room, compared with two other mics

As indicated in the above screenshot, are simultaneous recordings made multitrack with the RØDE Connect app, then separated, trimmed and normalized to 16-LUFS in Hindenburg Pro before publication. All include different distances and positions. I also demonstrate two features which RØDE licensed from Aphex: the Aural Exciter and the Big Bottom.

All images in this review are courtesy of RØDE except the screenshot, which was taken by Allan Tépper.

The VideoMic Go II can be used and connected in many diverse applications. Here, I will summarize where it is best used: Whenever it can be connected via USB, the built-in features can be accessed and activated from any of the free RØDE apps (RØDE Central, RØDE Connect and RØDE Reporter). When the VideoMic Go II must be used via its analog output, the quality is still very good for the price. However, none of those internal features are accessible, so if any of them are required, they must done either by the connected device or in post. If you need access to those features “live” and must use the analog connection exclusively, you are better off with the US$249 VideoMic NTG which I reviewed in 2020. However, many users can indeed connect it and use it via USB, or don’t need those features, or can accomplish them independently for only US$99 with the VideoMic Go II.

Please stand by for an updated review of the free RØDE Connect app as of its latest update, and the best way to feed analog microphones to RØDE Connect —and even dynamic XLR microphones— as of February 2022. To be sure you are notified, get onto my lists below.

Some of the other manufacturers listed above have contracted Tépper and/or TecnoTur LLC to carry out consulting and/or translations/localizations/transcreations. Many of the manufacturers listed above have sent Allan Tépper review units (including RØDE) or NFR licenses (Cleanfeed). So far, none of the manufacturers listed above is/are sponsors of the TecnoTur, BeyondPodcasting, CapicúaFM , SpeakCastilian or TuSaludSecreta programs, although they are welcome to do so, and some are, may be (or may have been) sponsors of ProVideo Coalition magazine. Some links to third parties listed in this article and/or on this web page may indirectly benefit TecnoTur LLC via affiliate programs. Allan Tépper’s opinions are his own. Allan Tépper is not liable for misuse or misunderstanding of information he shares.