A few weeks ago I was given the LiveU “Solo” live streaming device to test and review. They told me the $995 device was easy to use, reliable, and high quality, so that’s what I set out to test.

The device itself is a 5.5″x 4″x 1.5″ box made of what feels like aluminum and plastic that sits in a durable fabric carrying case with molle straps on the outside and an adjustable/removable belt clip. It weighs about 3x more than my Pixel XL in its Moment case (if I had to guess) and feels pretty rugged. That being said, I wouldn’t drop it without instinctively clenching every muscle in my body. Anything less than a fall off a building would probably be fine though. 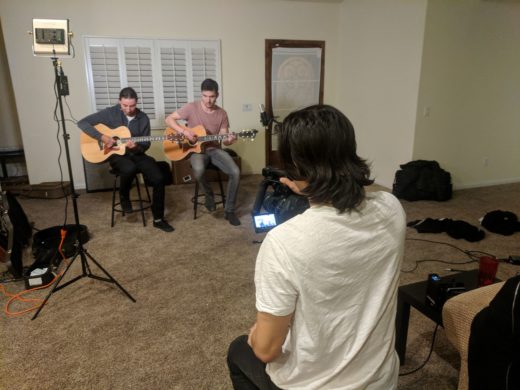 On the left side of the device there is a USB 3.0 port (for using an LTE dongle), Ethernet port, and a DC port for charging/powered use. The right side has an additional USB port and the HDMI-in you’ll plug your camera (or switchboard, console, whatever) into. Along with the Ethernet and WiFi capability, the two USB ports allow for a bonded cell connection for use in the field. When using the “fat” cell connection I got about 5Mb/s, on WiFi I got 6Mb/s. I didn’t test Ethernet, but I assume it’s on par with those numbers. The device tells you at what bitrate you’re broadcasting at on the front LCD screen as you go.

Using the Solo is relatively simple with little technical knowledge needed; I was able to do everything from my cellphone. After setting up an account with LiveU and registering your device, all you need to do is plug in your camera (or whatever you’ll be streaming with) and select your destination via the online portal where you registered your device. Choices include YouTube, Facebook, Periscope/Twitter, Twitch, and a host of lesser-known services. From the portal you set your stream title, description, and adjust any “advanced” settings necessary. From my experience, I recommend that you override the bitrate and frame size to 5000kb/s (5Mb/s) and 1080p just to ensure you’re broadcasting at the best quality possible. Depending on the service, the Solo can broadcast up to 10Mb/s, but most services choose a lower bitrate. After that, you save it, hit “start broadcast” in the portal, and you’re live. 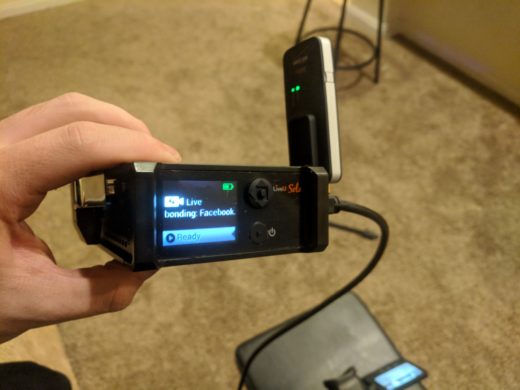 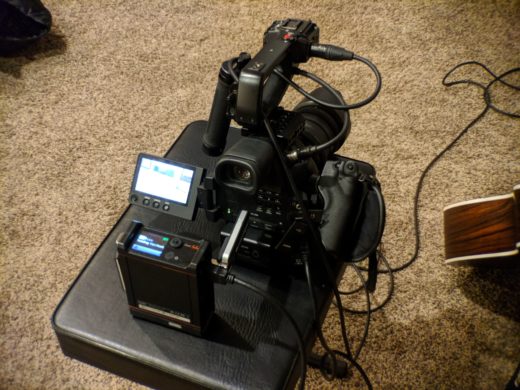 From my tests the Solo performed admirably. I did a live stream with musician Corey Gray for his fans on Facebook* and he was easily able to log into and connect his account via the LiveU portal from my phone without any prompts or help from me, so that’s another point for the usability category. Since we were using a Canon Cinema camera, we were able to take advantage of the XLR inputs and use a studio microphone set up right next to him, giving the stream a fully professional look with little effort on our part. Setup was as easy as setting any other shoot up.

From there I tested YouTube, Twitch, and Periscope and it was just as simple. From my eye Twitch and YouTube ended up with the highest quality streams, with Twitch almost looking like a straight camera feed, but your mileage may vary. Periscope forces a 540p stream (at least in frame size, the quality was still good), which squished the 1080p stream into a 4:3 “wrapper”, which was interesting. In Periscope’s case I learned you shouldn’t override the frame size, although doing so didn’t interfere with any of the other stream destinations.

During my last three tests I streamed almost continuously for 1 hour and 15 minutes, which brought the battery from 85% to 58% so whatever the math is on that, there you go. My guesstimate is you could easily get 3-5 hours of streaming on one charge, which is probably more than one would need in a situation where they wouldn’t have an outlet to plug into nearby. During the streams I didn’t experience any dropped frames, interruptions, or delays; the device performed flawlessly. The simplicity of the Solo makes it hard to screw up.

So, who’s this for? As live-streaming becomes more commonplace and larger companies add it to their media repertoire, it stands to reason that broadcast-quality video would be an early requirement. At just under $1000 the device is competitively priced. For production companies or brands/people with existing production capabilities the LiveU Solo is an easy choice. Using a Tricaster, Blackmagic ATEM, or similar, one could easily stream a multi-cam production to one or even multiple sources if Switchboard Live is used as the destination. For me, I could see selling clients on the concept of project-specific streams while simultaneously recording the entire thing in-camera for later editing/distribution. In that case, the Solo would easily pay for itself in just a few gigs. If the market shows an interest, that is.

Below is a live-review I did of the device while using it. It’s a bit of a ramble-fest as I didn’t have a script, but it’s a great example of the quality of the broadcast capabilities. If I contradict myself in the video (I do), the article is correct and I misspoke. I was winging it, it was more about testing the hardware:

* The stream was taken down by Facebook a week after we did it as they were doing cover songs, which is why we’ve uploaded it to Vimeo here. The quality of streaming can be seen in the YouTube video above, and PVC will be exploring issues and workarounds around topics like music copyright in a future article. 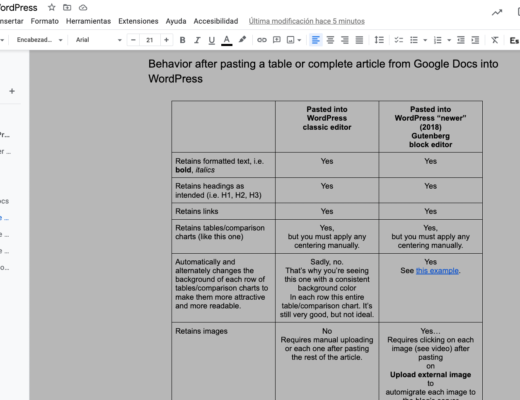 Google Docs is an extremely powerful tool for many tasks, although it’s cruelly unappreciated and under publicized. Google Docs...