The screen corners are rounded, the viewing distances are inexact and the angles aren’t accurate. Still, this early SD versus HD diagram was prophetic.

I’m holding a Sony white paper on the proposed 1125/60 international HDTV standard for studio origination and program exchange. You say that standard doesn’t sound familiar? It was the forerunner of 1080/60i. The white paper is dated April 1988 and it extols the virtues of future HDTV in terms of more scanning lines, better colorimetry and wider aspect ratio. But the most striking graphic shows an HDTV screen with a whopping six times the area of a superimposed SDTV screen. Why? What, if anything about HDTV translates to a bigger screen? And how closely do the televisions of today reflect the predictions of 22 years ago?

When standard definition TV was being developed, engineers assumed that people would want to sit just far back enough for the scanning lines to merge into a visually seamless picture. They whipped out their slide rules and trigonometry tables. Based on 20/20 vision and 480 active scanning lines, the engineers assumed that people would sit at a distance of 7.15 Picture Heights from the screen. With your eyes at that distance, the screen occupies a 10.6 degree horizontal angle of view.

Once television became a fixture in US homes, Bernard Lechner of RCA found that in reality, people sat nine feet from their living room televisions, regardless of screen size. Nine feet is now called the “Lechner distance.” For laughs, we can calculate the “ideal” SDTV screen size that corresponds to 7.15 Picture Heights at nine feet. Hey! It’s 25 inches diagonal. For decades, that was among the most popular CRT screen sizes, suggesting that at least some people really did sit at the proper viewing distance.

Back to the future

Fast forward to the 52-inch diagonal BRAVIA® television you’ve been eyeing at your local electronics retailer. Instead of 480 scanning lines, we now have 1080 neat little horizontal rows of pixels. If, like the early television engineers, we assume that people will want to sit just far back enough for those pixels to merge into a visually seamless whole, we get 3.16 picture heights. Now we can calculate the ideal 16:9 HDTV screen size for which the nine-foot viewing distance exactly equals 3.16 Picture Heights. Whipping out our Excel 2007 spreadsheets, we see that even 52 inches won’t cut it. We need a really big screen: 70 inches diagonal! At the Lechner distance, the 70-inch screen occupies a horizontal angle of view that equals 32 degrees.

While we suspect that few consumers are bringing home 70-inch screens for their 9-foot viewing distances, we do know that 40, 46 and 52-inch screens are hugely popular. The numbers suggest that many consumers aren’t seeing all the resolution they’re paying for. To do that, they need a major technical upgrade. They need to sit closer to the screen. Even so, the new televisions dwarf the 25-inch sets of the SD era and they do take us giant steps toward realizing the future that Sony imagined in 1988.

What’s it to you?

As content creators, you need to know what’s going on in your pictures. This suggests a few simple rules for monitoring: 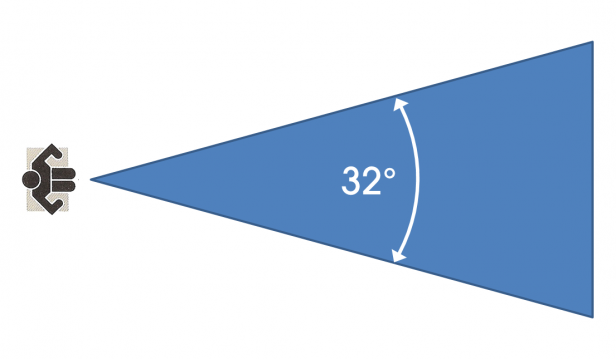 Imagine, for the sake of argument, that you don’t have a protractor handy to measure angle of view. Print out this graphic, close one eye and position the open eye at the apex of the triangle. A 1080p screen’s width should just fill your 32 degree angle of view. If you have 20/20 vision, you’ll be sitting close enough to see maximum resolution, but not so close that individual pixels become visible.

If a properly viewed HDTV is larger than SDTV, guess what? 4K is larger than HD. And don’t get too smug about 4K, either. Experimental UHDTV resolution can be bigger still. 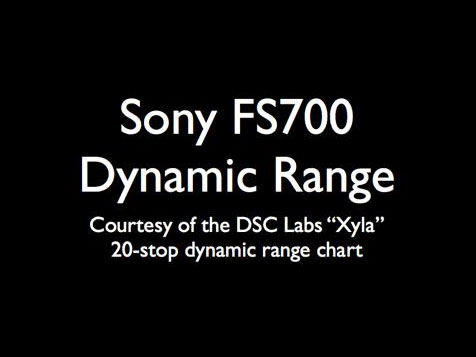 Sony recently asked Adam Wilt and I to speak about the new FS700 camera at CineGear. My portion of...