There may be times you have an organized set of folders that you might want to replicate on another hard drive but you might want ONLY the empty folders, nothing inside them. I can rather easily be done.

The other day I was working to create a duplicate hard drive for some out of office editorial. The original project directory was a well organized but folder heavy creation that I wanted to replicate on a new, portable hard drive. Being a portable hard that was to be used for file transfer I only wanted some select pieces of media out of the tons of media on the edit RAID. 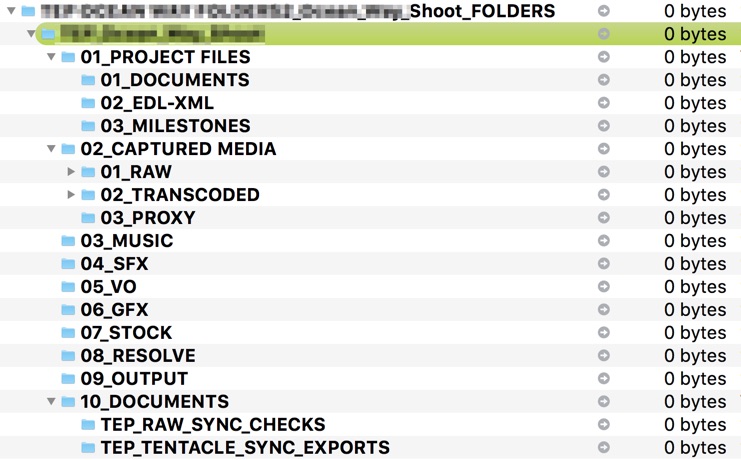 Imagine this nice, organized project folder structure but with tons more folders inside of the RAW and TRANSCODED folders for days and days of shooting a multicamera project. Bits and pieces of that might need to be replicated on another RAID for collaborative editorial.

As I was thinking about it I asked this question on Twitter.

Does anyone know of a piece of Mac software that can copy a bunch of folder directory structures and then re-create them on another drive with just empty folders?

Basically mirroring a drive without media, only folders

My first thought was … why have I never thought of this need before? I can think of no good answer other than I suppose that all these years I just created the folders manually when I needed to. But I also thought that I’m sure there are others who have wondered the same thing so hence this blog post. May this help you in the future.

I should have known to check Digital Rebellion’s array of tools to help with a workflow request. The answer lied in one of the best workflow tools for post-production, Post Haste.

Post Haste can import a folder structure too. It will import just the folders with none of the files.

This was news to me!

Being template-based, Post Haste lets you import a folder structure and create a template off of that. That can be very helpful if it’s something you’ll have to replicate over and over but also doable for one-time use. After you create your new folders just delete the template. 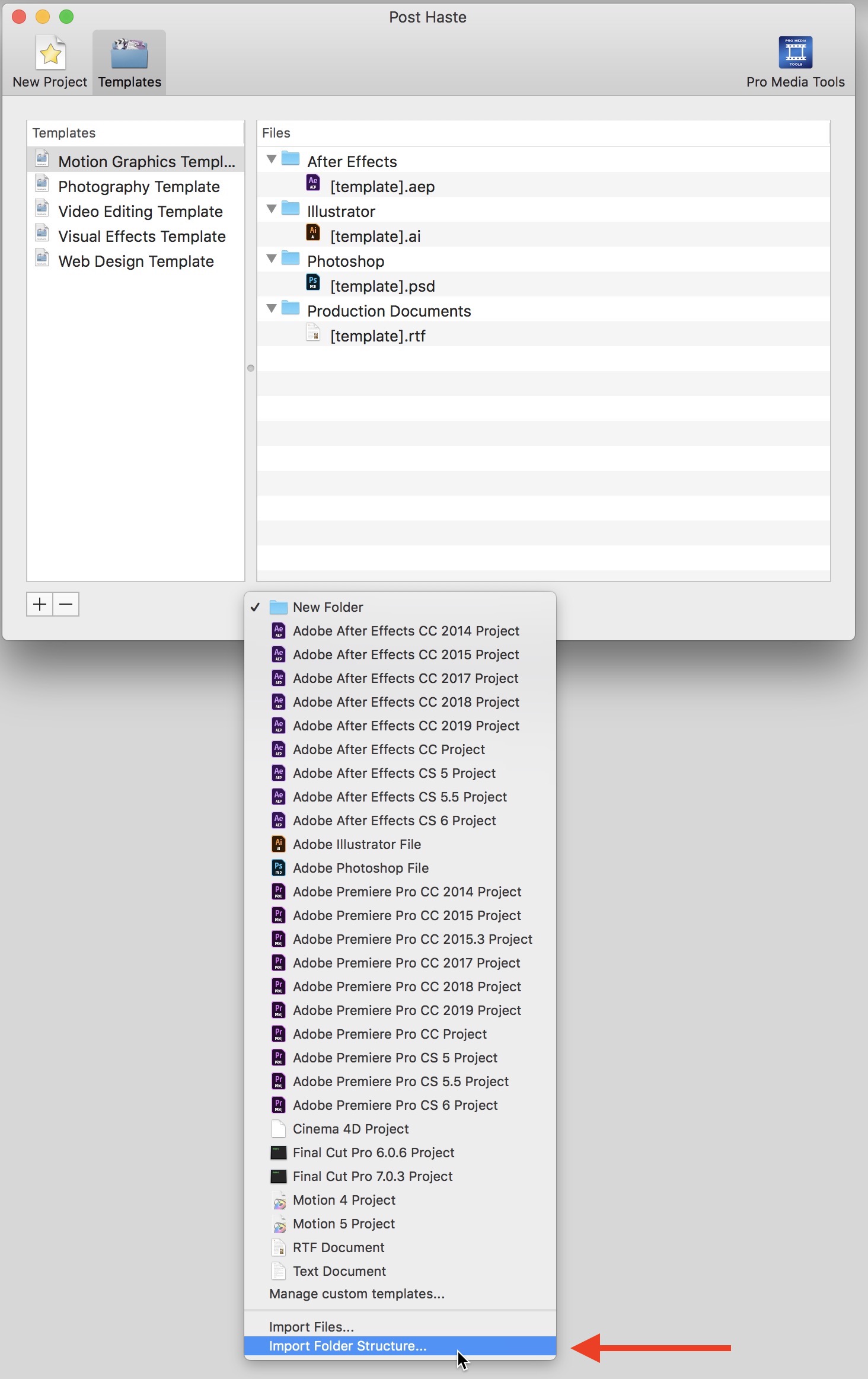 Don’t let this one feature short-change what all and how useful Post Haste can be. It’s so good and free that even Engadget wrote about it.

One thing I really like about mentioning this kind of need on Twitter is you might get options you never knew about. That is the case with Beyond Compare, a file and folder comparison tool for Mac, Windows, and Linux that has an option for Copying Folder Structure. It’s $30 for the standard version and $60 for the pro version.

I hadn’t heard of this piece of software before so it’s a good one to have on your radar as it looks like it will do a lot more than just compare files and folders and copy folder structures. The 3-way merge that is part of the pro version looks insane. There’s a full feature list that is worth browsing through if you’re in the need of such a utility. I look forward to digging into its capabilities in 2020.

Terminal, rsync and a more technical way of doing it

I got several replies that this directory replication can be done right in the Mac Terminal with a bit of more advanced Terminal knowledge. I don’t really know rsync from NSYNC nor do I really care to but if that’s your jam then here it is. I do know that rsync is an incredibly important Terminal command and a lot of the Mac utilities use rsync to get their work done. I’m happy to use those rsync front end interfaces to make this kind of stuff fast and easy and idiot-proof.

Should work in terminal: https://t.co/D4J3n4pZRO

Rsync with the proper args https://t.co/bfc0Omz5Ye

Okay but what do you do what that?

To use it, you have to copy paste that command into the terminal and change the source and destination. All these kinds of tools are already built into the OS.

And then another app that looks to be just for this purpose.

But that’s assuming you have to actually write some kind of script in AppleScript.

Any other options you know of for copying a folder structure and creating it on another drive without all the media inside? Let us know in the comments so others can learn as well.

https://www.youtube.com/watch?v=II5p0GBlmBk&feature=youtu.be&a This week on MacBreak Studio, we have an usual show in which Steve from Ripple Training and I...