February 13, 2011 – I change my column headings all the time and overwrite the old ones

My editing user settings are constantly evolving. One things that changes a lot are the bin column layouts that I recall for various editing tasks. I use many different columns for both Avid Media Composer and Final Cut Pro. I very often resize columns and add or remove headings to saved layouts. Rather than always save a new heading or repeatedly change the same saved layout over and over I will save and overwrite an existing column layout.

Usually I’m already working in one of my many custom bin column layouts. If I make a change or add a new column I’ll adjust the bin column headings to include the data that I want saved as well as the size widths of the column. In this example I tweaked an IN and OUT column layout that shows me the marked IN and OUT points as well as the duration between those points.

Next I right + click on the column to save the layout: 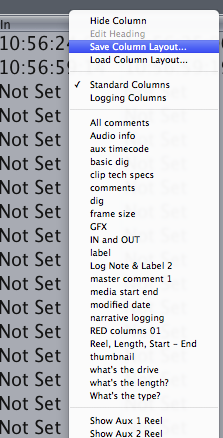 When the Save dialog box opens up I’ll click on the name of the saved layout that I want to overwrite. This loads that exact name into the Save As: space: 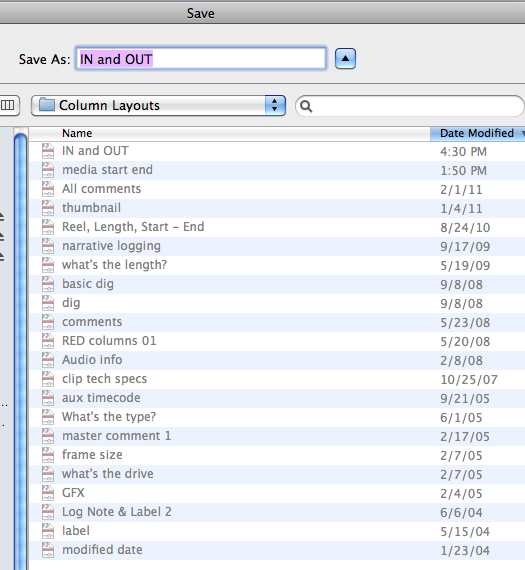 I’ve seen debate before about this click of a name when in a Save dialog box before but it works in both of my installs. You could just type the name you want to overwrite exactly but that isn’t nearly as fast and easy. When you hit save you’ll be asked if you want to replace the existing file:

Hit Replace and the newly refreshed layout will be saved for later recall. This also works for things like keyboard layouts, buttons bars and window layouts.

The process is very similar in Media Composer. For example, I have a saved bin column setting that is called start-end that lists the start and end point of a clip, the duration and the name of the tape:

Since most sources these days come from tapeless cameras I want to eliminate the tape column heading so I turn that particular column off. When you have made a change to an Avid saved column setting Media Composer will append the particular setting name that is loaded with a .1 and display the name in italics:

I want to re-save the start-end column setting so I click on the name and choose Save As… from the pop-up and Media Composer gives me a View Name save dialog box with that name: 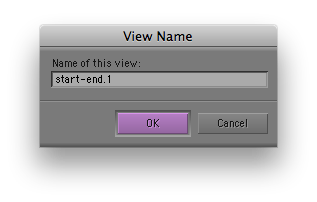 I just remove the .1 suffix and then confirm that I want to overwrite the original: 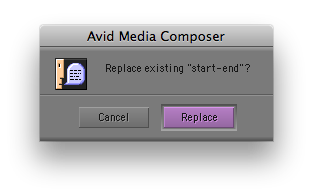 With that I’ve updated the start-end bin column view with my new columns without having to create an entirely new start-end template.