This Reader Quicktip is from Jack Jones, a colorist (or colourist I guess I should say) working out of London who passes along a simple but handy Quicktip for Avid Media Composer. It involves remapping the up and down arrow keys on a keyboard. This matches a Final Cut Pro behavior but it is more useful as a default Media Composer keyboard configuration for the up and down arrows keys IMHO. I’ve done the same thing for as long as I can remember.

Use the command pallet and keyboard settings to map your up arrow to “reverse” and your down arrow to “fast forward.”

The Media Composer arrows mapped to REW and FF 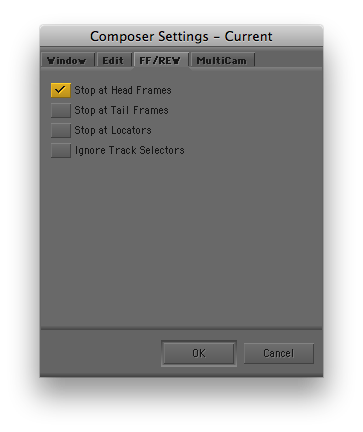 Now you can use the up and down arrows in the same way as they feature in Final Cut Pro. Mapping the insert edit function to the ‘H’ key is also handy!

This is a great Media Composer tip, expecially for those that don’t edit multicam-style and don’t need the up and down arrows mapped to changing angles in a group. It’s not so much about making Media Composer more like Final Cut Pro but making those keys more functional. As I said I did the same thing a long time ago and mapped the Previous in Group, Next in Group keys to the page up and page down on my keyboard.

Thanks to Jack Jones for sending that tip over. He’s on Twitter: @jackjonescolour