Understanding eventual bottlenecks of a computer when working with After Effects, Lightroom, or DaVinci Resolve is essential for professionals who care for fast workflows. Puget Systems helps! 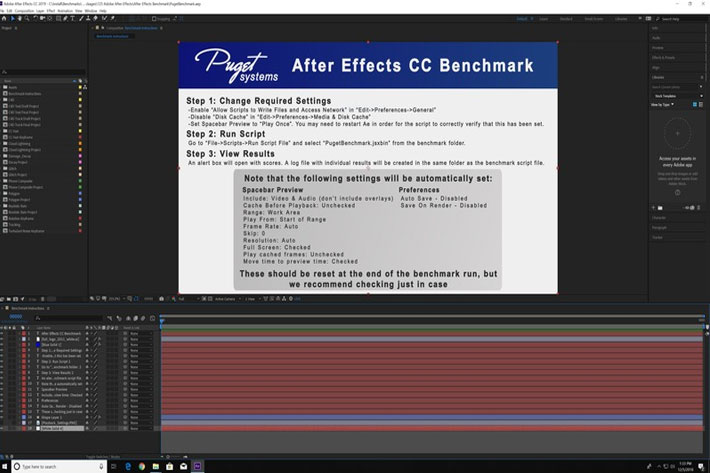 If you feel that your Adobe After Effects workflow slows you down, maybe it is time to buy a new computer for 2019. Start by testing yours, using the FREE Puget Systems Benchmark for After Effects.

Available for both Mac and Windows as a FREE download, the Puget Systems Benchmark for After Effects is a way for the company to celebrate 18 years in business. The software now shared with the public does what the name suggests: it gives users the chance to gauge the performance of their Mac or PC-based workstation, test for optimal configurations for their workflow, and decide if they need a new computer or not. If the answer is YES, then Puget Systems may have a solution for you.

Builders of high performance custom built computers, Puget Systems has a goal: to provide each client with the best possible computer for their needs and budget. According to the company, “this has become even more important in recent years, as more and more low quality items are hitting the market. The industry is being flooded with hyped products that do not perform as they should, and fierce competition is making it more important to be early to market than to put in proper development time. Through this chaotic process, the end user needs a skilled advocate to help identify true quality.” 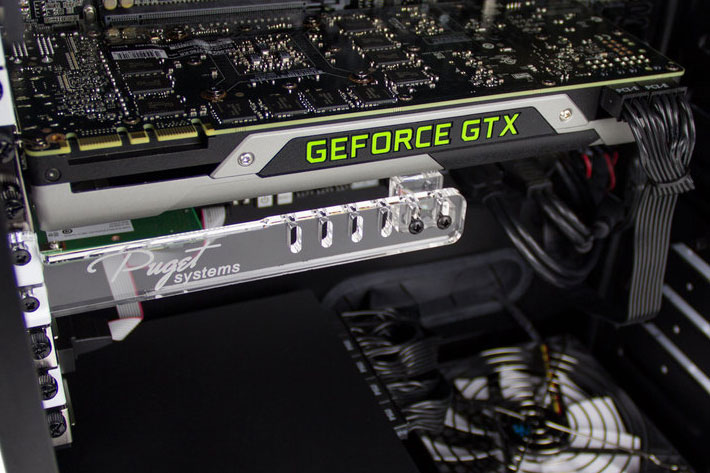 Based in the Seattle suburb of Auburn, WA, Puget Systems  is committed to be this advocate, says the company, adding that “we have the experience to know when to be suspicious, and we have the resources to test products for ourselves.” Now, the company is making its internal Adobe After Effects benchmark available for public download so that anyone can test their own computer.

As a company, one of Puget Systems’ primary goals is to ensure their customers acquire fast, reliable workstations perfectly tailored to their unique workflow. The Puget Systems team achieves this by benchmarking a wide range of hardware in After Effects – and numerous other software applications – and publishing the results in their ongoing series of hardware articles. Their family of computers and workstation, for everyone from gamers to professional users, reflect the experience of the company founded by Jon Bach in December of 2000, 18 years ago. 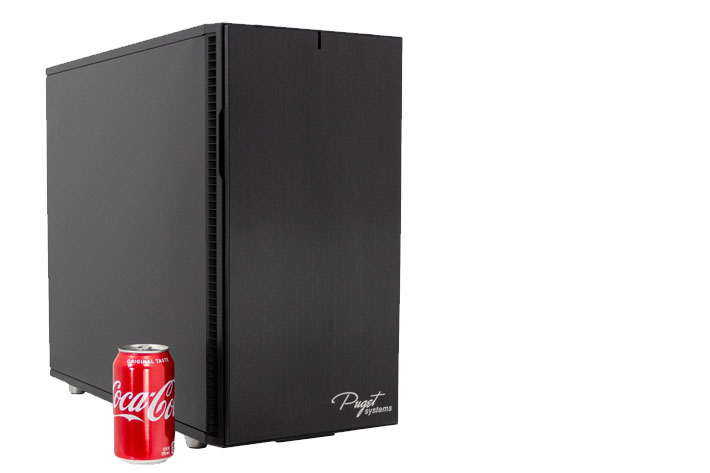 The articles suggested above are an important element to explore before buying a new computer, and the benchmark now made available will allow users to take the whole process to a new level, by testing their computers using the After Effects benchmark. Once you’ve completed the test you’ll be in a better position to define if you need a new system for 2019. If you do, then Puget Systems expects you to choose them to buy the right hardware.

This benchmark is designed for After Effects 2019 and should run on virtually any Windows or Mac-based system that has After Effects CC 2019 installed. Due to the size of the test projects it is ideal to have 16GB or more of system RAM and a GPU with 2GB+ of VRAM. Note that this benchmark is still in BETA. Plug-ins and customized preferences in particular may prevent the benchmark from running properly. To avoid any issues, Puget Systems recommends resetting your preferences to default  and be sure to make a backup first.

The Puget Systems Adobe After Effects Benchmark is a free download and is available following the link. For more information on computer building for professional use read PVC’s article Building a 4K video editing PC for 2018.