This is a public service announcement as we move into this last week of 2014. If you currently own a license for Avid Media Composer here’s a reminder that you have through December 31, 2014 to get your one year support contract and, by virtue of that support contract, get your version 8 upgrade … all for $299. This is the way to go for current Avid Media Composer users as this will keep you current for $299 per year. That includes standard support and all the upgrades Avid cares to give us. Welcome to new software licensing models. 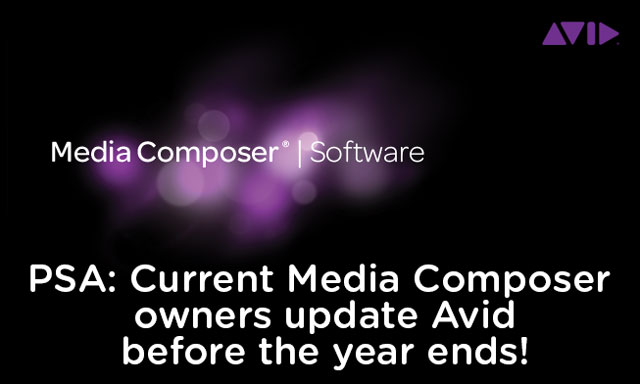 UPDATE 12-22-14: Avid released the 8.3 update today! Here's all the new features in this release including beyond HD with 4K support. There's also an update to the Software Support Contract License which is covered here.

Like Adobe Creative Cloud and Mac App Store that has come before it, Avid Media Composer is now part of the subscription software world if that’s how you want to license it. You do have a choice. You can wade through the different options that Avid has to offer (own or subscribe) but this article is a reminder that current Avid Media Composer owners better get their $299 upgrade by the end of the year or you’ll have to buy a license again or subscribe on a month basis.

What this amounts to is current owners like myself can expect to pay $299 per year from now on to keep a support contract current. By doing so we get standard support and all upgrades are included. I didn’t know what standard support included so here it is:

Avid introduced this new pricing model at NAB 2014 and we’ve seen a steady stream of good upgrades since then. They have even shown us sneak previews of upcoming things like 4K. I’m all for this type of licensing if it progresses the product which, in both the case of Avid and Adobe, it has.

Buying the upgrade is easy. You’ll be asked for your System ID and Avid will have to verify that before you can fully license.

Don’t be alarmed (as I was) if you see the On Hold notification in your Avid account as it usually gets verified within 24 hours. I went ahead and installed the version 8.2 and ran it in trial mode while I waited on the verification as I had to start an edit.

Verification came and my Avid Media Composer 8.2 was fully licensed. 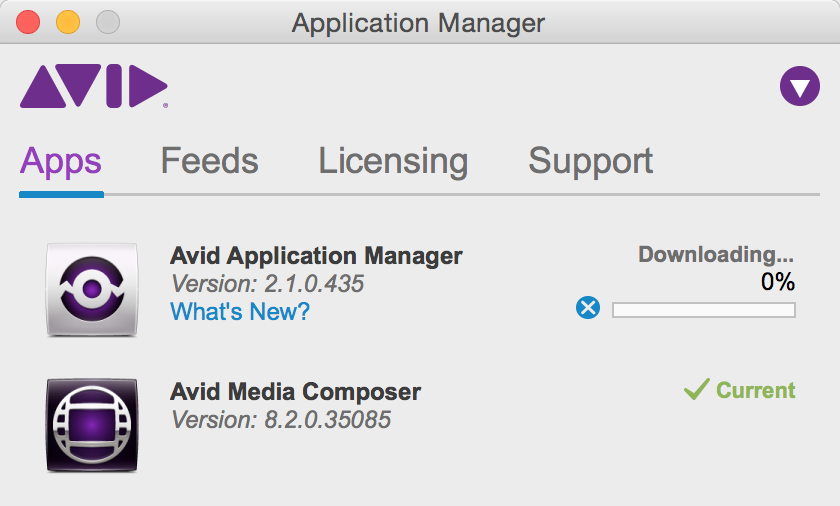 You even get this nifty new Application Manager as part of your upgrade!

I’ve been cutting away on if for a couple of days now. I’ll write up some thoughts on this new version later. In the mean time current Avid Media Composer editors, go get your upgrade before you have to pay more!