The articles below were included in the February 2009 edition of the PVC Pipeline | Production newsletter. If you haven’t already subscribed for the PVC newsletters, we suggest you do so now to ensure that you are notified as soon as they are available.

The articles in the first PVC Pipeline | Production newsletter included:

The Sony HDW-650F (US$44,950 list) is a 2/3″ 3-CCD 1080i/1080p shoulder-mount HDCAM camcorder using “Power HAD FX” CCDs, a 14-bit A/D, and a newer generation of DSP for a better image than previous HDCAM camcorders have offered. Yet it costs less, weighs less, and offers more features than the 700-series HDCAMs it succeeds. While it’s primarily aimed at broadcasters, it also offers 23.98p shooting and PsF recording, so it can also serve as a digital filmmaking tool—or just add the “film look” of 24p to TV production.

Last year I wrote a review of various software-based waveform/vectorscopes. In that review I included my praise and criticism of Adobe OnLocation, though technically it’s a lot more than just simple wave/vector software. Since that time, Adobe has released the CS4 collection, upgrading most of their apps with significant features and – probably more importantly – increasing the interoperability of the apps in the overall suite. Once of the apps that got a huge overhaul in CS4 was OnLocation, so I wanted to revisit it and share a little of what has changed and why you should consider using this app on your next project.

BoinxTV is a new product from Boinx Software Ltd. in Puchheim, Germany. You may have seen other products from Boinx, like FotoMágico, iStopMotion, iVeZeen, Mousepos©, and PhotoPresenter. BoinxTV was first launched in November 2008 and was quickly updated to 1.1 at the beginning of December. Like the infamous Video Toaster from NewTek, BoinxTV offers to convert your computer into a live production studio. One of the first noticeable differences is that BoinxTV is for the Mac. 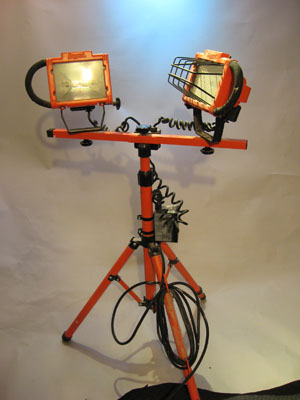 It’s my belief that the most under-rated skill in video production is lighting. If you know what you are doing, even an inexpensive camera can make impressive pictures (and of course, the reverse is also true – if you don’t know what you are up to, even a great camera can look terrible.) If you snoop around at sites like B&H Photo and Video, you’ll quickly discover that a professional lighting kit is no small expense. But don’t despair! A lot of the basic things you need to do a good job of lighting are doable with equipment can be bought for small money at your local lumberyard. (You’ll also be taking a few side trips too.) Let’s have a look around and see what’s available. 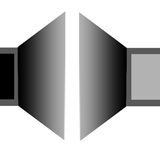 By now we are all aware the filming something confines a three-dimensional reality into two-dimensional medium. So just by our choice of medium we begin with a contrived sense of reality. Now two-dimensionality is not inherently bad and in fact it can be a visual tool to convey a specific meaning. Depth is not inherently the right answer but as far as dynamics, a frame with depth is more dynamic than a flat one. It’s all about taking control over what you want to convey emotionally to your audience. There are many types of depth cues that can either ad to your frame to increase depth or removed from your frame to create a flat space. We will examine three simple depth cues you can use to ad depth to your frame.

No pain? NO GAIN!

All of us use gain at one point or another. Positive gain saves us when we end up shooting in a dark location, and negative gain makes us feel slightly superior because we’re giving our client an image that is remarkably noise-free. But nothing is for free – you should definitely think twice before you hit that gain switch, because it’s not just a matter of boosting or hiding noise. You’re reducing your dynamic range at the same time, and that’s not something we should do lightly.