Nikon’s Newest Mirrorless Z Camera Goes Retro
The latest from Nikon is the Z fc, a mirrorless camera with a throwback design built around a 20.9 megapixel DX (aka APS-C) CMOS sensor. It’s Nikon’s second camera (after the Z50) to use the company’s larger Z lens mount in front of an APS-C sensor. Aimed at photography enthusiasts and vloggers, the camera is built with a lightweight (14 oz/390 g) magnesium alloy frame with an exterior “leather-tone” wrap. 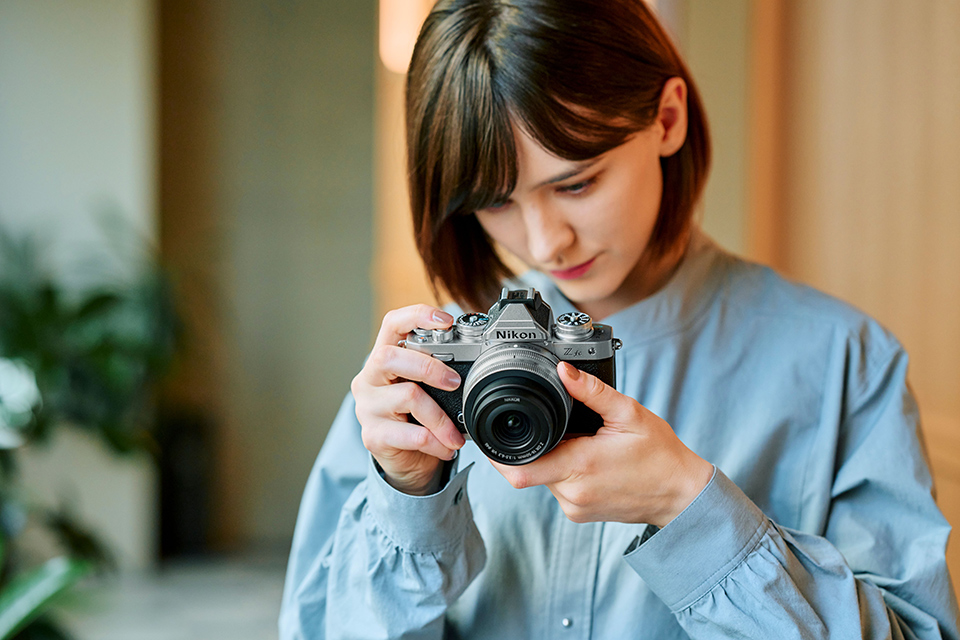 Though it’s clearly not aimed at professional videographers, the camera seems pretty capable. It can shoot video in UHD (3840 x 2160, downsampled from the sensor’s native 5568 x 3712 pixel resolution) at up to 30 fps or 1080p at up to 120 fps. ISO can reach 51,2090 (or 204,800 expanded), and the camera employs a 209-point hybrid autofocus system complete with eye-detection for both humans and animals that’s available in both still and video modes. 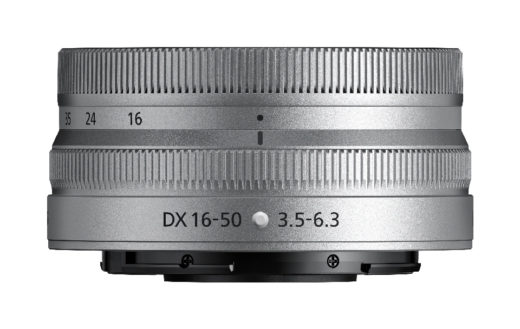 Style is the obvious selling point here. The design harks back to SLR cameras that were ubiquitous in the 1980s, specifically Nikon’s own FM2. The retro look makes it an adorable little device, but it has modern amenities like a flip-out LCD touchscreen that rotates all the way around, accommodating selfies and creative shooting angles. One shortcoming is the lack of a headphone jack. But did I mention the kit versions of the camera come in a variety of colors, including Amber Brown, Coral Pink, and Mint Green? It’s an interesting product, potentially splitting its market between design-conscious young people and seasoned photographers who cut their chops on 35mm film cameras back in the day. The Z fc is expected to ship in black-and-silver sometime toward the end of July, with six different color options “in limited supply” exclusively through Nikon’s website.

Canon Brings 14–35mm Zoom to EOS R Cameras
Canon announced its newest lens, an ultra-wide-angle zoom designed for its line of EOS R full-frame mirrorless cameras. The 1.2 lb. RF14–35mm F4 L IS USM lens is being billed as a solution for everything from extreme wide-angle imagery at the short end of the zoom to traditional street photography at longer focal lengths. 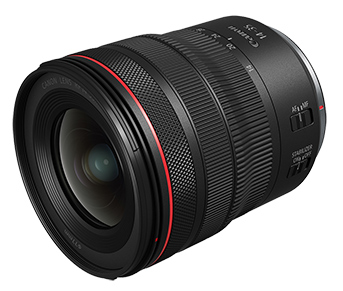 Some of the distinguishing features:

(By the way, that new EOS R3 that Canon started teasing in April? Still “coming soon.” Keep an eye out at Cine Gear Expo and NAB 2021.)

New AtomX CAST Turns Ninja V into a Multicam Switcher
Atomos announced the AtomX CAST, a $399 hardware expansion that turns the Ninja V ($599) or Ninja V+ ($1,499) monitor-recorder into a multicamera switcher with four 1080i/p HDMI inputs, one HDMI output, and a USB-C connection that presents it to a connected computer as a webcam. Atomos stressed that the AtomX CAST, when connected to a Ninja V/V+, operates as a standalone plug-and-play device and doesn’t require a computer connection or specialized drivers to function.

Atomos is touting it as a handheld switcher for broadcast as well as an inexpensive way to up your game by using “real” cameras in videoconferencing and collaboration applications like Zoom, Microsoft Teams and Skype.

In other Ninja news, Atomos said both the Ninja V and the Ninja V+ now support Apple ProRes Raw recording from the Panasonic Lumix GH5S. With the release of the free AtomOS Firmware v10.66, both devices can record up to 4K DCI p60 ProRes Raw and 3.7Kp60 anamorphic Raw from the GH5S.

Here’s a short film, “Him,” shot with the GH5S and recorded in ProRes Raw by filmmaker Tommy Rowe on an Atomos Ninja V:

Blackmagic Raw in Adobe Premiere: The Good News and the Bad News
Blackmagic shooters got a much-needed update to Blackmagic RAW last week, with the marquee feature in v2.1 being support for the new breed of Macs with those speedy M1 processors. Unfortunately, the update is buggy in the latest release (v15.2) of Adobe Premiere Pro, where the new RAW plug-in is disabled. What’s an editor to do?

After the issue was raised in user forums, Blackmagic was quick to own up to the problem. Apparently updates in the current beta version of Premiere (v15.4) have addressed issues with the RAW plug-in for that version while simultaneously creating “major issues” in v15.2 (just released in May) and older. Faced with that dilemma, Blackmagic opted to look ahead and support the newer versions of Premiere rather than the older ones.

That means users who update to the latest Premiere beta will have a better experience than ever with Blackmagic Raw, but users who can’t switch to the beta version right way (like anyone stuck in the middle of an ongoing project) will have to stay on older versions of the RAW plug-in until they’re able to update. The more you know … 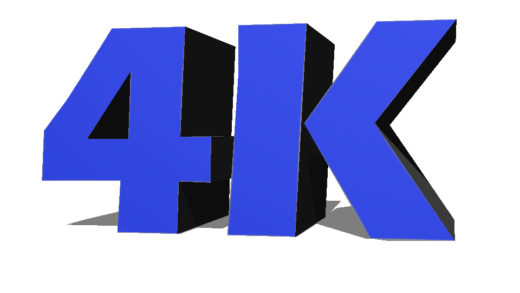 UHDTV owners were disappointed this year when CBS decided not to air the Super Bowl in 4K in 2021, citing remote workflows during the ongoing pandemic as a limiting factor. Consider it a reminder that 4K content is still considered a luxury, not a requirement, by mainstream broadcasters — even for the most crazily hyped live sporting events. But with production returning to normal, broadcasters are looking forward to a 4K summer.

NBC plans to broadcast the Tokyo Olympics in 4K beginning July 23, while Fox is giving the July 13 MLB All-Star Game and NASCAR races the 4K treatment. Interestingly, according to SportTechie, the All-Star Game will be shot with a large fleet of 50+ “1080p HDR cameras,” meaning Fox is betting that an upscaled HDR image will satisfy users who tune in for 4K content. Considering how aggressively HD content is compressed before it reaches the consumer, it can only be an improvement.

NBC is promising only that 4K Olympics coverage will be available “in certain markets,” meaning NBCUniversal’s own Peacock streaming service apparently has no plans to offer 4K. Fortunately, U.S. viewers have one more way to watch 4K content in the home, with the announcement of a new premium YouTube TV tier that includes UHD streams as well as the ability to download recorded programs for offline viewing.

Meanwhile, London production services provider Gravity Media just bought more than 70 new Canon broadcast lenses, including 25 each of Canon’s 7.5–150mm 4K UHD servo zoom/focus lenses and its 4.3–60mm 4K wide-angle servo lenses, to cover the needs of clients who are broadcasting from the UEFA Euro 2020 and Copa América games as well as the Olympics.

There are a lot of 4K TVs out there in the wild (82 million in the U.S. alone, according to S&P Global Market Intelligence) but how many of them will be able to access any of this 4K content? Let’s not even get started on 8K television …

The latest blockbuster to be diverted from theater screens
to debut instead on a streaming service is director Chris McKay’s science-fiction action film The Tomorrow War, starring Chris Pratt and Yvonne Strahovski. Originally slated to be Paramount’s Christmas 2020 tentpole, the title was delayed before Amazon snatched it up for a reported $200 million and a premiere on Amazon Prime. According to IMDb, DP Larry Fong, ASC (300, Super 8) shot with the ARRI Alexa XT (to 2.8K ARRIRAW) and the Phantom Flex4K, both fronted with Panavision T-Series lenses. The picture got a 4K DI finish at FotoKem, which should help it look as good as possible on the small screen.

In theaters now is Zola, based on a legendary, viral Twitter thread described by Rolling Stone as “the greatest stripper saga ever tweeted.” Directed by Janicza Bravo (Lemon, Atlanta), the film is about a road trip to Florida that culminated in prostitution and murder. DP Ari Wegner (In Fabric, The Girlfriend Experience) shot the sensational comedy-drama on Super 16mm film with the ARRIFLEX 416 Plus camera and Zeiss Super Speed lenses.