The Best Way to Use your iPad Mini in Production!

In addition to the original Padcaster for the full-sized iPad, they’ve developed a solid, smaller variation for the iPad Mini, plus a host of other accessories to make this ingenious design even more attractive in production – more than just a frame to hold while shooting video and time-lapse shots. 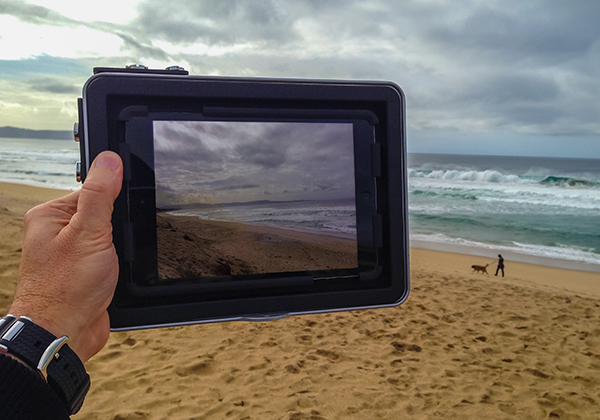 Since the first announcement of the original Padcaster back at NAB 2012 by it’s designer/developer Josh Apter (Manhattan Edit Workshop), it has changed the way the iPad is used not only for podcasters and on-location event/interview shooters, but also in various types of production as a tool. Back in Oct of 2012, I released the first full review of the original Padcaster, which shows you how it all works and why it’s an important piece of gear for all types of production – not just shooting, but reviewing/editing your footage on the same device. The Padcaster has even graced the screen of an Apple Commercial, shown with a full load of gear on location. But since the iPad Mini made its debut at the end of 2012, people had been looking for an alternative way to use theirs in the production world without having to drag out their full-size iPad or pack it in their backpack. Josh has been working on refining this latest version of the Padcaster Mini and I believe he’s got a home-run here… and definitely makes the iPad Mini a more desirable and useful tool on the set and in the field – not to mention a more compact shooting/editing package. Plus with a hands-free mount for the iPad Mini, you can use various tools from the App Store for scoping/shooting green screen, lighting/exposure and autonomous mapping/flight planning for aerial photography, to cite just a few examples.

What makes the Padcaster Mini unique in its design the aluminum frame, which has a series of threaded 1/4-20 holes and 3/8-16 holes on all four sides; making it extremely versatile for mounting accessories to the frame, or attaching the Padcaster Mini to a cage or other piece of grip. The molded insert is flexible to take some shock out of the iPad Mini while mounted but holds it firmly in place so there’s no need to worry about it falling out while in use or in transit.

One important new design feature of the Padcaster Mini is the added steel helicoil in the base where you can attach it to a tripod head or quick release plate. Since this single mounting hole gets used repeatedly and often over-torqued, this feature will ensure a long life of usability and resist wear and stripping of the threads. 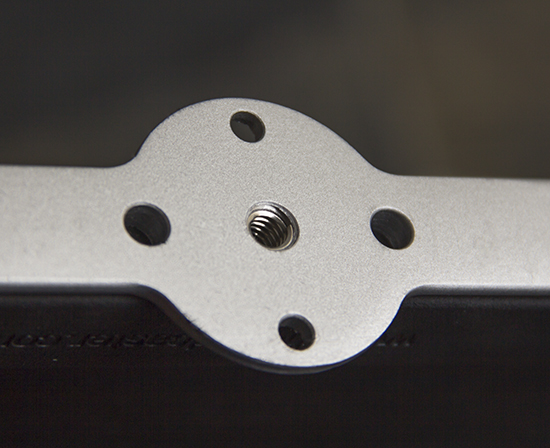 Combined with a portable tripod like the 3Pod P5CRH Carbon Fiber Compact Tripod, you can set up the Padcaster Mini just about anywhere for shooting video or time lapse sequences. 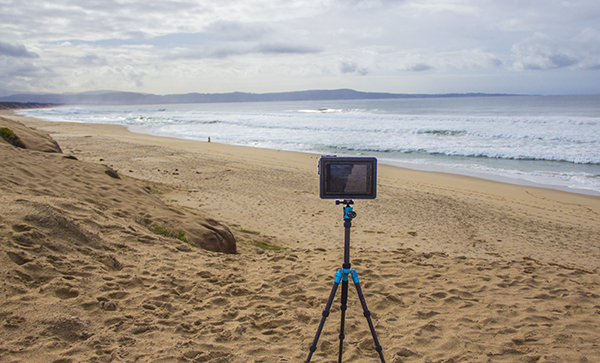 Here’s an example of footage shot using FiLMiC Pro off the iPad Mini mounted shown above in the Padcaster Mini:

Another nice design feature of the Padcaster Mini is its ability to stand securely upright on a hard surface like a tabletop, ledge or bench, whcih make it a truly portable recording/viewing frame for your iPad. Here, I recently captured the sunset from the Washington Monument in Washington D.C. with a timelapse camera app. 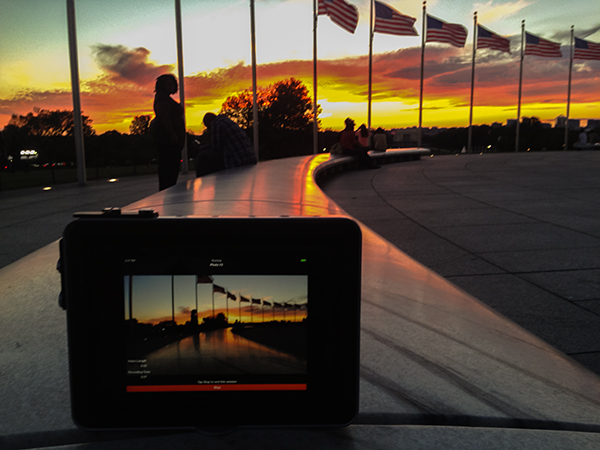 Included with the Padcaster Mini is a solid designed aluminum threaded screw-on lens attachment and 72-58mm step-down ring. This allows you to use third-party screw-on video lenses for either tele or wide angle to give your iPad Mini more range with the built in camera.

Here’s a comparison with a Vivitar 0.43x AF HD Wide Angle/Macro lens attached. I’ve found this lens really helps get a bit more in the shot without too much distortion – really helpful for interior shots as well. 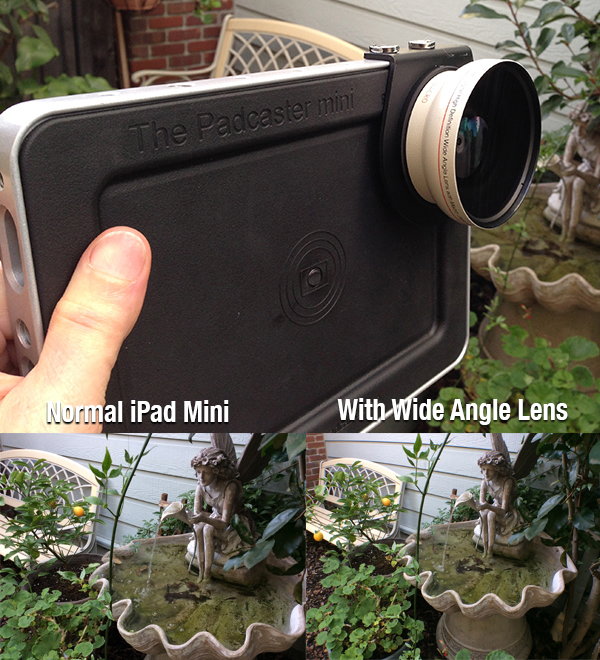 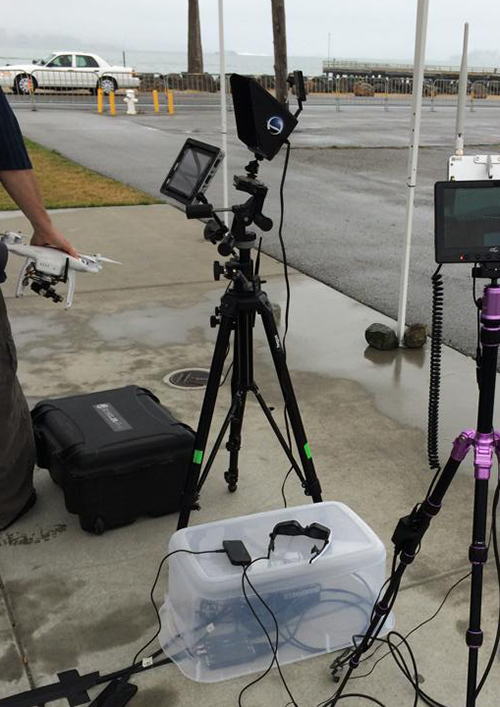 The Padcaster Mini with App Tools in Production

I’ve been using the full-sized original Padcaster when flying my UAVs and using the DJI Phantom app for a larger FPV (First Person View) screen and easier to see on a separate tripod along with other field monitors. We also highlighted it in the Drone Workshop I hosted on CreativeLive earlier this year and I now use the Padcaster Mini in the field as it’s more compact – especially when you have to hike in with your gear.

Here, I’m using it with the DJI Ground Station flight planner and the DSLRPros Cannes Cinema Edition P2 Kit to complete a fully autonomous flight from the iPad app. 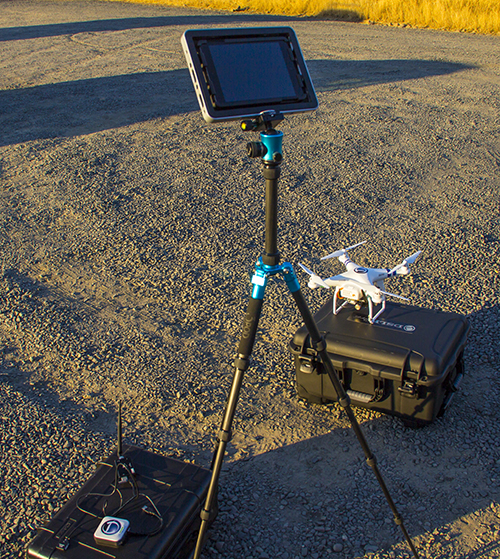 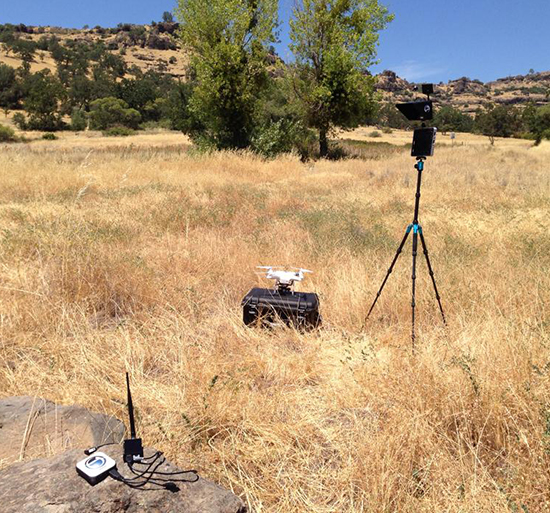 Another great use for the Padcaster Mini is to mount it to your tripod or cage in the studio to get real-time measurements of your green screen lighting using the Green Screener App. I’ve been sharing this at all my workshops and training videos to share how useful this tool is, and the Padcaster Mini allows you to leave it in place while you adjust your lights to even-out the background.

Here, I’m using it while training in a portable green screen setup at the Verizon Center in Washington D.C. with on-air talent for the Monumental Sports Network, to help their video team get better results with their green screen productions. 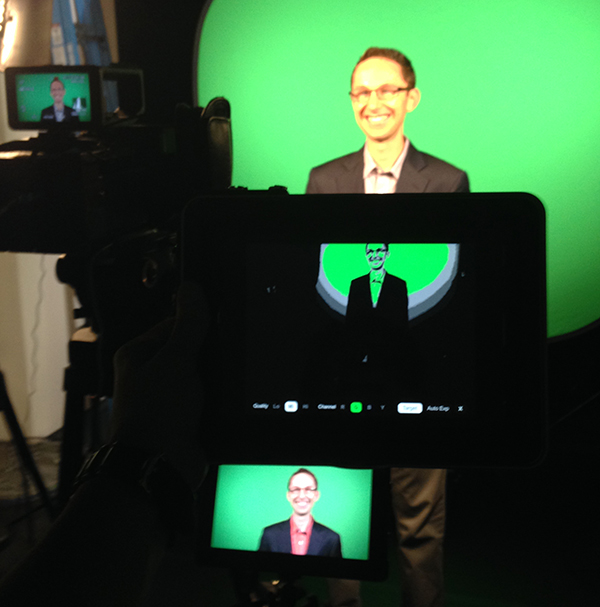 There are so many uses for the iPad Mini already, but having the ability to attach it to your production rig/grip, handle it like a real tool in your kit without worrying about dropping it or other damage, or just a solid frame for reviewing and editing footage in the field, the Padcaster Mini is a solid and affordable choice.

Regularly $99 through retailers like Adorama and on the Padcaster Web Store, they are offering a 10% off holiday special that will be good until Jan 1st, 2015 – only from their online store.