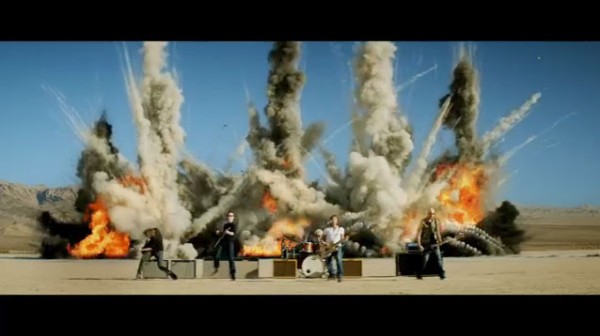 As a followup to its success with Act of Valor, the creative media collective Bandito Brothers stepped up to produce the music video for Keith Urban’s powerful new song “For You”, written for the Act of Valor soundtrack. Scott Waugh of Bandito Brothers directed the video, Shane Hurlbut was the director of photography, and multiple-award-winning editor Ken Mowe of Sunset Edit (who previously edited exclusively with Avid software) used Adobe Premiere Pro for the first time to edit the music video.

After completing the initial edit, the Bandito Brothers team organized all the assets-VFX shots, edited footage from Urban’s performance, and clips from the film-copied it all to a drive, and hand-delivered it to Mowe at Sunset for the final edit. In a departure from his traditional toolset as a music video veteran, Mowe used the beta version of Adobe Premiere Pro CS6 and was pleased with the flexibility and performance and said, “After three hours with Adobe Premiere Pro CS6 I felt very comfortable and I would use it again.”

A huge congratulations to the team for an amazing video!

For more details of how this project was shot and produced, see this video.