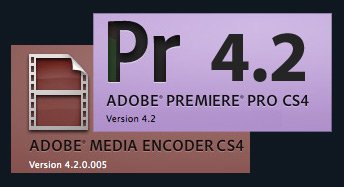 The new Premiere Pro CS4 4.2 and Adobe Media Encoder CS4 4.2 offer new improvements and enhancements to CS4 video workflows. With the 4.2 update, Premiere Pro now offers users of Panasonic’s AVC-Intra line of P2 cameras the chance to edit in native AVC-Intra format. This has been a longtime coming for AVC-Intra users and they can now enjoy the advantages of Adobe CS4 tapeless workflows and native editing. Several other enhancements to Premiere Pro 4.2 were also updated, like the support for Final Cut 7 import. I have outlined several of the updates and fixes below. I have also listed the “known issues” in 4.2 as well.

New in this release

Bonus Episode! In this edition of the PVC podcast Scott has an in-depth chat with Matt Christensen, one of...

When looking through various forums, blogs and commentary on social media channels, I’m often amazed at how quickly users...