Known to fans around the world as Pogo, remix artist and music producer Nick Bertke creates highly original compositions of sounds and images sourced from popular films and the world around him. With over 40 million YouTube hits for his mash-ups, he is clearly striking a chord with audiences across the globe.

Bertke’s love of music and sound started early. “My parents surrounded me with music since I was two and I’ve been recording myself and other things to cassette tapes ever since then,” he explains. “They used to put me down in front of a lot of musicals at that age, like Mary Poppins and The King and I, so I developed a great appreciation for storytelling through music.” 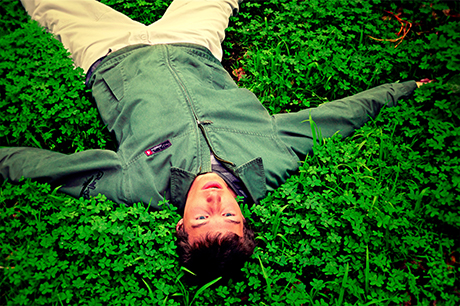 In the process Bertke discovered a deep fascination with the elements of music:, the way a chord is played or the unusual way a line of a song is sung. “As a child I would rewind the tape over and over listen to certain sounds again and again. When I started making my own music, in my early teens, I thought it would be cool to record all these sounds individually and then string them together. If I liked them on their own, I thought I would like something that was made out of them.”

“My art simply continues a tradition that stretches back to the beginning of human culture. We make art out of what we find around us. I do that today with sonic and visual elements.”

Pogo’s Setup
Bertke’s studio is outfitted with an iMac, Equator studio monitors, Yamaha HS80M speakers, and Primacoustic acoustics paneling. He uses a Focusrite Saffire audio interface and a Neumann U87 microphone with a Neve Portico pre for live recording. For video editing he relies on Adobe Premiere Pro and Ableton Live for sequencing sounds. For audio editing and final mixes, Bertke’s software of choice is Adobe Audition. “I’ve been using Audition since it was Cool Edit Pro,” he explains. “It’s always been at the core of my work.”

“I love the interface and the workflow just makes immediate sense to me” says Bertke. “It doesn’t get in the way of your work: It helps you get things done super quickly.” 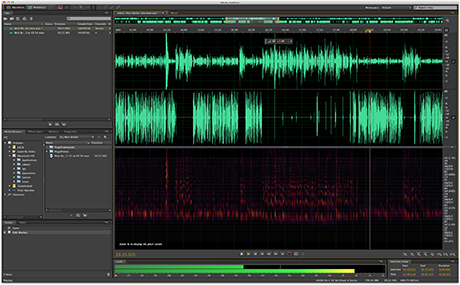 To create a remix from a movie, Bertke captures sounds from the DVD and records them in Audition. This is where he does all his sound editing, isolating and tweaking the elements he wants to use in the new composition. “I usually spend 2 or 3 days collecting sounds. Once they are good to go, I open Ableton Live and start sequencing all the samples into chord structures and rhythms and vocal sequences.”

He then brings the project back into Audition for multi-track for mastering. “It’s a robust environment for mixing and mastering and handles all my VST and AU plug-ins very well.”

Composing with Found Sounds
It typically takes Bertke three or four weeks to create a remix track, although it can take much longer if there is no pressing deadline. One of these mashups, Alice, now has over 9 million hits on YouTube.

“I grew up on Disney films,” recalls Bertke. “They were always made with a certain charm in the olden days. Young children, who are still learning how to interpret narrative, can lose themselves in the atmosphere of those old films. When you look at films like Alice in Wonderland, everything is so bubbly and spontaneous. It’s almost like the film is crying out to have something done with it. You have these textures of celluloid and vintage tape. Everything was done differently then and has special warm sound qualities that are very appealing.” 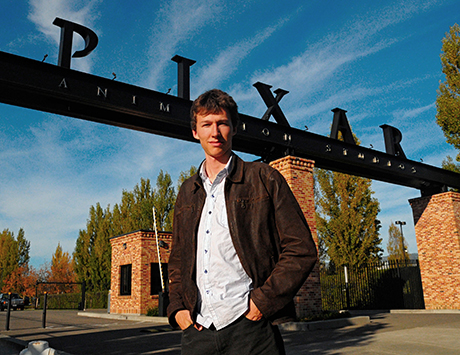 “When I’m creating a new piece, I always start by finding voices and sounds which have certain notes in them or have interesting timbres.” With these elements Bertke creates rhythms, chord progressions, and vocal sections. “My videos don’t show how any of this is done, of course. They’re more involved with nice visuals. I still get people asking me: ‘Oh, where did you get the music from?'”

In recent years, Nick Bertke has been creating remixes of sights and sounds captured from the environements around him. One striking piece, Gardyn, is composed of images and audio of his mother in her garden. His ambitious World Remix Project uses found sounds from different parts of the world: South Africa, Hong Kong, New York and a recent trip to Bhutan,Tibet.

“I used a microphone and camera to record a range of impressions of Tibetan culture. We recorded the voices of the monks, drums and all the instruments we could find. I came back and recorded Kadinchey out of all these samples. It is similar to the work I’ve been doing with movies, but I’ve always wanted to do it with a culture, or a group of people.” 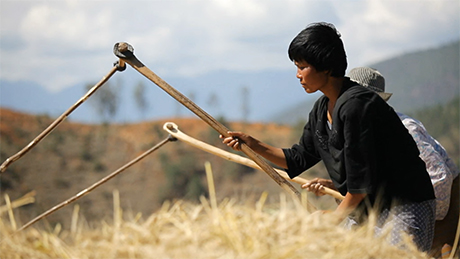 On the road, Bertke uses a MacBook Pro laptop and AKG K701 headphones. “Audition was up on my laptop every day at these locations.”

“Audition allows me to work with many, many hours of audio with ease and it allows me to find samples and trim them to my liking,” he explains. “I have yet to find another audio editor which allows me to do that with this kind of speed and ease.”

“Audition gets out of the way and allows me to concentrate on the sound that I’m working on: I can normalize, fade in and out, find zero points and create effects racks. I’m amazed at how fast you can work with it. For sampling work, you need a dedicated environment like this. I can’t imagine trying to bring a whole movie into some of the other applications and trying to work with sounds in this way.”

Looking Ahead
Pogo will continue to push the envelope as he continues to search the world for compelling sound elements and sonic textures. “Like any artist you become your own clich© after a while. When people start being able to predict what your music will do, it’s time to look for new ideas and new ways of creating. You are always reinventing yourself.” 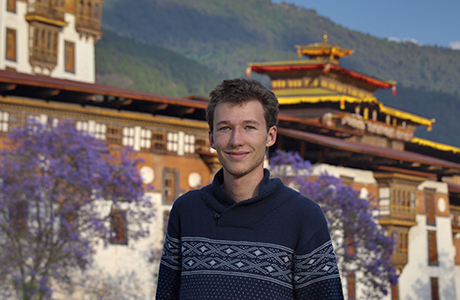