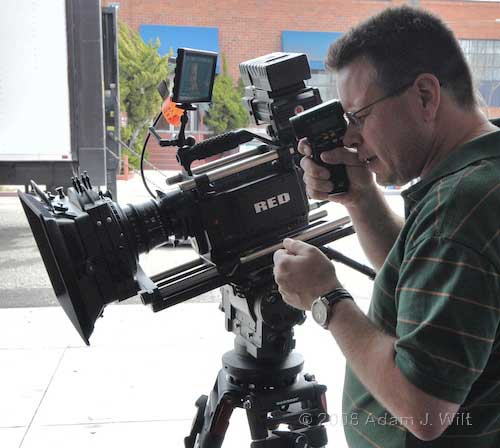 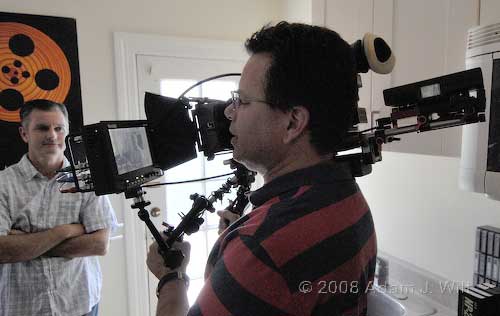 26 March 2008: Art Adams checks out Simon Sommerfeld’s Zacuto support rig for the HVX200, which Art plans to use the following week on a gig. Simon has a Marshall Electronics LCD on an Israeli Arm both for better focusing ease and to allow the HVX200 to sit on his shoulder. We rigged the Zacuto offset rods carrying the monitor’s battery to counterbalance the monitor both front-to-back and laterally. 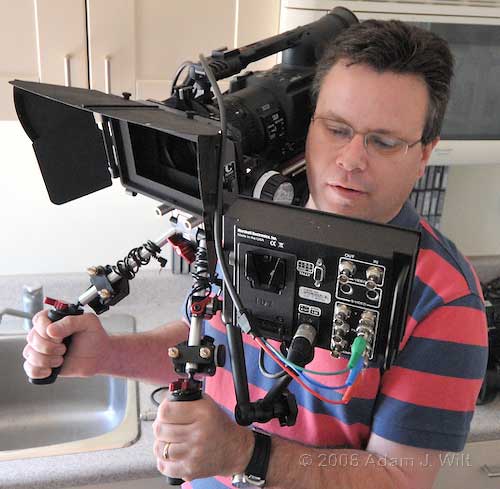 Simon has Varizoom zoom and focus controllers near the handgrips, and a Foxi follow-focus / aperture controller on the iris rods. The Foxi is an electronic control, so it could just as easily be moved down to a handgrip. The HVX200 works very well on this rig since the lens and iris can be remotely controlled. 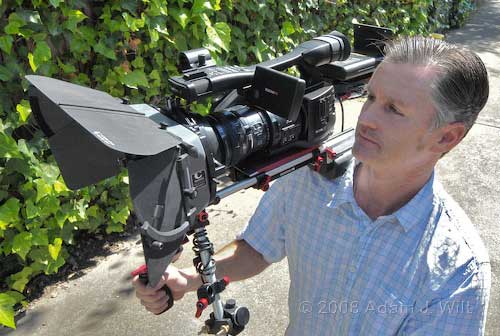 We then put an EX1 on the same rig. I flipped the shoulder pad around so the EX1’s own LCD could be used. The handles on the matte box filter slides just barely clear the built-in mic, but prevent the LCD from closing. Filters must be rotated sideways for insertion and removal. Cheers to Simon for modeling this rig.

(Keep an eye on Stunning Good Looks for the results of these tests, coming soon.) 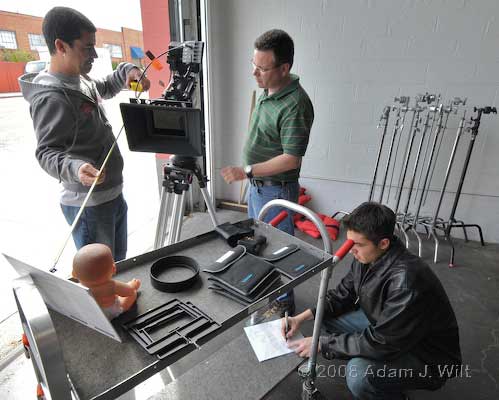 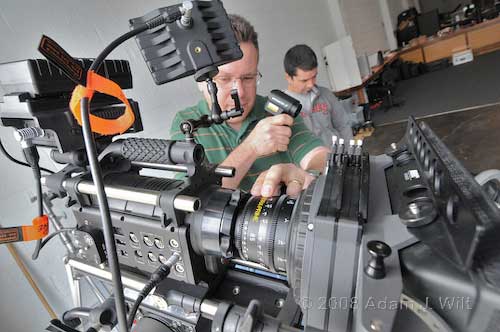 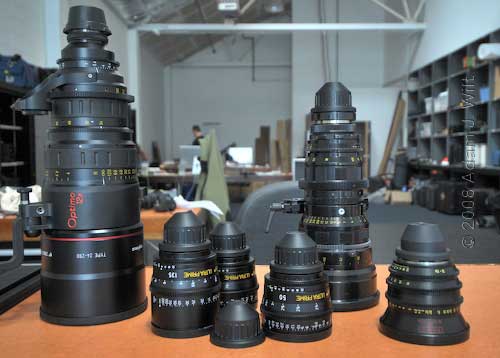 Chater has a number of tasty PL-mount lenses to choose from. I look forward to testing both the Ultra Primes and the RED 18-50mm. 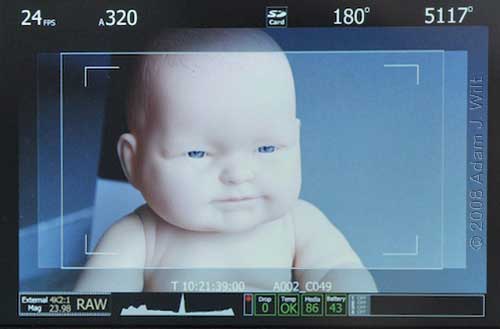 RED’s LCD image. The large picture is the entire scanned image; the brighter center portion is the active 4k 2:1 recorded area. A 16×9 frame guide with safe-area marks is superimposed, and data displays surround the image. At the bottom you can see the histogram as well as the overexposure “traffic light”; in this instance, 2% or more of red-channel photosites are clipping, so the red “LED” is on.<.h5> 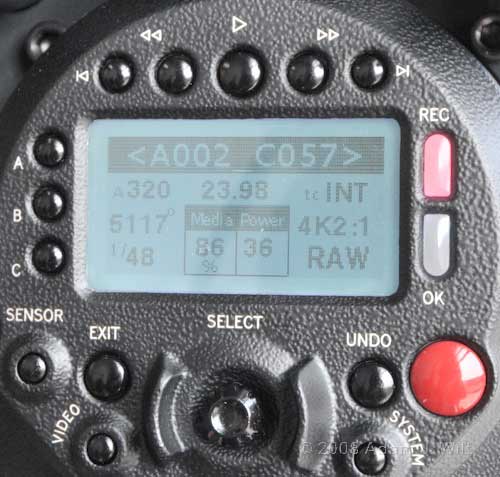 RED’s back panel during recording—note the pale red glow of the REC LED.

When working as a one-man band, you often need to take on all aspects...