When John Underkoffler presented the Keynote Address at Createasphere’s 2011 Digital Asset Management Conference in Universal City, he was met with the conference equivalent of “Bravo! Encore!” from an enthusiastic audience. Underkoffler had taken attendees into the world of gestural interfaces, his viewpoint of the evolution of the personal computer, and offered insights about the profound meaning of data. 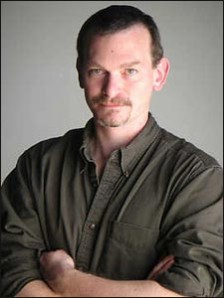 Underkoffler is the Founder and Chief Scientist for Oblong Industries, a company aiming to transform the way we work, create and collaborate. Their g-speak spatial operating environment (SOE) is a radically new platform that made its public debut in the tech-forward movie Minority Report. G-speak SOE implements a quantum leap in human-machine interface and introduces Oblong’s technological vision – driven by hand gestures.

John’s foundational work at the MIT Media Laboratory included innovations in real-time computer graphics systems, large-scale visualization techniques, and the I/O Bulb and Luminous Room systems. He has been science advisor to films including Minority Report, The Hulk (A.Lee), Aeon Flux, and Iron Man. John is also active on several boards and serves as adjunct professor in the USC School of Cinematic Arts.

Createasphere: Do you see a fundamental change in the nature of collaboration?

John: There has been a radical change in the business world regarding the value of collaboration. Have the processes changed, or is there greater awareness? I am not sure, but there is no doubt that business runs better with stronger collaboration, and the tools have not been adequate to support collaboration at the level that is demanded. We see the personal computer as the single biggest change from the last century. And yet, the fundamental barrier, one machine/one screen/one mouse has gone unchanged. People are doing the best they can with these systems, but the systems themselves are boxed in. At Oblong, we see that the limitation can be removed in UI decisions.

Createasphere: How can the UI (User interface) limit or expand collaboration?

John: The world is made up of screens. Without exaggeration, a “normal” household can have as many as forty screens: televisions, game consoles, computers, phones, navigation, etc. A multi-screen, multi-machine environment is implicit in the way we approach our work. And UI, as it is traditionally thought of, is not built from that perspective. So, as we built out the UI, the question is how do you build a set of UI elements and human expressions that can be embedded in the devices in the real world, and take away the abstractions. Once you do those things, you can point at screens, you can stand in the middle of a room and the universal UI addresses every possible need, every screen. When you empower that, you can inherently track multiple people, multiple places and environments, and multiple people can interact with multiple screens. When it becomes spatially driven, the whole system opens up. This is true for both personal and business environments. These are universal applications.

Createasphere:You discussed the differences in open and closed systems. Can we revisit those comments, and discuss their relationship to DAM?

John: The availability of the Personal Computer (PC) and VisiCalc were fundamentally critical developments. When that PC first arrived, after you opened the box and got it functioning, that machine invited you in to build something. VisiCalc let you sit in a program language, and actually program and make things. If a kid wanted to make fractal self-generating art, it was there with just a bit of exploration. Games, programs, and engineering were open to you. Systems today do not do that, and powerful, creative and important though they may be, they do not invite you in to their programming language to create solutions. Part of what Oblong is trying to do is get back to the notion of invitation and creation, to get back into the collaborative nature of the programs. We see that as central to the needs of every industry, not just entertainment.

Createasphere:You are working on open platform collaboration and SDKs. Is this kind of openness and development a core part of how Oblong pushes technologies forward?

John: Yes, we really do want everyone to have the ability to interact and play with it. We are betting on an inclusive approach to technology, and that a “virtuous ecosystem” will emerge.

Createasphere: Do you see the cross-pollination between industries increasing in terms of the use of Oblong’s platforms?

John: The technologies are universally applicable and every user brings something to the platforms. We see enthusiasm from every type of business.

Createasphere: The readers of this newsletter are engaged in careers that are, in some way, focused on the need to manage assets. UI, g-speak, the future – how do they intersect with DAM in entertainment, or in general?

John: Explicitly and implicitly we set out to manage huge amounts of data. Like UI, we knew that we wanted to address the data management stuff head-on. Our approach is visual and visceral, while the traditional way is more accounting like. We think that making that change to a gesture driven system is the easy part. That building visual systems the way we do, is the way that people want to do things. To sit in front of a computer, hunched, putting in meta-tags is not the natural way. We say, “don’t worry about that” – let’s put this out in the world as a show-and-tell. The management of assets is standing in a room with many images and moving them around at will. A digital system can work the same way that the mind does, and that way has to be more efficient.

Createasphere: What do you see as the next important stage of technologies for content creators, at any (or throughout) the content creation-management-distribution pipeline?

John: For us, it’s simple. Movement. We want to take advantage of a hundred million years of evolution so anywhere on planet Earth, you’ll be able to walk to a screen, and with gestures and pointing, access whatever information you need.