As a senior engineering manager at Adobe, I’ve been very lucky to visit broadcasters, post houses, and other customers all around the world. I really appreciate learning about how customers use our products and what types of content they produce. Getting to know the people and the cultures during these trips is always my favorite part.

Recently, I had the opportunity to travel to Brazil for that big international soccer (of course I mean football) event that just concluded. Adobe Premiere Pro CC was selected as the editing platform for the event, so we put together a team to go on site at the IBC (International Broadcast Centre) to learn from the workflow and the editors. Learning about how they build the production and how the people setup for such a huge event was very interesting. 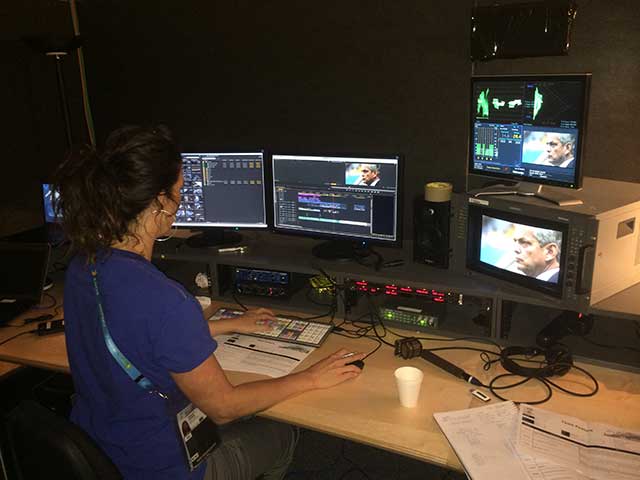 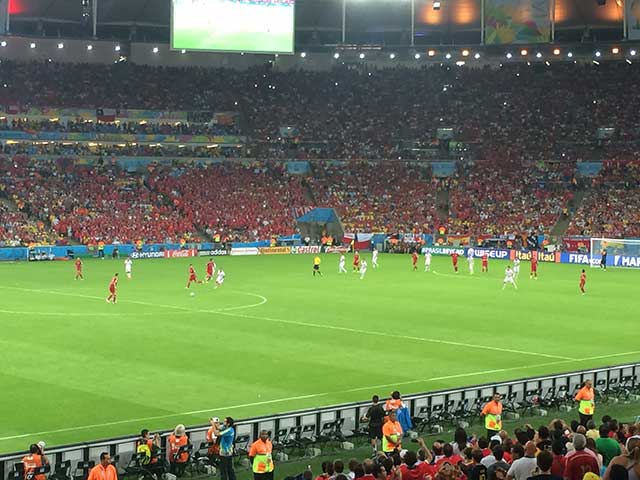 I could tell from the moment I landed that the people in Brazil were excited about the event, everyone was obviously soccer crazed! The IBC was like nothing I have ever seen. I have been to broadcast networks around the world but this was very different. It was a huge presence that took over an entire convention center with three halls filled with broadcast networks and equipment.

It was all setup just for the event and everyone was working together to make it a success. Many people moved to Brazil for months at a time to bring the event to life, which was something I hadn’t realized. I enjoyed talking with the editors about other worldwide sporting events they’ve been involved with in similar ways. 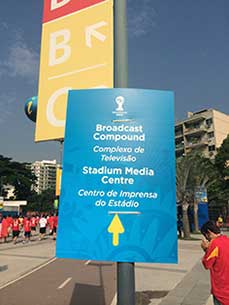 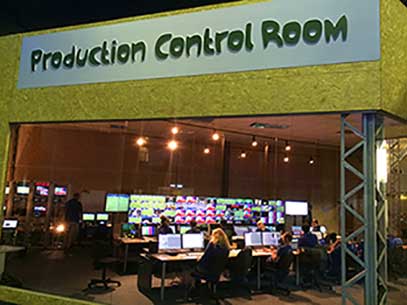 To support all of the people working there, the IBC had restaurants, laundry services, drug stores, and even an ice cream shop. There were buses all organized to take you from the IBC to wherever you wanted to go. It was definitely an amazing logistical effort. Of course there were TV screens all over the IBC showing every game that was on, including an 8K TV from NHK Japan.

From a broadcast perspective, it was impressive to see how many games and how many feeds per game were being captured. There was so much video available on a daily basis. The production team not only covered all of the games but also produced player profiles, supplemental content from around Brazil, as well as a range of graphics. The amount of content was enormous. And then they turned around the spots in mere hours with all that content and it looked amazing. All of the people working on the project were so talented and productive. 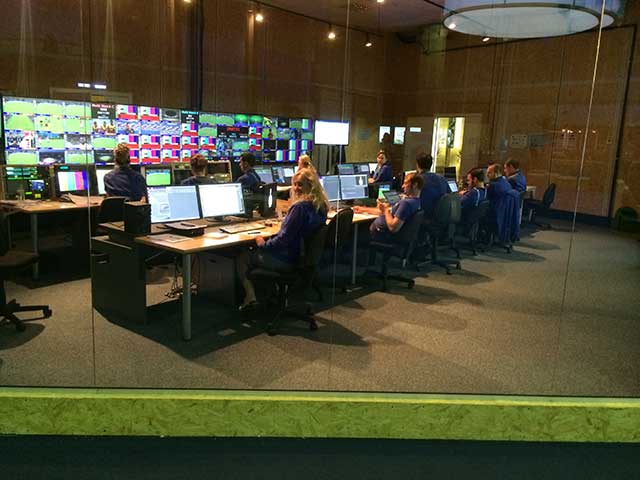 Of course, it was also great to see the editors working with Adobe Creative Cloud applications, from Adobe Premiere Pro CC and After Effects CC to Audition CC and even SpeedGrade CC to get the creative looks they wanted. It was essential that we supported growing files, especially AVCi100. This was the quality they wanted and it is a very demanding format. Over the past year, we worked very hard to optimize AVCi100 so it would be a fluid editing experience for the project and it was great to see our hard work pay off.

Many of the editors work with Avid and Final Cut Pro, and they really appreciated the high performance and stability that Premiere Pro offered. They loved learning about the keyboard shortcuts and streamlined editing tools, and commented on how easy it was to focus on being creative without the software getting in the way. 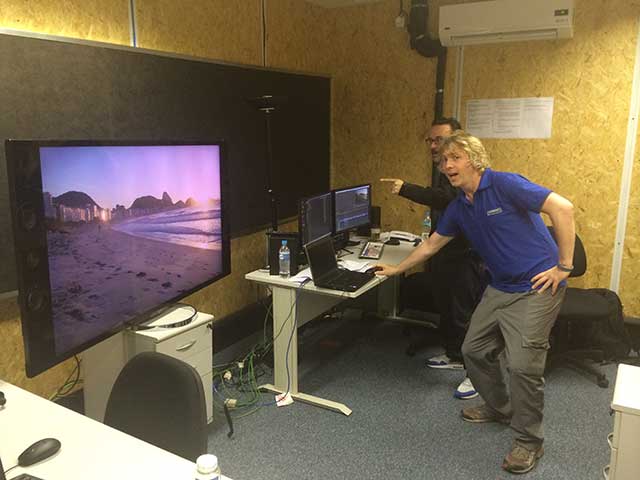 The editors also seemed to really appreciate the native workflows supported through Premiere Pro CC. No matter what the producer or other content providers gave them, they were able to drop it on the timeline and start working. This was different than past years when they first needed to ingest that media and wait. Integration among the applications was also something they really loved. After Effects was heavily used and the ability to start in Premiere Pro and Dynamic Link to After Effects saved them a lot of time. 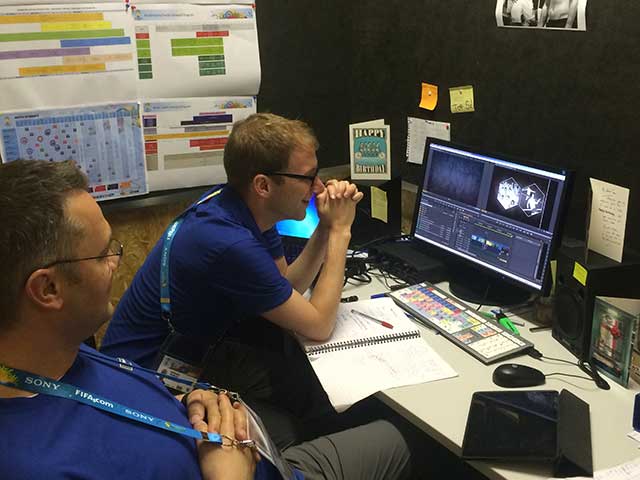 Members of the Premiere Pro team were in Brazil to make sure the use of Premiere Pro CC was successful and that we secured valuable feedback that we can use to make the product better. But it was hard not to get caught up in the excitement of the event. I lived in Germany for about six years so I learned to enjoy watching football and the fans during the 2002 games. In Brazil, we watched almost every game at the IBC, as they were on every screen, but it didn’t compare to when I got the opportunity to attend the Chile vs. Spain game. 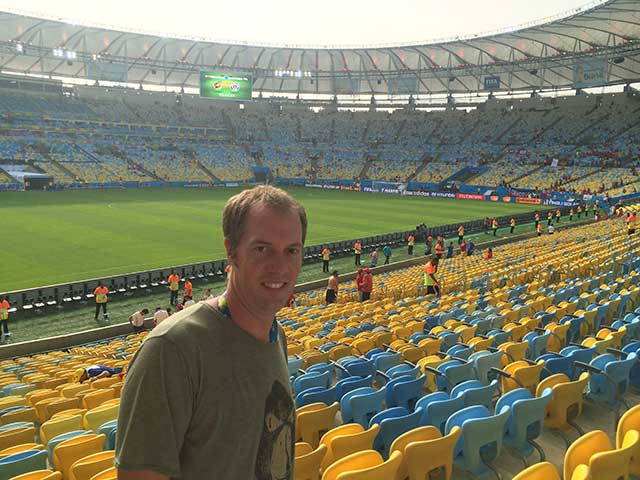 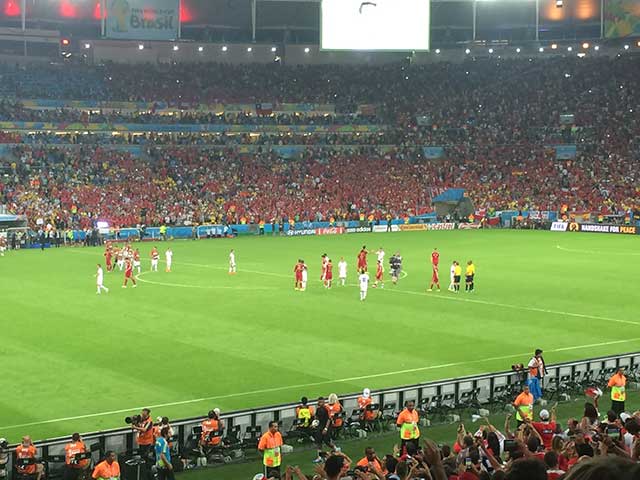 The stadium was amazing and the organization of the whole event was perfect. The fans were all very happy and cheered for the entire 90 minute game. They were overwhelmingly rooting for Chile, which worked out as they won. It was my first time going to a live game and the energy at the football stadium is not comparable. It was much more emotional and louder than I expected after only going to U.S. sporting events. The game was great and really topped off the Rio experience. It made me appreciate why people around the world love the sport. 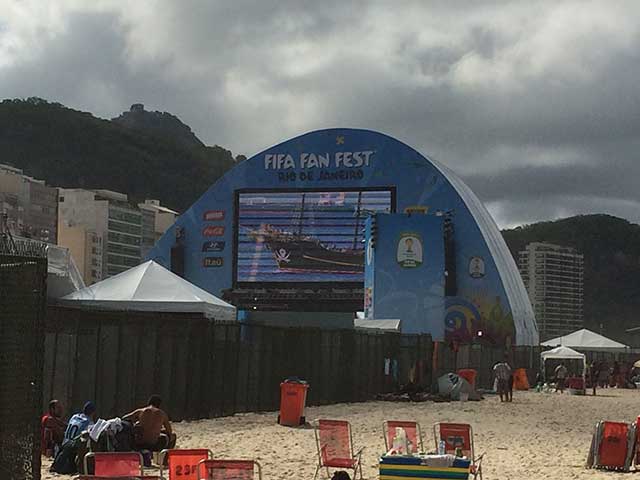 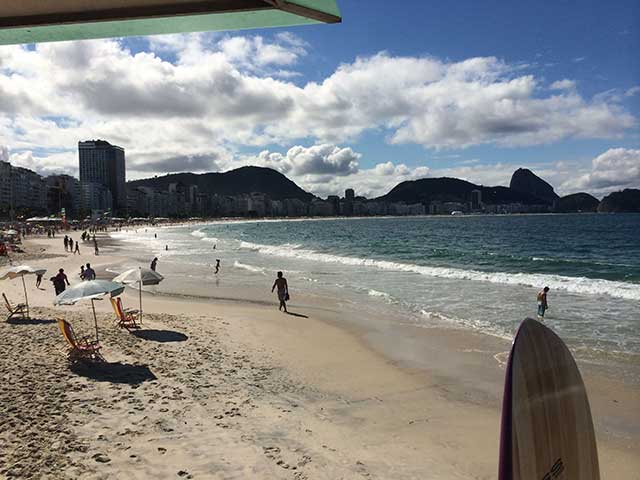 The overall feeling in Brazil was great and the people were very friendly. Everywhere you went you could feel football was in the air. Going to the beach in Copacabana, which I didn’t have much time for, was quite an experience. There were so many people from all around the world. The whole beach was set up to celebrate with large screens everywhere. I even had a few caipirinhas at the beach until sunrise with some of the team, which was lots of fun.

David McGavran is the Senior Engineering Manager for Adobe Premiere Pro. He has been at Adobe longer than he can remember. Dave has worked on many of the video apps at Adobe and is known for his work on Dynamic Link.Unfortunately, as an engineer, Dave isn't clever enough to write a funny bio so this will have to do.