Why the HS-2000 HD Mobile Studio worked for them 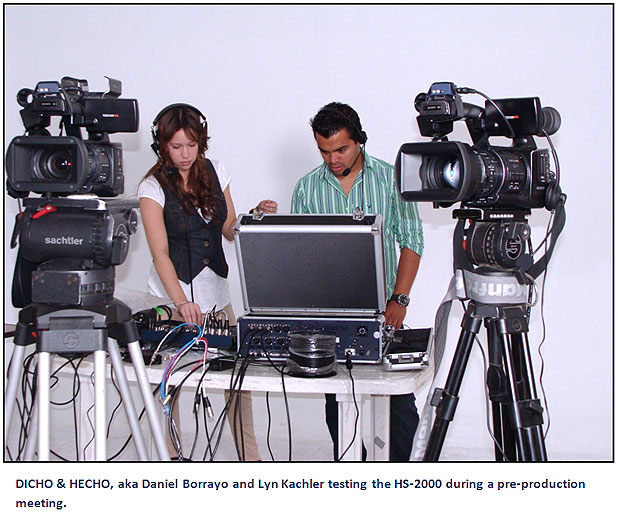 DICHO & HECHO (“Said & Done”) Productions, a startup production company in Guatemala City, Central America, recently purchased Datavideo’s HS-2000 HD Mobile Studio to cover various sports events and other on-location productions in Guatemala. Because founders and directors Daniel Borrayo and Lyn Kachler had an extensive background in HD TV Production, they were particular about what equipment to use as their production staples when they started their new company. In fact, Daniel Borrayo had considered several options before choosing the HS-2000 Mobile Studio.{C}

Borrayo: “I wanted to have something portable with built-in monitoring and a built-in intercom system with tally lights.”
Another important factor was that Daniel already had three Sony EX-1R cameras, which were among the few cameras in their price category which offer a true 10-bit signal via HD-SDI when in “Live” mode. Finding a mobile studio that could accept this signal and maintain its quality was key. 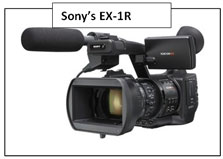 Borrayo: “I wanted (the mobile studio) to have full 10-bit processing, and the flexibility to choose my own 10-bit recorder for the final output. Other systems I looked at were more [complex and] expensive, and forced me to use their own 8-bit recorder. The HS-2000 met all my needs since it worked with the pristine 10-bit quality from the Sony EX-1R’s even though they don’t have Genlock.”

Note: The HS-2000 has built-in frame synchronizers for flicker-free transitions.. It’s also a time saver in Post when you have to import video and audio that was shot with mixed sources. The Sony EX-1R also has variable recording rates which the HS-2000 can accommodate.

Borrayo: “Our first project was to televise a series of Martial Arts events called “BLACKOUT”. We [also] needed to have broadcast headsets for the announcers, ESPN style. Like ESPN, we chose to shoot and record in 720p at 59.94 Hz to have the smoothest action video.

Fortunately both the Sony EX-1R cameras and the Datavideo HS-2000 gave us the flexibility to choose 720p/59.94, while giving us the option to use 1080i for some other future project.”
To complete their set-up, DICHO & HECHO purchased Audio Technica Broadcast headsets for the sports announcers, and a separate 10-bit video recorder. After pre-production tests (as shown below) at the DICHO & HECHO Studio in Guatemala City, Daniel had this to say after everything was put together:
“Everything is working flawlessly, and I am really happy with my choices.” 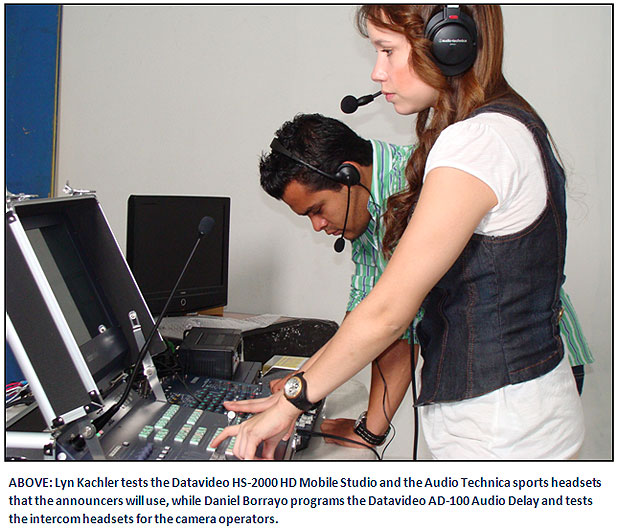 For information about the AD-100 Audio Delay Box:
http://datavideo.us/products/tbcs-and-audio-delay/ad-100-audio-delay-box.html

FTC Disclosure:
This is a sponsored article by Datavideo, and Datavideo compensated Allan T©pper for his work on this article.