If you think you’ve seen it all when it comes to reflectors, the Omega Reflector 360 will surprise you: it combines effects of a traditional reflector with the luxury of a ring flash effect. 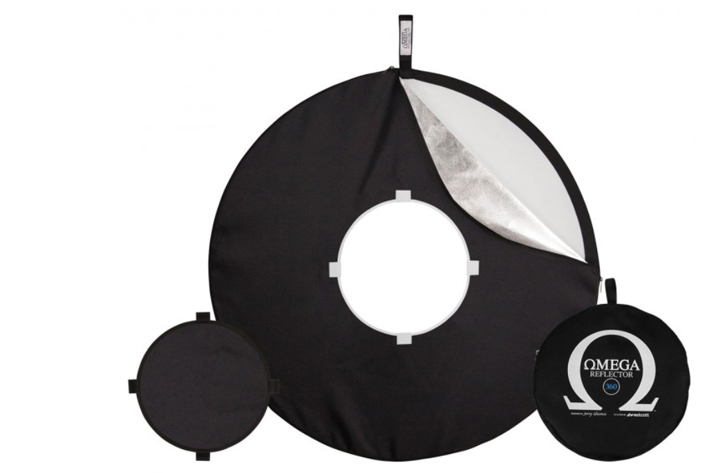 Designed by Jerry Ghionis, one of the top five best wedding photographers in the world, the new reflector from Westcott is a 15-in-1 reflector with removable center discs, for $129.90. It’s also a ring flash you can fold when you finish a shoot.

Like Westcott’s traditional 5-in-1 reflectors, the Omega features a 1-stop diffuser with an interchangeable white, silver, sunlight, and black cover. All of these surfaces are constructed with superior fabrics for pristine illumination and diffusion. These fabrics have been intelligently organized for convenience. Silver and white fabrics (the mostly commonly used options) are located opposite each other for instant access.

The Omega Reflector 360, though, is the world’s first 15-in-1 shoot-through reflector. Designed by renowned photographer Jerry Ghionis, the 40″ circular Omega Reflector 360 combines the effects of a traditional reflector with the luxury of a ring flash effect, offering the ultimate in portrait lighting. In fact, the combinations available are almost endless as, unlike traditional reflectors, the Omega Reflector 360 features removable center discs. These 13” mini reflectors detach instantly with touch fastener to create a shoot-through design, giving you the ability to shoot easily with the reflector out of frame.

The design of this innovative reflector instantly allows the photographer to have both a main light and backlight with a single light source, while keeping the reflector out of frame. The quick-collapse Omega 360 features 5 fabric surfaces with removable center reflectors, offering the ultimate portrait lighting control for both natural light and speedlite photographers. 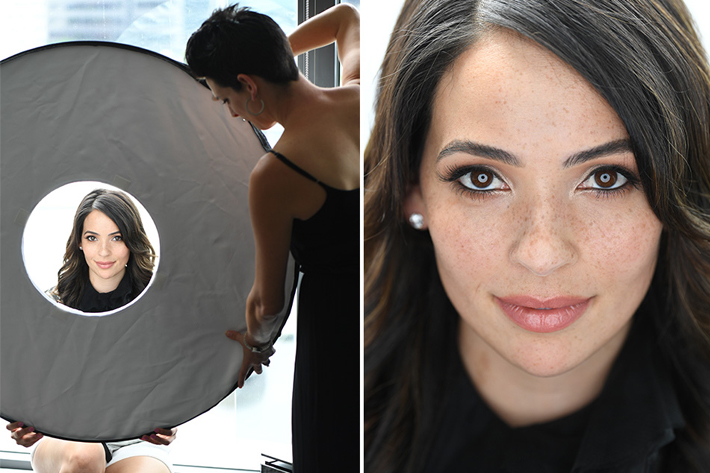 The Omega Reflector 360 is designed with a double-riveted frame that allows for effortless mounting and years of use. A suction cup hook is included for mounting to glass surfaces. A durable deluxe travel case is also included. This case features an adjustable shoulder strap, heavy-duty hardware, and customized pockets for easy organization.