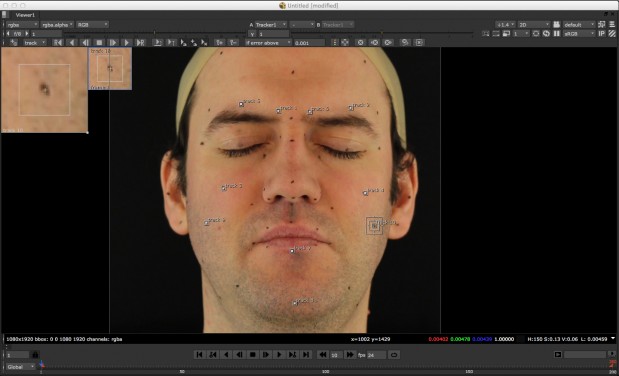 Our biggest NUKE release to date, NUKE 7.0 comes with a host of polished and perfected tools to streamline your day-to-day workflow, as well as exciting new feature additions to complement its highly acclaimed feature set.

Our biggest NUKE release to date, NUKE 7.0 comes with a host of polished and perfected tools to streamline your day-to-day workflow, as well as exciting new feature additions to complement its highly acclaimed feature set.

“It’s been a long time but NUKE 7.0 is finally ready to go out in the wild! It’s been an all-encompassing project, literally! With many different teams playing their part, research, the High Performance Group (HPC), the core NUKE team and many more. Performance has been hugely improved and many of our existing tools have been redesigned for a faster workflow that’s more tuned to artists’ needs. All in all, we’re really proud of what we’ve achieved for this release!”

Day to day compositing the way you want it – NUKE’s roto tools have been entirely redefined to enhance performance and improve stereo support, and the latest release also now includes Primatte 5, a new 2D tracker and support for ARRIRAW and the latest R3D SDK. The SplineWarp node and DopeSheet have also benefited from major improvements.

Blurring the line between 2D and 3D – With NUKE 7.0 artists can now relight renders in the comp environment using the Relight node and even model using NUKEX’s new ModelBuilder, reducing the need to roundtrip to another tool or hand work off to other departments. NUKE’s Deep compositing workflow benefits from the addition of OpenEXR 2.0 and the 3D system welcomes the Alembic file format.