Nintendo is set to launch the Nintendo 3DS, its latest innovation and 3D portable entertainment system, and associated 3D video games on March 27, 2011. 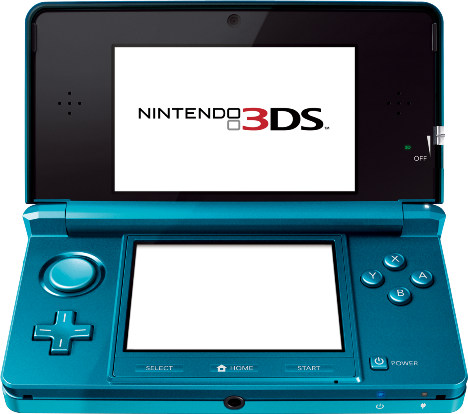 On March 27, Nintendo will enable portable entertainment in 3D without the need for special glasses with the release of the Nintendo 3DS system. The system will be available in a choice of Cosmo Black or Aqua Blue at a suggested retail price of $249.99. “Nintendo 3DS is a category of one–the experience simply doesn’t exist anywhere else,” says Nintendo of America president Reggie Fils-Aime. “You have to see Nintendo 3DS to believe it. And it’s like nothing you’ve ever seen before.”

Nintendo 3DS sports two screens: The bottom touch screen makes use of a telescoping stylus stored in the unit; the top screen displays 3D visuals to the naked eye.

“Looking at the screen is like peering through a window into a world where characters and objects have true depth,” says a representative. The system’s 3D Depth Slider enables players to select the level of 3D they prefer, whether increasing it to the highest level, scaling back to a moderate setting, or turning it off completely.

Nintendo 3DS adds a Circle Pad to provide the 360 degrees of freedom and precision necessary to play games in 3D worlds.

Additional features include : aA built-in motion sensor and gyro sensor, a StreetPass feature capable of exchanging game information with other Nintendo 3DS systems, a SpotPass feature for connecting to compatible public hotspots and through a wireless broadband Internet connection, and a variety of pre-loaded games, applications, and features, such as Nintendo 3DS Camera.

Nintendo 3DS comes with six augmented-reality (AR) cards. When the two outer cameras are pointed at the cards, they read the cards and superimpose images and animations onto the scene. Developers can also use this technology to add creative experiences to their games.

During the launch window, between March 27 and the E3 Expo in early June, more than 30 games will be available to Nintendo 3DS owners. These include Nintendo-created games, such as Pilotwings Resort, which has players soaring acrobatically over iconic Wuhu Island; nintendogs + cats, a new version of the Nintendo DS classic with a feline enhancement; and Steel Diver, a side-scrolling submarine adventure that gives the illusion that the player is peering into an aquarium. Other Nintendo 3DS games in the works include : The Legend of Zelda: Ocarina of Time 3D, Star Fox 64 3D, Kid Icarus: Uprising, and new installments in the Mario Kart, Animal Crossing, and Paper Mario series.