Updated with video and additional detail

Today at Adobe MAX 2014, Adobe released a new family of iOS mobile apps and enhanced Creative Cloud 2014.1 desktop tools that enable creatives to access, use and create from anywhere. Details on what's available today are available from the Creative Cloud Team at Creative Cloud: A New Era of Mobile Creativity.

The updates and more will be demoed in today’s keynote session at Adobe MAX, beginning at 9.30 am PT.

A recording is now available. 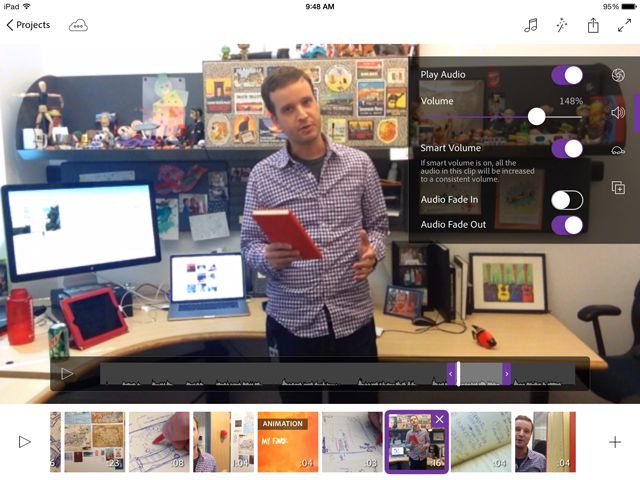 ◊ If you're looking for perspective on mobile apps, photos, Lighroom, etc, be sure to catch comments by Stu Maschwitz.

Meagan Keane and Scott Belsky introduce Adobe Premiere Clip – New mobile video editing app, one video among a bunch posted on the releases in the playlist below:

Paul Trani and Terry White have video previews for Photoshop. Terry also has video for the other desktop updates:

◊ Only the Adobe video apps are set to the max appearance darkness — but remember that overall UI brightness is user-adjustable, though that doesn't help with parameter highlights much. Adobe After Effects guru Todd Kopriva notes that “You can increase the Brightness preference in Appearance preferences. Or use Use Legacy UI control in ScriptUI panel menu.” He says “Please bring detailed feedback about the new UI here [Adobe Forum], so that the right folks can see it.” He detailed UI changes for CC 2014.1 earlier.

According to Zack Lovatt, UI scaling for Windows hi-DPI users is problematic. He notes Living a High-DPI desktop lifestyle can be painful, so it may be par for the course.

Many don't like the new UI. Creative Impatience has a thoughtful explanation in Simplicity Overdone.

Mikey Borup likes the new UI colors for properties with red highlights that make it easy to spot with expressions. Of course, the blue highlights are what you look for the most, and they can fade into the background. 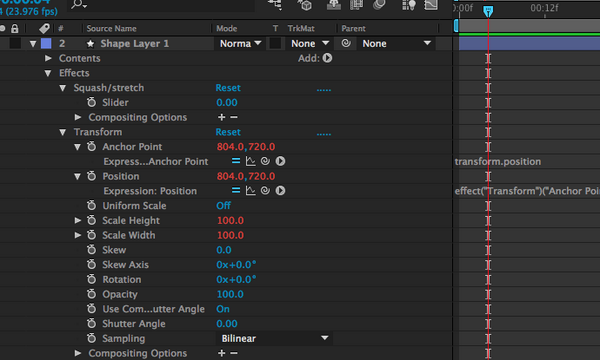 Project Animal was shown in a sneak peek at MAX 2014 in the Microsoft push towards the end. It's pretty cool! If you're interested in pre-release testing or want to see it again, see the video below at the 6:00 minute mark (there's also an audience recording using the Premiere Clip app):

“For those who don’t know what I’m talking about, the Advanced Product Development team who work closely with the After Effects team has been working on a character animation product code-named Project Animal. While your character is the puppet, you are the one holding the strings. By accessing your computer’s webcam, Project Animal will track the movement of your head, mouth, and eyes—including your blinking, glancing, and eye-brow raising—and move your puppet accordingly. When you talk, your character talks. When you feign surprise, so does your character. When you’re grumpy, your character is too.”