Captain Hook shares his compilation of shots with the URSA

There are not many URSA's out in the wild but that does not mean we have to wonder how the footage from the camera performs.  Thankfully, Captain Hook of “A Couple of Night Owls” has just released this beautiful video which shows off the camera's 4K 60 FPS.

This URSA footage was shot by Captain Hook, who has worked with Blackmagic Design on other camera releases and now works for Blackmagic, shows off the first footage from the EF Version of the URSA.  In the previous URSA video we saw footage shot on the PL camera with an older Cooke Lens which was used to great effect. Now, Hook uses sharp Sigma/Canon lenses, specifically the Sigma 18-35mm, Sigma Art Lens 50mm, and Canon's 70-200m, to show off just how stunning the image can be.

The Bear in NZ Winter – Beta URSA Footage from A Couple Of Night Owls on Vimeo.

Shot with Sigma's 18-35mm zoom, 50mm Art Lens, and Canon's wonderful 70-200mm zoom.  Graded in DaVinci Resolve 11.  And, apparently all was all shot using ONLY the built in 10″ screen. Most of the footage was shot with the two from “A Couple of Night Owls” with the exception with the Music video.  There they had a very small crew helping… emphasis on very small crew.

NOT JUST THE CAMERA

Did your oven make a great meal for you today? No it didn't, you did.  It's the same with cameras.  Captain Hook, and “A Couple Of Night Owls” are great photographers and I would not expect them to turn in something looking anything less than great.  The Production Camera and URSA share the same sensor so I fully expect the camera to produce similar footage. The bigger camera body should allow the URSA to have much better processing power to help with Fixed Noise Pattern as well as higher frame rates.  The rumor, and I emphasize rumor, is the URSA will have more frame rate options in the future. That rumor might be one of the reasons for the bigger camera body.  The Slow motion is a first in a Blackmagic camera, but definitely something I have been waiting to see.  The 4K 60fps on a camera at this price is fantastic, and I cannot wait to give it a spin.

So you can compare, or pixel peep, I am including Brawley's URSA video shot on a Cooke 25-250mm lens.

URSA does Bronte from John Brawley Tests on Vimeo. 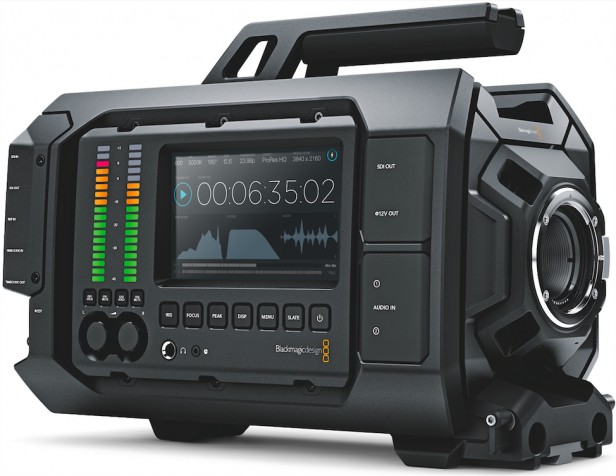