Video professionals of all stripes will benefit from hundreds of new features and enhancements, providing them with better integration, greater creative scope, and a more efficient workflow. Here are just a few of the highlights:

You can read a more in-depth overview of the new features here.

“When I saw the integration offered by Adobe Creative Cloud, I could hardly wait to get started,” said filmmaker and visual effects supervisor Hasraf (HaZ) Dulull. “The learning curve was virtually nil. I moved among Audition, After Effects, Premiere Pro, and Photoshop, but it never felt like I was jumping from compositing to editing. The whole experience felt like one big environment. What made it even more incredible was that I did it all on my Macbook Pro laptop hooked up with cinema display screen and external raid drive.” 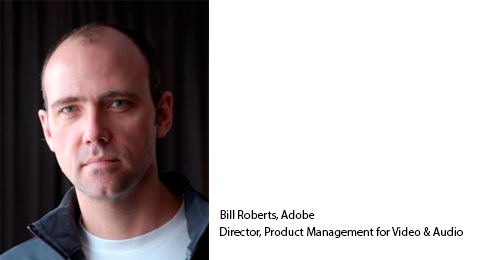 The new pro video applications were first revealed in April at the National Association of Broadcasters (NAB) exhibition in Las Vegas. “The response at NAB was incredible,” said Bill Roberts, Director of Product Management for Video and Audio at Adobe. “The Creative Cloud releases of our pro video tools are really strong across the board. With the efficient new Creative Cloud model, our teams are poised to deliver new features on an ongoing basis. We think our users are going to love this.” 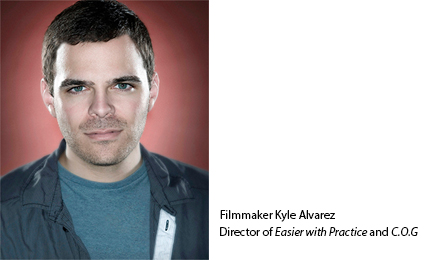 “It was a no-brainer in terms of going with Adobe Creative Cloud,” said Kyle Alvarez, whose latest film C.O.G. premiered at Sundance and recently won the Grand Jury Prize at the Seattle International Film Festival. “It offers virtually effortless access to all the latest software and it’s always there for us. We use Encore, Media Encoder, Audition, Adobe Premiere Pro, Photoshop, Illustrator, Adobe Bridge, and After Effects, for everything from effects to movie posters—and the software really integrates perfectly together.”

While the feedback from current Creative Cloud members has been overwhelmingly positive, the initial reactions to the new Creative Cloud model, announced at MAX on May 7, have varied. “We realize that some in the community are still unsure about Creative Cloud, but as we go forward, people will discover that this approach brings us much closer to our users,” explained Roberts. “The tools and the whole model will evolve in a much more collaborative environment than was the case in the old days of boxed software and big, expensive releases.”

Jacob Rosenberg, director of Waiting for Lighting, on a shoot. 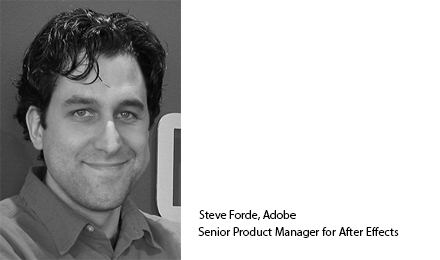 “Creative Cloud provides a backend infrastructure for the tools, including storage, Sync Settings, an easy mechanism for staying up-to-date, and access to resources,” said Steve Forde, Senior Product Manager for After Effects. “As the digital media creation process evolves, this kind of infrastructure will become more important for our users. It’s a connected world and our creative tools should be connected, too.”