A simple, affordable color correction application for the GoPro crowd might be useful in other circles as well 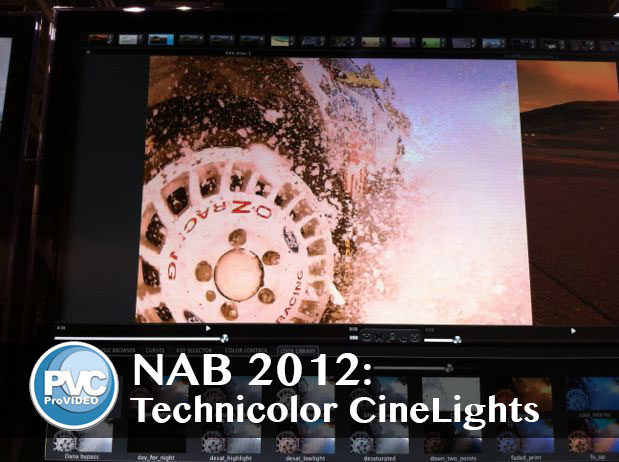 I wandered into GoPro’s rather large booth on Thursday morning as they had both a Porsche 911 and Ford GT40 on display with a ton of GoPros attached. An announcement late in the NAB week was that an update to the tiny GoPro cameras would finally give them 24 frames per second capability. It was also a surprise that none other than Technicolor was going to supply a flat cinema-style picture profile for a bit more dynamic range in your GoPro footage as a part of that firmware update. I was even more surprised to see Technicolor demoing a new color correction application called CineLights in the GoPro booth as well.

This $99 Technicolor application (launching later in the summer) looks like a quick and easy way to do some basic, primary color correction and color grading on not just GoPro footage but other footage as well. They were running some ProRes in the GoPro booth. That was also a bit of a surprise as I thought it was a GoPro specific application but this was actual Technicolor product being demoed by a Technicolor representative.

Once footage is imported there’s a large player window and a number of tabs across the bottom for various functions in the app. A thumbnail library runs across the top with video scopes and a history window that were viewable on the right. It didn’t look like a particularly revolutionary interface but rather it was clean and simple. 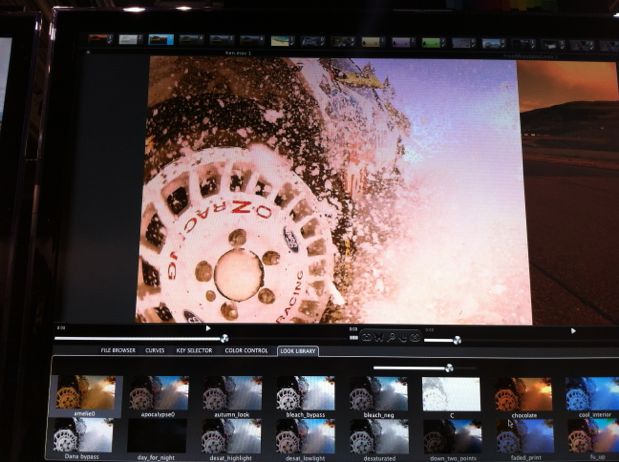 The Look Library is a browser of canned looks. Other look packages will be available for $10.

Those tabs across the bottom include files browser as well as a Look Library. Double click a look and it plays in real time with no need to render. The application will ship with some two dozen looks but other looks packages will be available for $10. 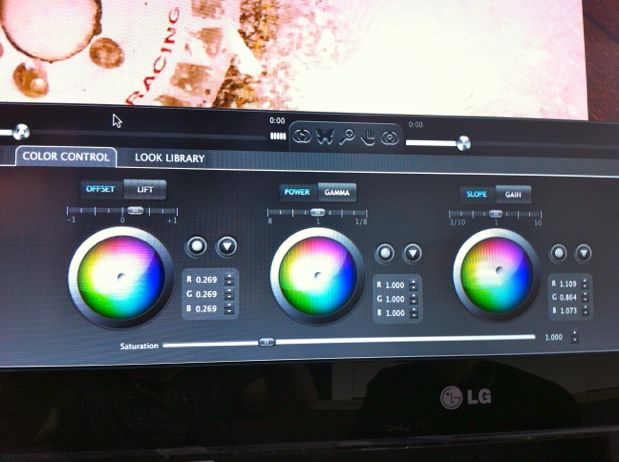 There’s a familiar 3-way color corrector as well as a tab for curves so anyone with any color correction experience will feel right at home. A keyer is another tab called Key Selector but from what the rep said it isn’t a secondary keyer for color correction but an actual green/blue screen keyer but from reading the product documentation it says for “selective color treatment”. This application will also be a cheap way for someone without an NLE to jump in and learn some color correction basics. Of course they could always download the free DaVinci Resolve as well I suppose but that’s a lot more complex. 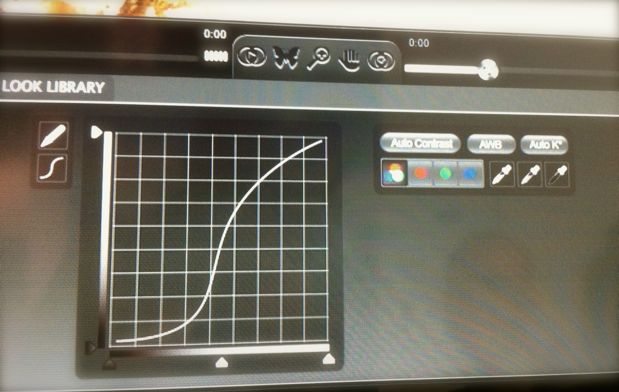 Curves are available for curved grading.

One very interesting aspect of this Technicolor application is that all of the data that make up your looks is stored as metadata within the Quicktime files that it supports. It’s non-destructive and it works within the Technicolor application but they are also developing plug-ins for NLEs as well. Final Cut Pro 7 and Adobe Premiere Pro are on deck first with Avid Media Composer planned as well. The demo guy said that Avid might get pushed up in priority as they had a ton of interest at the show in an Avid version of this plug-in. This will be yet another option for doing some quick and easy looks on any number of formats. It’ll be interesting to see how real-time the looks are outside of the CineLights application. 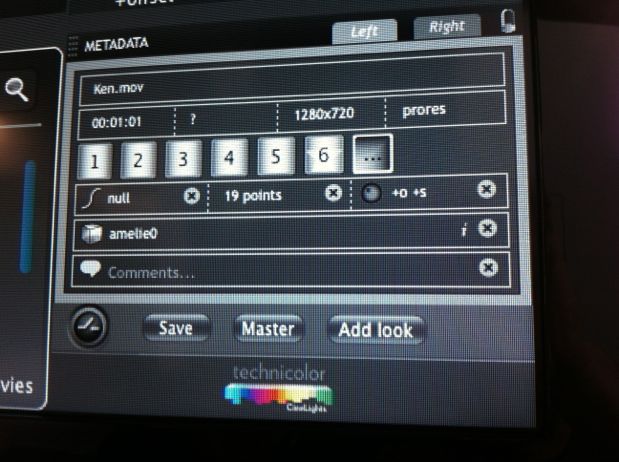 A metadata panel is there as well since metadata is more important today than ever before.

It seems to me the NLE plugin might have quite of a limited market considering all of the different color correction tools and look packages available these days that are more closely tied to the NLE. But I have to remember not everyone is into the high-end post that many of us who love Colorista and Resolve are. In fact the GoPro market has a lot of user out there who have probably never touched an editing application. For them this might be their best option.

The interest around the GoPro booth on the last day of the show way quite energetic, just like the little GoPro camera itself. As the GoPro booth continues to grow in size and more products ship to support the scrappy little camera I bet we’ll be seeing a lot more of them.