Alexa advancements, LED lighting, and support for other cameras. 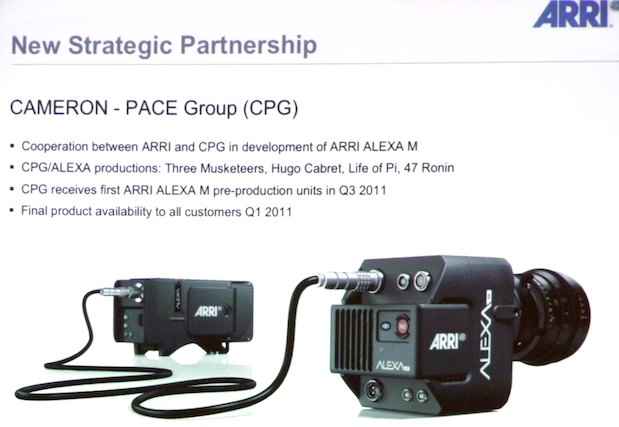 Some quick notes from Arri’s Monday press conference, plus some from-the-floor photos.

An L-series LED light on the show floor.

Regarding Alexa: “some companies try to tell you that what matters is the number of pixels. It’s just not true: it’s how the image looks.” 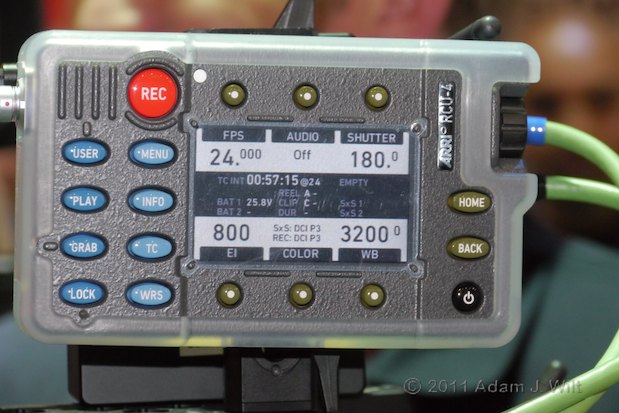 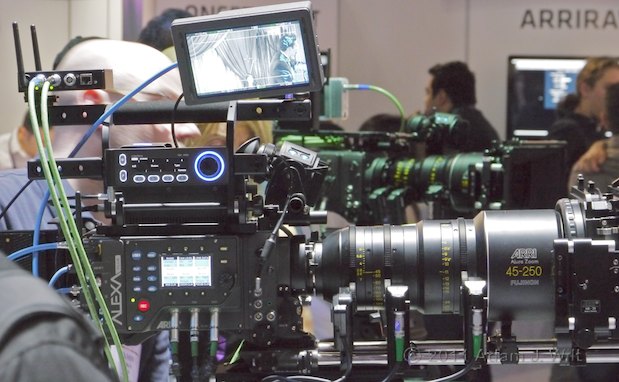 An Alexa with a 45-250mm Alura zoom and a piggybacked Codex Digital recorder. 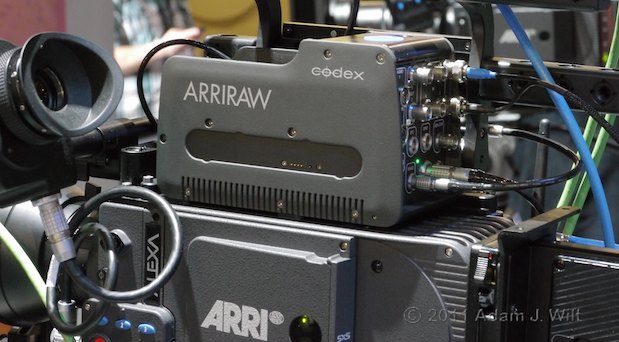 The recorder has its own detachable remote.

Anamorphic desqueeze as a paid add-on for 2x and 1.33x squeeze ratios. 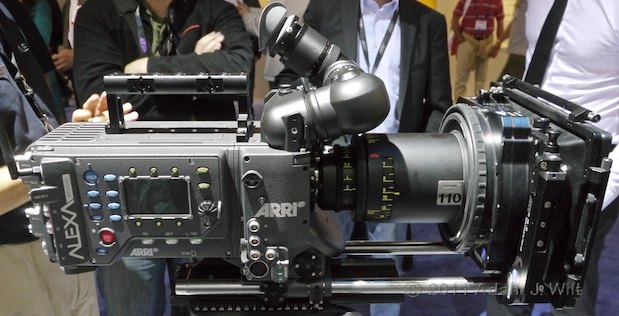 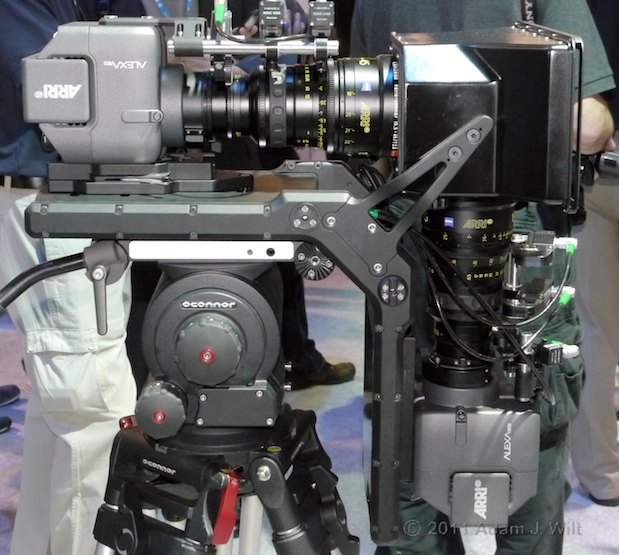 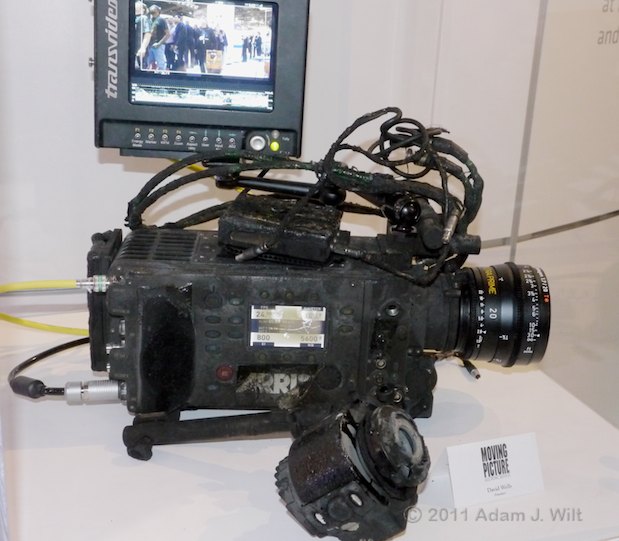 Alexa, well done: it was engulfed in a battery fire, and still makes pictures.

I’m attending NAB 2011 on a press pass, which saves me the registration fee or the bother of using one of the many free registration codes offered by vendors. I’m paying for my own transport, meals, and hotel.

No material connection exists between myself and the National Association of Broadcasters and/or Arri; aside from the press pass, neither NAB nor Arri has influenced me with any compensation to encourage favorable coverage.