Initially, I see things people will love if they shoot with the camera and details naysayers will nitpick over. The built-in microphones are close to the cooling vents. Actually, everything is close to the cooling vents. It’s a small camera and DSLR Size. Everything is near everything. The camera has a 4/3 sensor instead of an S35mm sized sensor and the dynamic range is 13 stops instead of the 15 stops of a URSA Mini Pro. But… the benefits, I think, greatly outweigh the less than ideal. This is the first Blackmagic Design Camera capable of high ISOs and is by far the most light sensitive. I am talking about 25,600 ISO.

Curious, Suspicious, and honestly a touch doubtful an ISO this high could ever be useful.  Bob from Blackmagic Design let me menu dive for a moment. Like a petty criminal, I stole a peek at the camera’s image and the 25,600 ISO setting. Like a thief who accidentally struck the motherload, I was surprised. The Blackmagic Design Pocket Cinema Camera 4K at 25,600 ISO looked… well.. it looked pretty decent. I saw a noise on the screen but far less than I expected. The picture at 25,600 ISO appeared usable.

I quickly head the camera up to a deep dark black shirt, easy to find since all NAB Blackmagic Design personnel must wear pin-point black oxford button-down shirts, and I saw zero fixed pattern noise. This is a big step for Blackmagic Design. Like I said, don’t call this a come back; Blackmagic Design was always there quietly giving shooters the features we asked. 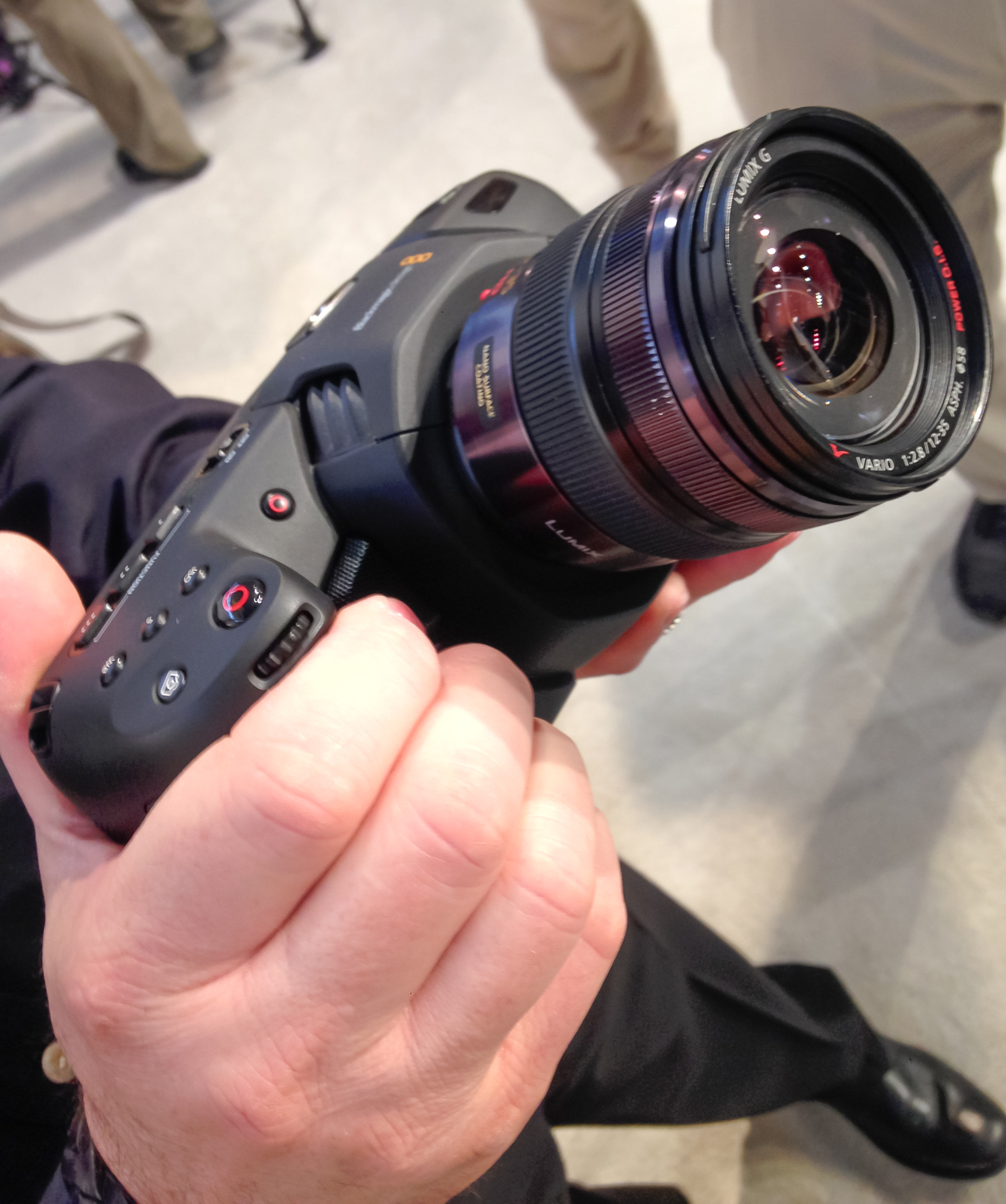 Blackmagic Pocket Cinema Camera 4K will be available later this year for US$1,295 from Blackmagic Design resellers worldwide. 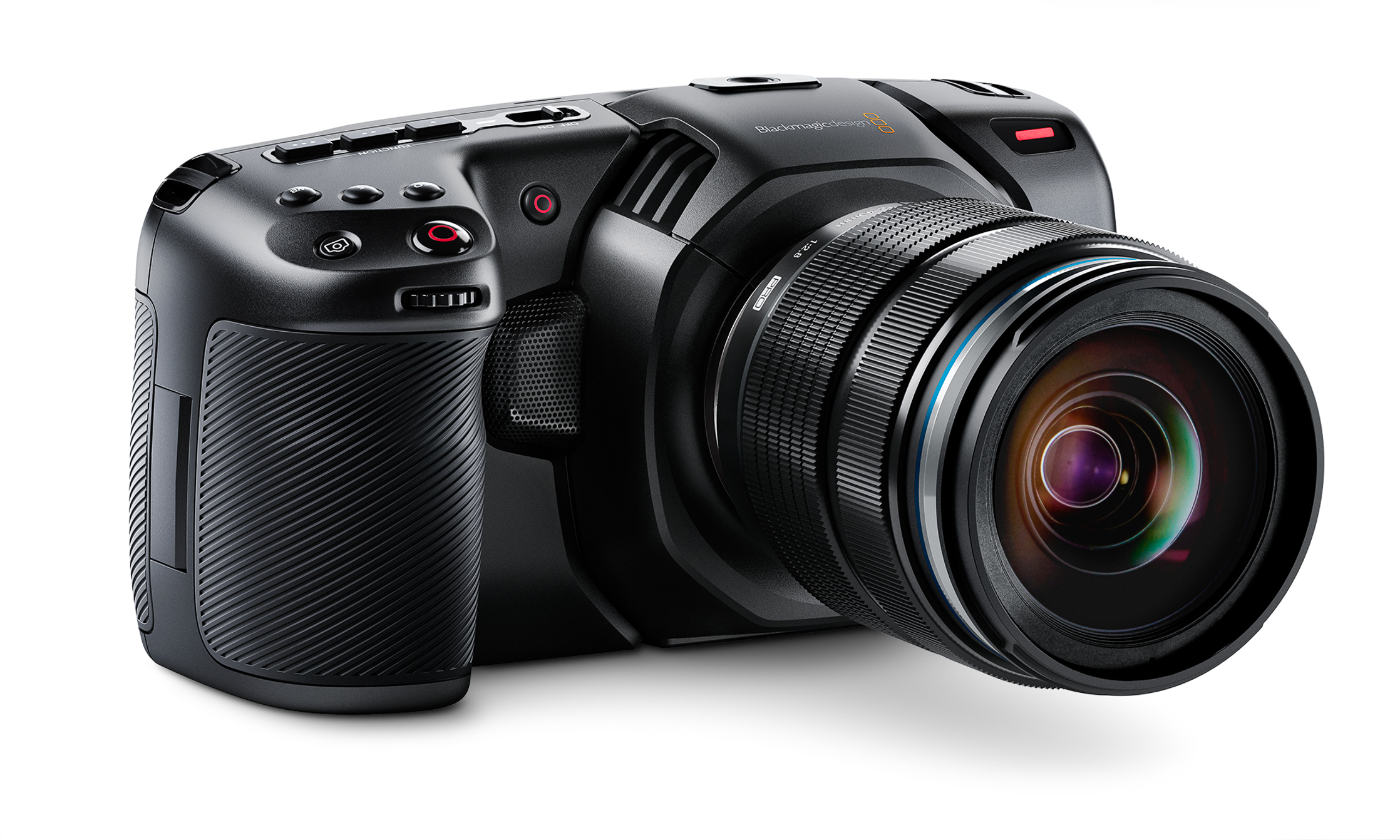 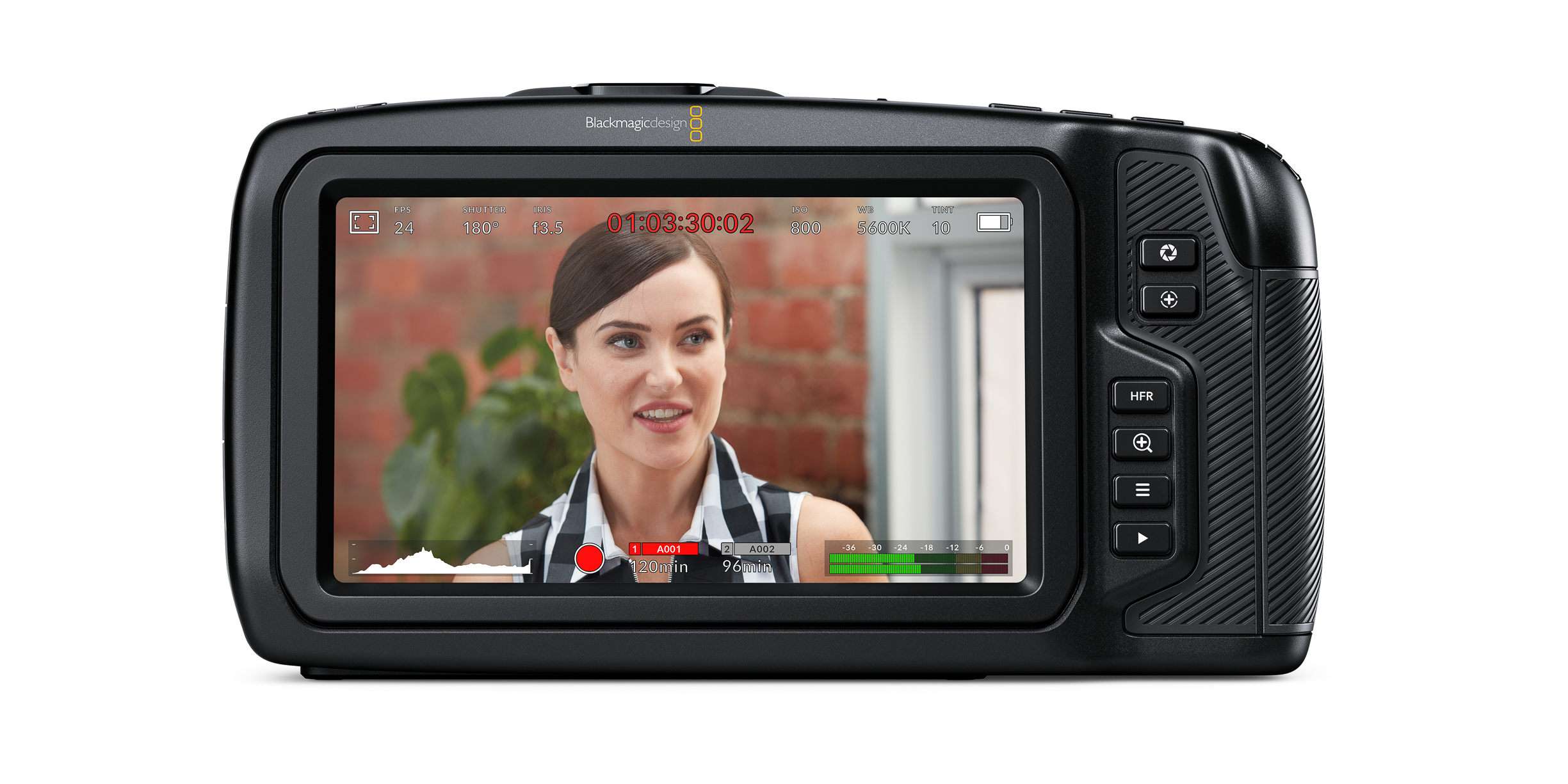