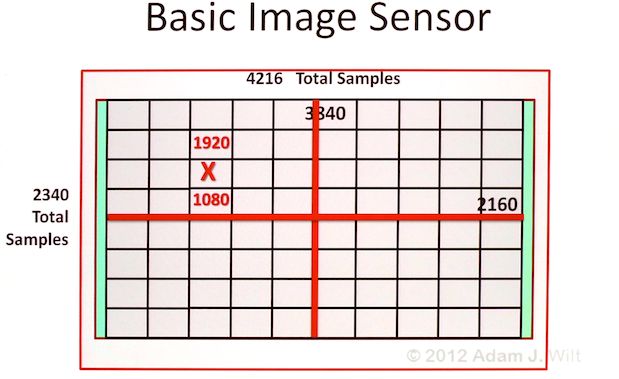 Canon held a press dinner Monday night at NAB, where Larry Thorpe held forth on the Canon C300’s use of a quad-HD sensor (2x HD resolution in both H and V dimensions) and how Canon’s “super green” sampling boosts MTF and suppresses aliasing in the camera’s 1080p images.

Despite a heavy infusion of exceedingly good food and fine wine, I managed to capture many of Mr. Thorpe’s slides, and present the highlights of his argument for your viewing pleasure. 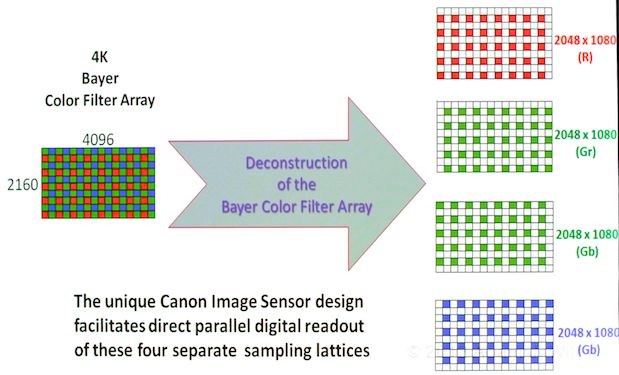 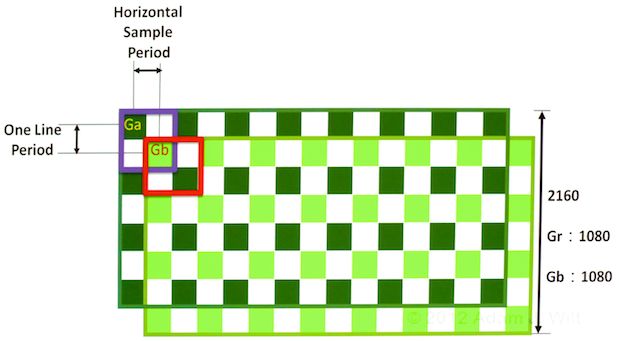 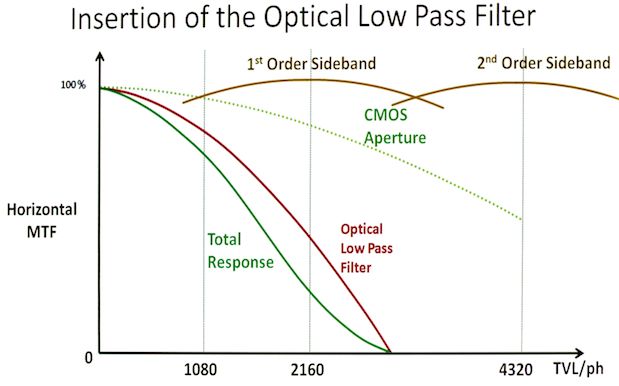 If we look at system response for a single channel, the CMOS sensor itself allows for modulation well beyond the Nyquist limit (for either HD and 4K sampling, mind you; consider that this sensor has viability in 4K cameras like the C500). This out-of-band information shows up as “sidebands” of substantial intensity; from an image perspective, these are aliases: moir©, jaggies, “steppy edges”, and the like. An optical low-pass filter (OLPF) is used to eliminate most of the spurious signal above the usable frequency limits, but there’s still considerable 1st order sideband (alias) signal present. 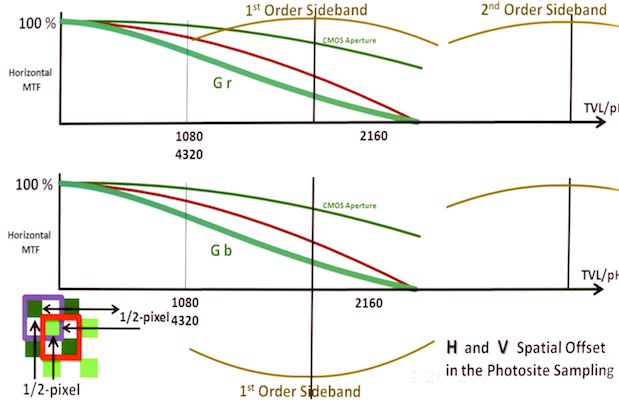 Now, take the two green channels, one precisely 180 degrees out of phase with the other, due to that half-cycle offset in both H and V. Here’s the tricky bit: that out-of-phase-ness causes Gb’s 1st order sideband to be negative where Ga’s is positive, and vice versa: they cancel out. 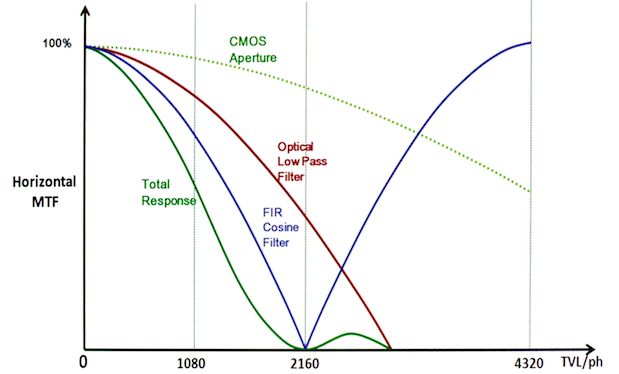 The effect of the phase delay between Gb and Ga is that of a finite-impulse-response cosine filter, with a null at 2160 lines (and at 2160 TVl/ph). Combined with the OLPF, the resulting bandpass has only a slight bit of residual energy past the 2160-line point, while still allowing substantial baseband signal through. By starting with a clean, mostly alias-free quad-HD source, it’s much easier to generate an unaliased 1080p. 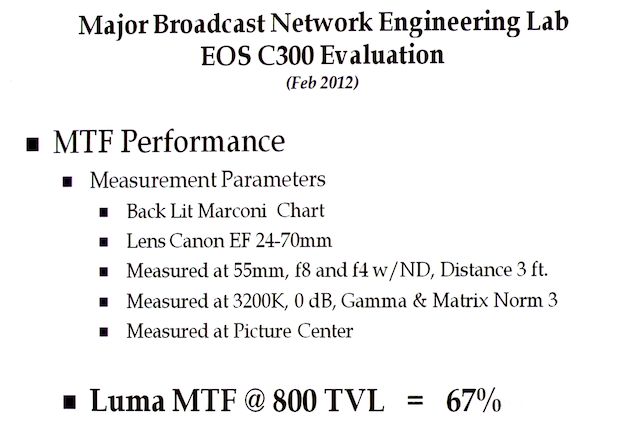 Even Alan Roberts, the BBC’s camera-test chap, who famously (and rightfully, from a technical perspective) rubbished the 5D Mk II in a mere three pages, has good things to say about the C300’s luma response: 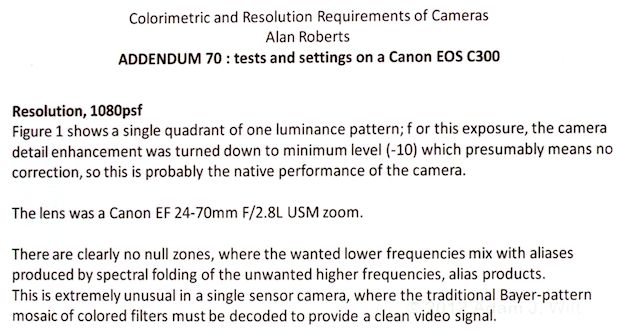 What about the red and blue channels? Without the double-sampled, phase-cancelling dual arrays of the two greens, aren’t they subject to 1st order aliasing? Mr. Thorpe’s talk didn’t address this, and I’ve heard conflicting reports: some say the camera is very clean, while others report color aliasing on fine details. I’m hoping to get a C300 in for review at some point… and then I can add my voice to the confusion!

If you’re interested in more detail, there’s an entire white paper (PDF) on the topic, with the catchy title RGB RESOLUTION CONSIDERATIONS IN A NEW CMOS SENSOR FOR CINE MOTION IMAGING, at Canon’s Digital Learning Center.

Disclosures: I attended NAB on my own dime, with a press pass to save the cost of admission. The National Association of Broadcasters did not provide this press pass in return for a promise (explicit or implied) of favorable coverage.

There is no material connection between me and Canon. Canon did put on a very nice feed for a collection of us pixel-stained wretches, but that has not influenced how I’ve reported this story.

I am the owner of a 5D Mk II and several Canon lenses, which I bought both new and used on the open market, paying the same price as anyone else.