The trends and the products that stood out at NAB 2009. 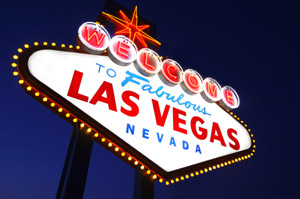 Still and Video Convergence – When you see Canon and others putting still cameras front and center at a largely video show… you get the idea that something is afoot. Still imaging has been slowly building in consumer cameras but more and more Pros are getting exciting about still cameras shooting video. Why?

1) Sensor size – Normally resigned to tiny imaging chips, many filmmakers are excited about the beautiful short depth of field afforded them through large sensor sizes. Coupled with cheap, high- quality lenses – the result are images that we normally only see in the film world. The output is, as many point out, marred by limited camera control and warping due to the rolling shutter…that said, it looks fantastic in many situations.

2) Two for one – For news reporters (especially those charged with B-roll acquisiton) – the idea of a great still camera coupled with even reasonably good video shrinks budging camera bags already stretched to fit “new media”. A surprising number still photographers roamed the halls uncomfortably trying to figure out where they fit into this new food change while others excitedly outfitted their new toys to look more like a classic 16mm film camera than an SLR.

In the end, it is apparent that within a year, maybe two…it will be very hard to buy a new SLR camera that doesn’t shoot video. As still photographers flood into the video market…the “look” of web and tv production is most likely going to take on a much more classic look. Exciting times for many…in the Chinese curse sort of way for some.

3D – If you’ve missed the memo…3D is a big deal and apparently getting bigger by the minute. Whether it’s colored glasses, polarized glasses or no glasses at all…everyone seems to be jumping into the mix. While tried and true methods (color and polarization) are being to mature into something beyond the experimental, many are trying to eliminate the need for any apparatus. Early attempts look more like early LCD screens (like early 90s versions) rather than something really watching. But…5 years from now…some of these may be usable in limited situations.

Viewing is, of course, only half the challenge. Getting two cameras close enough together to achieve the proper separation is also something many are tackling. From Mirrors to matching Red scarlets to custom cameras from Panasonic, many are trying to make 3D acquisition as smooth as standard shooting…though we’re probably still years from that goal.

High Resolution – While resolution has begun to give way to sensor sensitivity in the still camera world, image size still matters in the film world. Red’s 3k, 6k and even 28k sensors are breathing down everyone’s neck as projector companies show more and more 4k options…and above (there was a booth showing 8k projected images which, in reality…hurt my eyes).

We can be fairly clear that SD is all-but-dead at this point…which is too bad since we’ve just finally figured out the proper resolution to use (see Chris Meyer’s excellent notes on this). For TV, we seem to be moving quickly to a 1920×1080 square pixel world (and slowly towards progressive scan). Film is moving towards the larger 4k standard. To be honest, I’m not sure it’s not a case of diminishing returns. 4K is overkill for all but Imax, in my opinion.

Phantom Companies – While many of the excitement followed the companies that came…attention was also drawn by the companies that didn’t. Notably, Apple and Red did not field booths this year but through meetings, partnerships and promotions…they were definitely well represented. This is a testament to good marketing strategy and unconventional approaches these shows.

LED – Whether production is looking to be cooler, greener, or just efficient… the move to LED lighting became more apparent than ever. It wasn’t just new products but also the basic use of LEDs at many goods as simply a matter of course. The prices are still very high per lumen but they are beginning to drop and the ability to control color…and lower infrastructure requirements are tempting.

SD Card Storage – OK, SD isn’t new. What is new is shooting directly to SD cards in prosumer cameras. JVC HM-100 and 700 began to present the question “why are paying premium dollars for proprietary storage when we can get SD cards that are fast enough for 1/8 the price. As adapter cards for SxS cards roll out and JVCs direct attack continue…it looks like we may get to enjoy the efficiencies of mass production, for once.

Products – In no specific order, here’s what caught my eye. Some of this was a function of buzz, some my own production needs and through the trends listed above. Some of these products are covered in video on Macbreak

KiPro – AJA released what many of us have been asking for in one form or another for years – A camera agnostic recording device that records directly to Apple ProRes. It accepts HD-SDI, Analog, and HDMI signals and bundles them into a Final Cut Pro friendly format on a Hard Drive (or SxS). This sorts out issues of compression and long log and transfer in one little device. 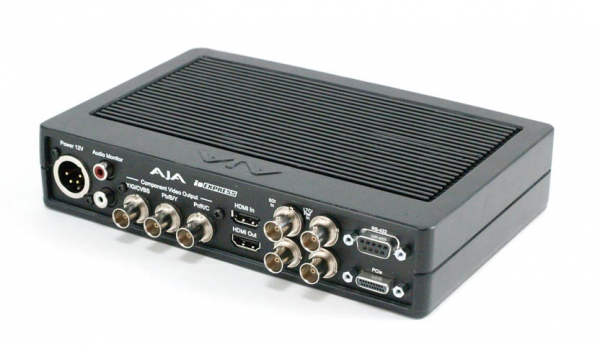 AJA IO Express – AJA also announced the IO Express, which is basically a miniature version of the IO HD. It’s not a replacement for the Swiss Army knife of video that the IO HD provides but it provides the most needed digital inputs-HDMI and HD-SDI and outputs Component for monitoring. For many of us that wanted much of the power of the IO HD without the price or bulk, the Express is a great solution. 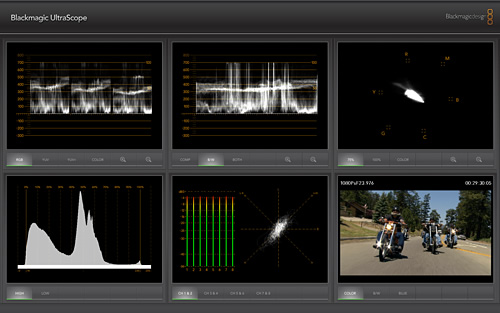 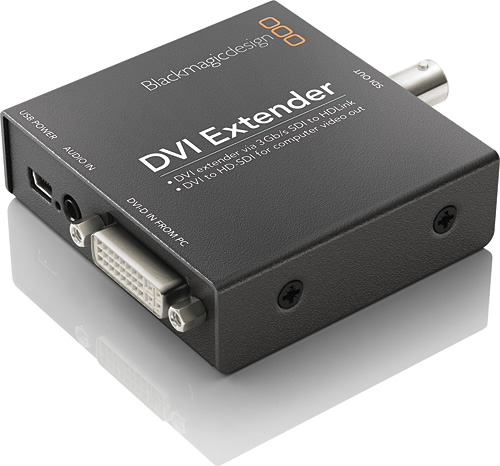 DVI Extender – While many of you may not think a DVI Extender is ground breaking but the DVI Extender does more than just connect far away monitors. To go the distance, it converts DVI to HD-SDI. If you need screen captures (many of us to training and PR that requires this)…this is the least expensive Scan Converter in the business. Screen capturing software is great but, at 24 or 30 fps, it can affect application performance and fill up the host drive quickly. Using another computer simply capturing HD-SDI cleanly is the way to go but scan converters (good ones) often cost $6000 or more. The DVI Extender is $399…enough said. 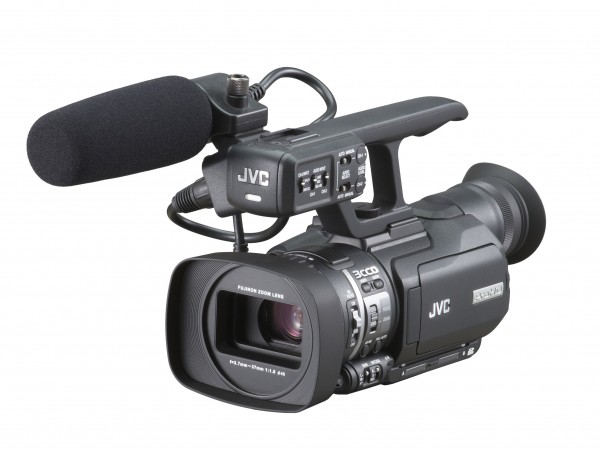 JVC Cameras – JVC is really rocking the camera boat with the HM-100 and HM-700. These two 1/3″ sensor cameras press the envelope in 2 areas. 1) Both capture straight to Quicktime Movies that can be imported directly into Final Cut Pro. For many news gathering organizations, this greatly reduces the time to have a finished video online. 2) Both cameras record these movies to SD cards. Instead of proprietary formats like the SxS or P2, or something antiquated like tape, data is dropped onto off-the-shelf, non-proprietary SD cards you can buy in any electronic store. In addition to massively reducing the cost per gigabyte of storage, it makes it much easier to deal with sorting out storage issues outside of New York and Los Angeles (about the only places you can assume will have stores in which you can walk in and buy cards). As stated earlier, this move to SD may make SxS and P2 untenable for Sony and Panasonic in the long run. 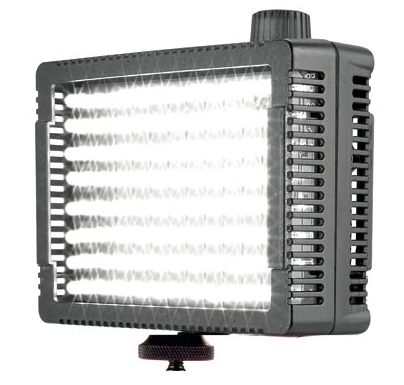 Litepanel MicroPro – First a disclaimer – We own and use _a lot_ of Litepanel products. We’re nearly a 100% LED house. So, anything we see in this area catches my attention. The Micro Pro adds to what I think is the most useful Litepanel – the Micro. Small, light and powerful, the Micro Pro is marginally larger than the Micro and provides a better mobile solution in many cases. It’s also alot cheaper and lighter than the Mini…which seems a little old and bulky by comparison.

Sony EX-3 Bundle – Along with tons of studio cameras, Sony showed off it’s EX-3 with a NIPROS/1 Optical adapter and CCU bundle. This addition really makes the EX-3 a true studio camera and makes it harder than ever to understand why one would buy pretty much any of the Sony Cameras between the EX-3 and the F-23. For ENG shooting, the EX-3 really provides 90% of what you would need at half the cost (at least) of the other cameras. I can see remote camera systems being useful for big stations but the future is really looking more and more to be revolving around the small, cost-effective studios, not Broadcast Affiliates. 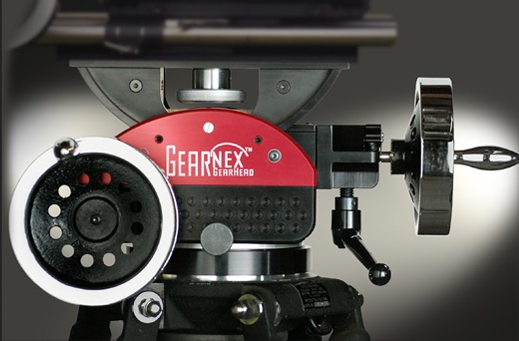 Gearnex Gearhead – Without a booth, CineToys’ Gearnex Gearhead still got the attention it deserves. I only saw it while shooting a video about the AJA KiPro. Both I and the camera man saw it at the same time and there was a unified “Holy Crap!!!”. For the uninitiated, a gear head is to a fluid head what a fluid head is to, well, a ball head. You get a smoother pan and tilt combined with a much more stable solution for long lenses. For this reason, you see these heads on film sets all the time. You don’t see them in smaller productions because they are very expensive (often $20,000 for the head alone). At $5995 ($3995 at the show), the Gearnex is still expensive but inline with something like an O’connor 1030 HD head. For most of us, this isn’t something we need to buy right now…but it means we’ll most likely be able to rent a Gearnex for the same price as a standard tripod ($75 in San Francisco). You do give up some high-end features (I don’t think you can change the gearing as much for faster or slower pan and tilts) but for the price, it’s a great solution. I’m already saving my pennies.

Datavideo SE 3000 – Datavideo announced the SE3000 which allows for up to 16 channels of HD video. This may be overkill for many but if you are excited ready about it (we have studio needs for 8+ channels)…there you go.

Overall, the show really had a great energy. I expected low energy bordering on depression…and was happily surprised by an industry busily readying itself for a decade of change.

So we wrapped our video coverage of NAB 2009 back in April, but there was one remaining segment we...
Just a quick update: I had some HTML comment lines in my NAB 2009 Wrap-up article. They caused Firefox...
At the Red Giant Software booth, Aharon Rabinowitz showed us a unique product called Crowd Control, it allows you...
Red Giant Software showed their new Particular 2 and ToonIt 2 After Effects software at NAB 2009, here’s a...