“The Cosmonaut,” directed by Nicolas Alcala and produced by Carola Rodriguez and Bruno Teixidor, all part of Spain’s Riot Cinema Collective, had long since become a legend, at least in transmedia circles, well before its checkerboard theatrical release in venues around the world this week.

The Cosmonaut Trailer (In all your screens – May 18th 2013) from Riot Cinema on Vimeo.

THE COSMONAUT from Vinegar Hill on Vimeo.

The project, which began as a short film in 2008, exemplefies many of the innovations in our digitally powered and audience-centric media world, including ongoing crowd-funding, online webisodes, consumer-edited mashups, on-demand theatrical distribution, hackathons, simultaneous day-and-date release, and probably a lot of other stuff I have missed in reviewing this creative and business brief you can download from Riot’s main website. (And of course, all of the characters have Twitter accounts. Let's not get into continuity issues right now.)

If there’s no in-person screening, not to worry – you can watch it for free online starting May 19th. The website is also where you can join the “K-program” for a onetime fee of 5€ that gives you 32 webisodes, a mockumentary, behind-the-scenes videos, a newsletter, a book, and 56 “Eastern eggs” (Lost, perhaps, in translation?) This stuff is intended, as one of the webisode links says, to “fill the empty spaces left out of the film.” Some clips are also available on the site for free.

None of this I really knew when the lights dimmed in the theatre and I entered the world of the story. “The Cosmonaut” focuses upon two young men who join the Soviet Union’s space training program in 1967. While preparing for missions in the heated space race with the United States, Stas and Andrei both fall for a fetching female technician named Yulia. Andrei gets promoted to the mission team and sends Stas to the moon – maybe so he can win Yulia, maybe for some other mysterious reason. 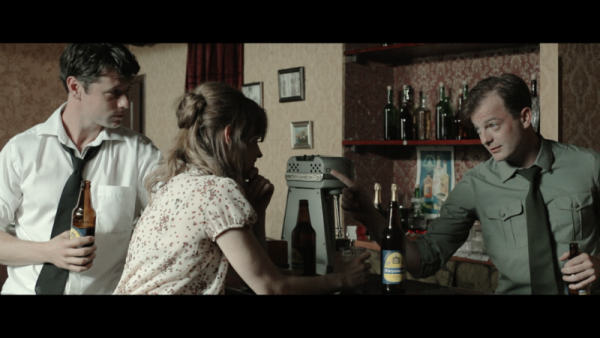 The film is jammed with loose threads and snippets of mystery: Did Stas make it to the moon? Did he come back? Was there a disaster on Earth? The film is steeped in evocative nostalgia and melancholic yearning as it makes its way through a jagged, non-linear telling of a series of events, both personal and world-historical.  I particularly liked the set-up scene in which an Italian space enthusiast tells of his discovery of a “lost” manned space mission that the Soviets never publicly admitted had happened.

Stylistically, many of the scenes felt like Terence Malick, offering a kind of diaphanous, non-linear sensuality and very tactile verisimilitude. These guys put all of their crowd-sourced bucks on the screen (except for a few unfortunate space-modeling sequences that looked more like Jules Verne than George Lucas). The pacing and subject matter recalls Kubrick's “2001.”The filmmakers list such iconic filmmakers as Andrei Tarkovsky and Robert Bresson, among others.

That would be a bit of a stretch, as is the film itself, which runs about 80 minutes (not counting a truly interminable credit roll that features all 8000 funders, I kid you not). This would have been a dynamite short film, had the filmmakers had the discipline to delete a lot of the repetitive sentimentalized shots of the three lovers wandering through lakeside grasses and other outtakes of Summer’s Eve commercials. 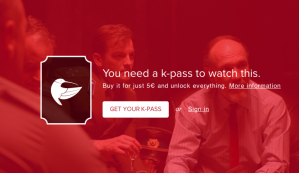 Nonetheless, this film comes closer than most ‘transmedia projects’ at arousing genuine emotion. While I didn’t believe for a minute that this attractive threesome with tut-tut British accents were in fact Soviet space monkeys, I did want to know what happened, I wanted to know more about them, the story, and their world. Beyond this intentionally opaque film, I’ll be able to explore some of those questions, not only in the various webisodes, but other forms included different edited versions from the filmmakers themselves, and new versions of the film that the Riot Collective will enable fans to create themselves by releasing assets for all to use under Creative Commons license.

The film also reflects something of a Cold War nostalgia wave, as well as a renewal of interest in space as a subject in movies and elsewhere in the culture. To wit: Check out the forthcoming Alfonso Cuoron feature “Gravity”; or this clip from 2011's Another Earth in which Britt Marling's character tells a Cosmonaut story; or the recently concluded period spy drama The Americans; or even this engaging video cover of Bowie's 'Space Oddity' by Astronaut Chris Hadfield shot in the International Space Station. (Plus Star Trek, and much more. We love our space operas, it seems).

I’ve often said, I’m waiting for transmedia to make me cry – my way of saying, I want the story and the characters to move into my heart. “The Cosmonaut” in its linear form came close. Let’s see if the other story elements push me over the edge.