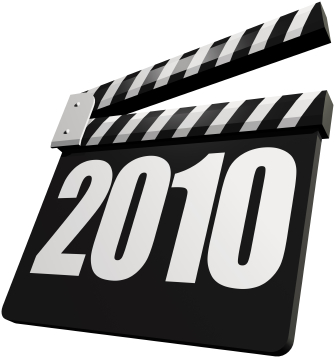 With 2010 now firmly established on my calendar and (kinda) in my mind it’s time to turn my attention to the venerable concept of New Year’s Resolutions. As one who makes resolutions annually and actually gives it a valiant effort to keep them all some of them, I wanted to outline a few professional resolutions that I have made to add to my personal ones. And since resolutions are really just goals I’ve always found my goals much more attainable when I write them down. So what better place to write them down than here on the Editblog. I hope someone holds me to them.

Learn more about Adobe After Effects.

My AE skills are a step or two above hack at best. I usually find myself doing motion-graphic type things in Apple Motion due to its Final Cut Pro integration and general ease/speed of use but I am well aware of its limitations when compared to After Effects. I strongly feel that post-production artists who have good AE skills will have (do have) a leg-up on their collegues who do not. I want to know it better. And while there’s many, many educational books and DVDs about After Effects there’s also tons of free resources on the Internet so there’s really no excuse not to learn more.

Work more on color grading as an artistic/aesthetic choice and don’t concentrate so much on the software.

All too often we get caught up in learning how to push certain buttons and click certain switches in a software interface that we lose sight of what the software is helping us accomplish. There’s always a lot of discussion about Apple Color since it’s available as part of the Final Cut Studio but you can begin to work on the idea of color correction/grading using FCP’s built-in Color Corrector 3-way. It’s not that the built-in 3-way is that limited as you can do some decent adjustments with it but its limitations become very evident once you try better color grading options. If Color is too intimidating then try Magic Bullet Colorista as it’s a similar interface to FCP’s 3-way but much more powerful. If you’re using Avid Media Composer then its color correction mode is ready and waiting.

I resolve to have more focus in 2010 when it comes to finishing books, not just skimming around and cherry picking certain chapters. As I looked back on 2009 I realized that I didn’t read/complete a single book in its entirety. That is a fact I am not proud of. I subscribe to a gaggle of magazines as the format is one of my favorites for absorbing information, be it news, entertainment or educational but I get a great sense of satisfaction when I complete a good book. I’m not terribly excited by an Apple tablet or even an Amazon Kindle/Barnes and Noble Nook as after a day of staring at a screen while working I don’t want to stare at a screen while reading. And while you can lay in bed with a Kindle or a tablet it still has to be plugged in and doesn’t have the feel and or sound of a book or magazine. That’s something I enjoy. I’m not saying I won’t get an Apple tablet as there are some tremendous opportunities for unique content delivery but I don’t see it replacing true books and magazines in my life.

And what books? As a fan of non-fiction I have both Outliers: The Story of Success

by Malcolm Gladwell and SuperFreakonomics

(Levitt, Dubner) on the list. I’ve read other books by these authors and they are easy, fun reads where I feel like I learn something.

There’s several books within our profession that I have and/or have started. The Lean Forward Moment

by Norman Hollyn is at the top of my list. And as a supplement to the color grading resolution I’m going to dig back into Steve Hullfish’s The Art and Technique of Digital Color Correction

. I know there’s more information in there that I haven’t absorbed yet. I also have The Complete Guide to Digital Color Correction

. It’s more of a photography book about getting accurate and predictable color but it’s principles can be applied to the moving image as well. And then there’s Brain Peterson’s Understanding Exposure

waiting to be read.

Full disclosure, the above links are all Amazon affiliate links.

Enjoy my Canon 7D for what it is.

With all of the hubbub over video capable DSLRs I’m tempted to spec out my camera with lots of video shooting accessories and turn it into more of a video camera than a still camera. While I will make it into a nice video shooting unit (that is part of the reason I bought the thing) I am going to remember that it’s first and foremost a great still camera and I sold my Canon Rebel XTi to move up in the still camera line to a more professional, more capable stills unit. While my HV20 and 35mm lens adapter served me very will it will be nice to have great stills and video all in one unit. But that unit is a still camera and that’s one of the main reasons I bought it. I would not have bought a Canon 7D Video Camera so I resolve not to get caught up in the video DSLR hoopla and ignore the still capabilities of the camera. That’s what I’ve been doing for the first couple of months I had the camera in 2009. Time to get back to the stills in 2010. The Introduction to the Canon 7D Volume 1 : Basic Controls

DVDs that my wife got me for Christmas should help with the enjoyment of the 7D as well.