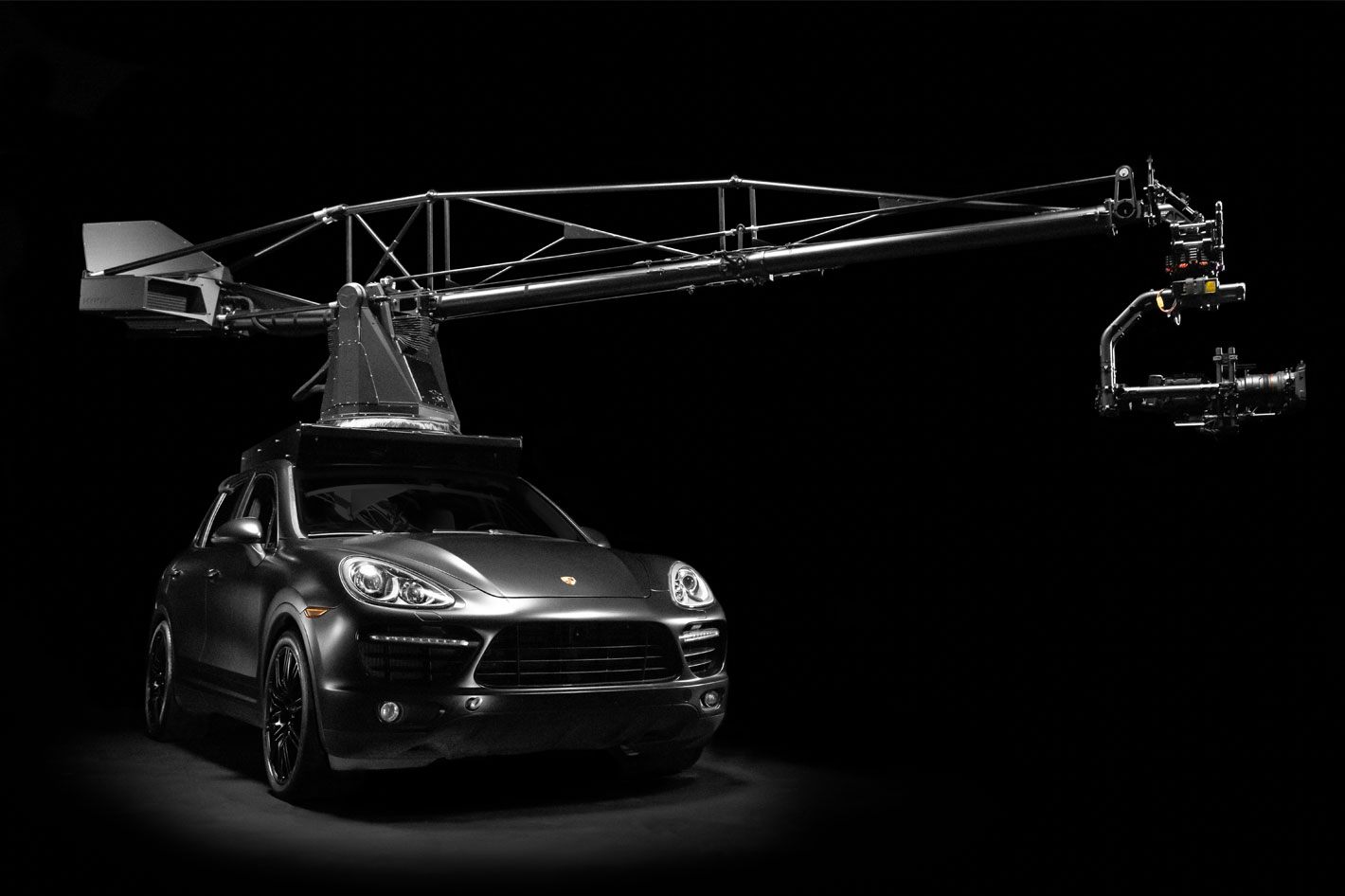 A full-size remote arm for the largest camera packages in the world, HYPER, and the fastest, most portable, and most accessible universal remote arm ever, RADICAL, are MotoCrane’s newest products.

Since launching in 2017, MotoCrane equipment has gained rapid adoption by specialty camera movement teams for automotive brands like Toyota, Hyundai, Hoonigan, Ford, Tesla, BMW, Mercedes, Lexus and many more. The team of engineers & filmmakers that manufacture those innovative camera car systems for the global film and TV production industry start July with what can only be called a nice pair of products: the MotoCrane HYPER and MotoCrane RADICAL.

MotoCrane HYPER is a new remote arm designed for carrying the largest camera packages in the world at blistering speeds. HYPER features large-scale design for optimal structural stiffness when carrying rated payloads up to 120lbs/55kg. For customers who want to maximize the capabilities of their modified tracking vehicle, MotoCrane HYPER offers a standard reach of 14ft, and is configurable up to 20ft, says the company.

With over 4000ft-lbs of peak torque on the Swing axis, HYPER easily flicks 120lbs/55kg camera packages around the vehicle 360° in less than 5.5 seconds, and is rated for top vehicle speeds over 100mph. INS 2 Advanced Stabilization provides arm stabilization on the Lift Axis for HYPER, keeping the lens height stable on uneven terrain. 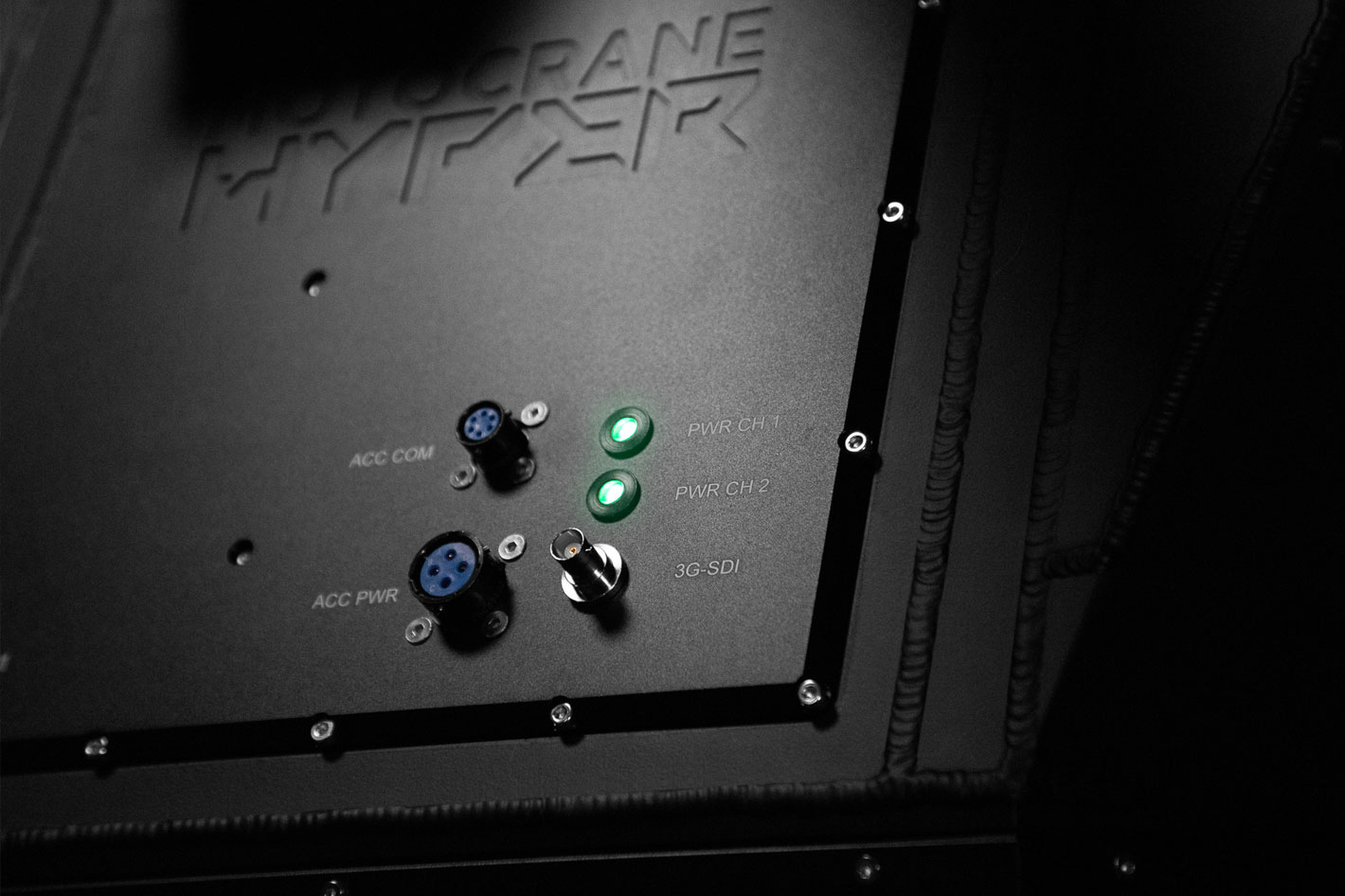 How HYPER was created

Dual, on-board 48V power banks provide redundant power storage, and allow HYPER to operate continuously without battery changes by charging one bank from the 12v cigarette lighter of the vehicle while the other powers the arm. The POWERLINK is a low-profile module that mounts within the vehicle and serves as a hub for power, data, and video integration. These signals are passed up through HYPER via an integrated 3G-SDI slip ring. This ensures no cables get tangled during arm swings.

“We remained in close discussion with a small group of customers to create the concept for HYPER. Seeing them grow their specialty camera companies with existing MotoCrane products, it was clear that a flagship system was needed.” said Zachary Nelson, CEO of MotoCrane. “HYPER competes at the highest level of russian arm specifications, and outperforms several comparable systems. It is a symbol of modern engineering excellence, and benefits from the latest in motor and driveline technology. This system knows who it’s for, and those customers will enjoy new ground-breaking power with HYPER. 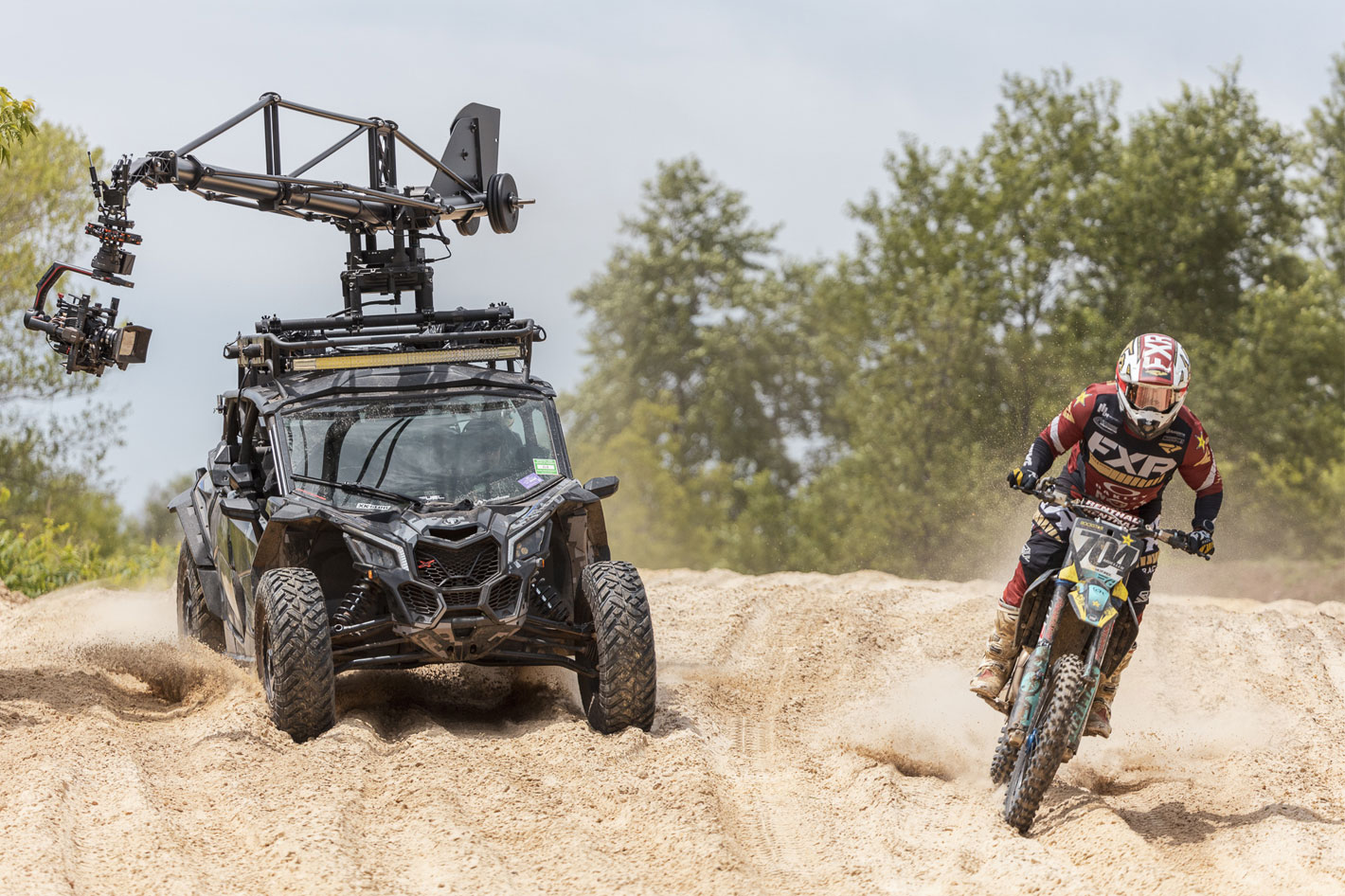 RADICAL turns any car into a filmmaking tool

The second product announced by MotoCrane is RADICAL, a new generation of universal remote arm designed to create levels of dynamic camera movement for filmmakers and cinematographers. This is a “universal” remote arm, says the company, because “the system is designed to turn any car, SUV, truck, UTV or boat into a powerful filmmaking tool. The system features lightweight, modular construction for travelling anywhere in the world as checked baggage.”

With 12 feet of reach, and available 45lbs/20kg payload capacity, RADICAL is optimized for compact cinema packages like those found on the DJI Ronin 2, MoVI Pro, Shotover G1, etc. Featuring newly developed powertrains for the Swing and Lift axes, RADICAL has enough torque to swing camera packages 360° in less than 6 seconds at vehicle speeds over 90mph/145kmh. For off-road applications, available INS 2 Advanced Stabilization adds active gyro stabilization to the arm for maintaining lens height on rough terrain. 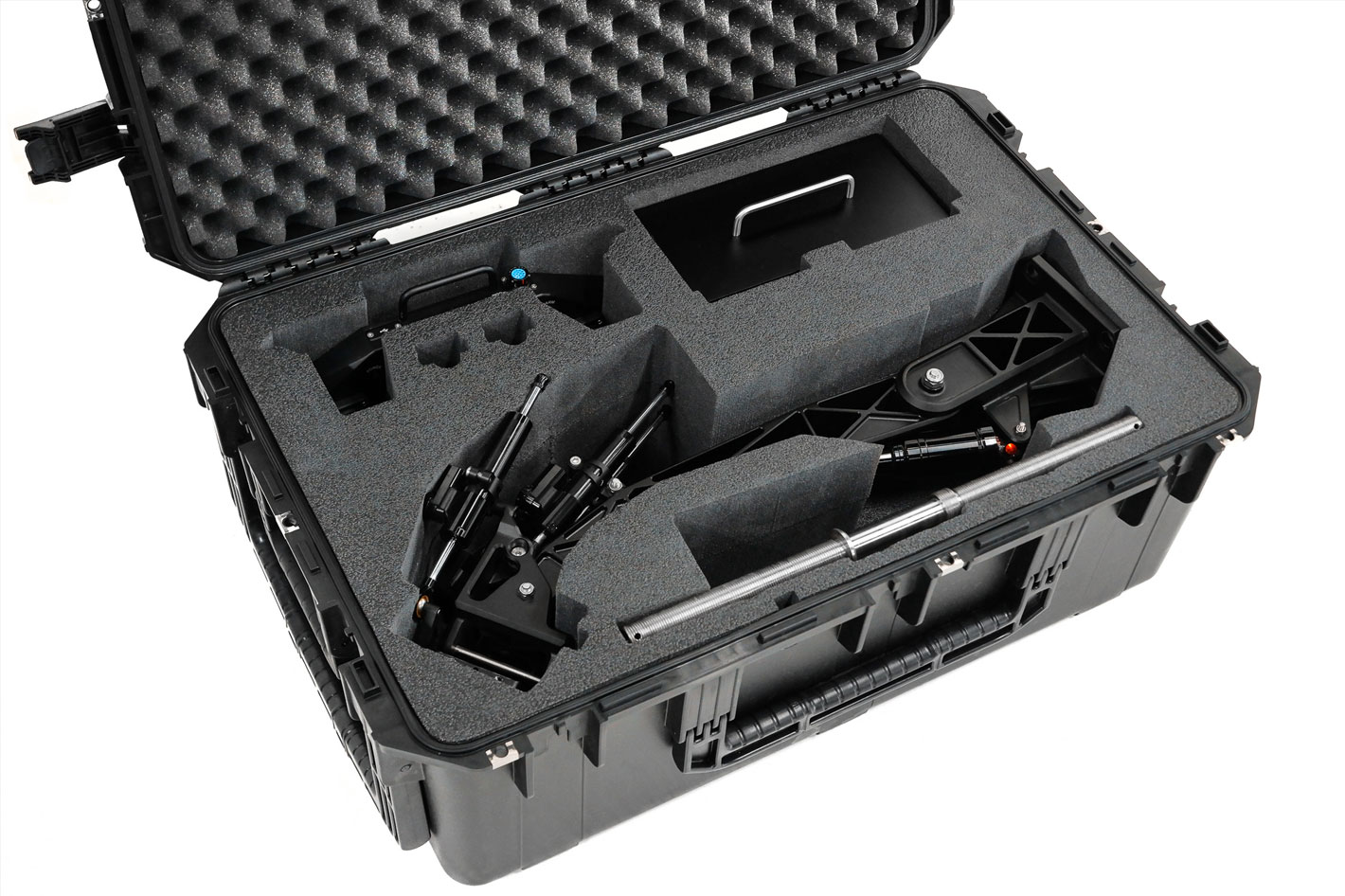 “Our company was founded on a mission to democratize this exclusive and exciting form of camera movement. Since launching in 2017, we’ve made the “russian arm” camera car accessible to hundreds of film & TV production companies around the world, who shoot for the largest automotive companies,” said Zachary Nelson, CEO of MotoCrane. “MotoCrane RADICAL is not only a world-class performer, but it’s also the most accessible remote arm in the world. It’s one thing to create high-performance technology, but it’s another thing entirely to make it widely available like we have.”

RADICAL is also the first remote arm in the world to pack into a Flight Case set with each case weighing less than 70lbs fully loaded for compliance with international limitations for checked media baggage. This makes it possible for teams to fly to their location and transform a rental vehicle into a full-featured arm car on site.

For controlling the arm, two new COMMAND Consoles have been developed – LITE and PRO. COMMAND Console LITE is a compact, single joystick unit that’s been optimized for size and weight with a 5.0” touchscreen display. LITE is the standard controller included with RADICAL, while the PRO version is an available upgrade featuring dual-sticks and a larger 7.0” touchscreen display. Both versions feature the same robust user interface for configuring the arm, setting range of motion limits, and monitoring all system information like arm position, battery levels, motor temperature, etc. For larger payloads exceeding the standard 35lbs payload capacity of RADICAL, the HEAVYLIFT Upgrade Kit increases payload capacity to 45lbs by structurally reinforcing the lateral stiffness of the arm.

MotoCrane RADICAL is, like the MotoCrane HYPER, scheduled to start shipping in September, 2021 and pre-orders are now available.