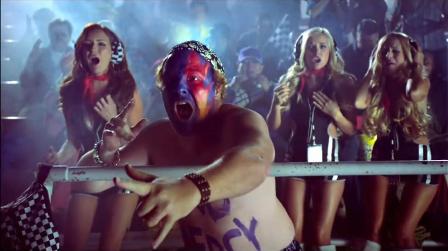 MINI, the premium car brand, is set to do battle with a five-ton monster truck in its latest advertising campaign. A new short film will give audiences their first experience of slow-motion 3D imagery, enabling viewers to experience every aspect of the blockbuster. In a world-first use of 3D slow-motion technology, the two-minute film, entitled MINI vs. MONSTER, is being called a visual feast designed to wow 3D-hungry audiences and leave MINI fans on the edge of their seats.

Set at night in a floodlit stadium in Las Vegas, a crowd of monster truck fans are silenced when the 1,800-horsepower truck takes to the air. In 3D slow motion, the truck’s tires skim close to the roofs of the four-strong line-up of: MINI Cooper Convertible, MINI Cooper Clubman, MINI Cooper S, and MINI Cooper S Countryman. As the truck hurtles through the air and the crowd cheers, it is not clear whether the four-wheel cannonball will complete its trajectory. 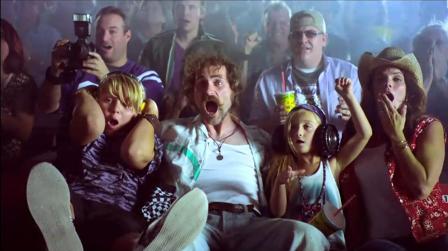 The film was created by advertising agency BSUR. “This new 3D technology makes you really feel like you are in the crowd and are part of the jump,” says Jason Schragger, executive creative director. “You experience every detail, it’s better than being in the stands. 3D is the future of a new wave of immersive advertising which puts viewers at the heart of the action, which this film certainly does.”

The nail-biting epic required a crew of 120 people, including one stunt driver, six 3D technologists, and scientists who calculated the truck’s chances, before filming with a state-of-the-art 3D rig. 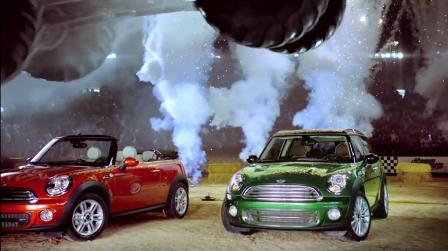 Behind the wheel was veteran stunt man Russell Steeley, a monster truck driver who nearly ended his career as soon as it started. The first time Steely jumped, he thought he broke his back. “I landed so hard, it knocked the wind out of me,” he says. “I sat after that to let my back heal.”

The film opened 14 January 2011. In addition to 3D cinema screens, MINI vs. MONSTER is broadcasting in 2D on TV screens and at http://www.youtube.com/MINI.