A tight budget and tight spaces ask for intelligent solutions: when Key Grip Ernesto Perez signed on to work with cinematographer Ben Kufrin for the feature The Bounce Back, he brought the Max tools with him. 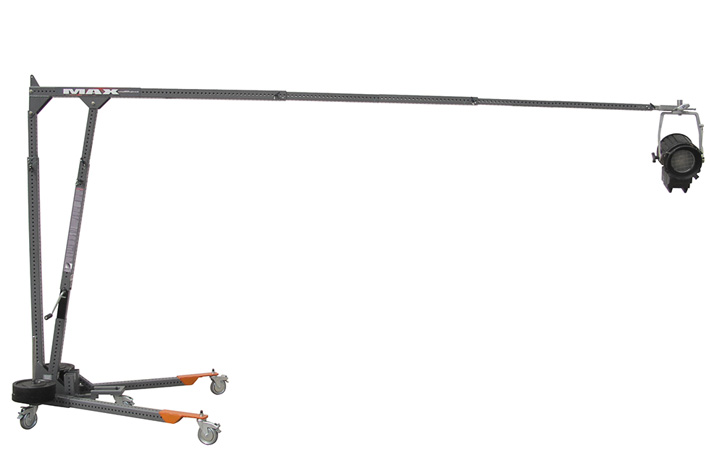 Placing a backlight where no other stand would reach, and then being able to move everything quickly again, were key aspects of the production that Ernesto Perez knew only the MAX and sister Mini MAX could accomplish.

The Academy Award winning MAX and the smaller Mini MAX are some of the tools from MSE that Key Grip Ernesto Perez has known well for quite some time. In fact, Perez has been using MSE gear for over 20 years and he owns everything from booms to C-stands and plates as well as loose gear. But MAX and MINI MAX have constantly been his go-to support in many different situations.

So, when asked to work with with cinematographer Ben Kufrin for the feature The Bounce Back starring Shemar Moore, and being aware that they would be on a tight budget and would have to move quickly through multiple locations each day, Perez introduced Kufrin to the MAX solution, knowing that they could move fast – and get great production value.

When he’s shooting interior scenes in tight quarters (so many of the locations for The Bounce Back), he tucks MINI MAX in a corner and extends the arm out far enough to put a backlight where no other stand would be able to reach. “It’s a great tool – and light to move,” he says. “Every rental house that doesn’t carry this tool shouldn’t call themselves a rental house!”

When Kufrin wanted to do a wide shot of a car pulling up, Perez simply took a 20×20 frame with grid cloth and placed the first frame/ear into a Mombo Combo and grabbed the other ear on the opposite side of the frame using MAX, which was 14 feet away. Then he took both the Mombo and MAX and raised them both up about 12 feet in the air – and attached a baby grid clamp – adding one more Mombo to the pipe, where it wouldn’t be seen by the camera. It was quick – safe and worked on the fly.

At another point Perez put a 6K over a 14-foot wall from a neighboring business yard – with MAX’s arm – putting light in the yard in a place where only a crane would have worked. “We all know the cost – financial and time – that would have been,” he comments. 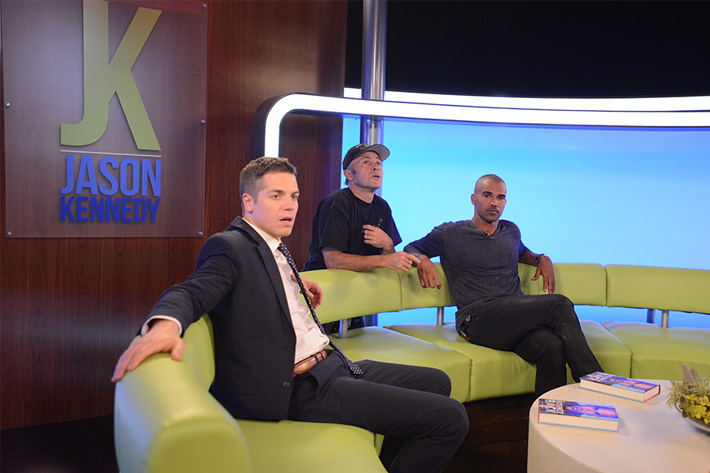 That’s because MAX is just so versatile. It can be positioned flush against a wall, into or around a corner. Work horizontally, eliminating the need for scaffolding and more. It will support lighting fixtures up to 175 pounds, allowing the user to place almost any light almost anywhere on set – back light, over set walls and in places where lifts are restricted such as roof tops, balconies etc. The eight-foot extension makes MAX even more versatile. MAX can be counterbalanced with either shot or sand bags and by using standard weight plates MAX can be moved around easily on flat, level surfaces.

Over the past few years Matthews has shipped the MAX MENACE ARM to clients all over the world, and the company has received “excellent reviews from Gaffers, Directors of Photography, Key Grips, rental houses, production companies and motion picture and television studios. Matthews Studio Equipment, along with MAX’s creator Hollywood Key Grip Mr. Richard Mall, submitted MAX to the Motion Picture Academy of Arts and Sciences for consideration to be recognized for its highly regarded Technical Achievement Award (OSCAR) and MAX won…a very proud moment in Matthews’ history of providing Technology that Complements your Imagination.”

“I keep telling people – check out MAX at Cinelease or Matthews – it can accomplish so much,” adds Perez. “Of course, you also need a crack crew like mine – Best Boy Rafael (Chile) Pedegrina, Fernando Frousto, Aaron Smith, Baby Jesus, and Steve Orosco. They are always helping me think of even more creative ways to use MAX, MINI MAX and other MSE gear we bring on each shoot.” 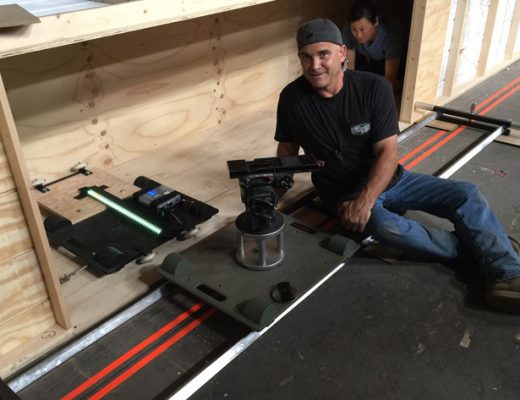 Three Dutti Dollies are always around during the production of the CBS series Seal Team, used for multiple situations...