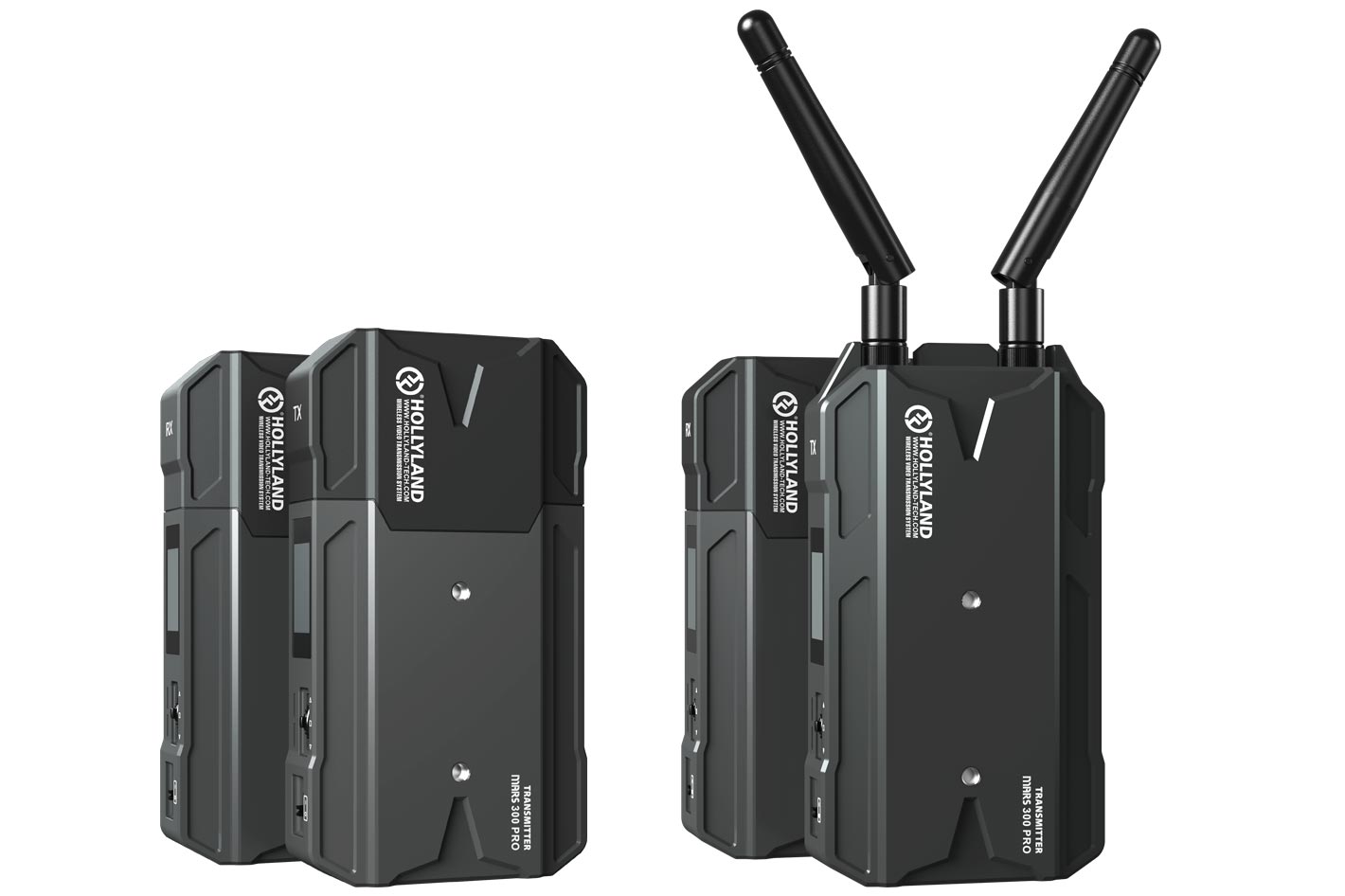 Hollyland Technology announces the new MARS 300 Pro, an update of the original MARS 300 wireless transmitter, with lower latency, a 3-in-1 thumbwheel switch menu and a side OLED screen.

The original Hollyland MARS 300 Dual HDMI Wireless Video Transmitter and Receiver System made the word “accessible” more meaningful. Priced at $449 at launch, the MARS 300 allows users to transmit video footage up to 1080p60 with no wires required. The transmitter provides a single HDMI input plus an HDMI loop-out for viewing on an on-board monitor and the receiver provides two HDMI outputs. Features include line-of-sight transmission up to 300′, a built-in L-series battery plate on each unit, and durable metal housings.

Easy on price and easy to carry the transmitter and receiver each measure a petite 4 x 2.4″ and are constructed with durable metal housings and a 1/4″-20 mounting thread. Both accept a wide 6-16 VDC input range and can be powered using an L-series type battery or the single included DC adapter. The Mars 300 set comes with five antennas (including one spare), a cold shoe, and a 1/4″-20 adapter. 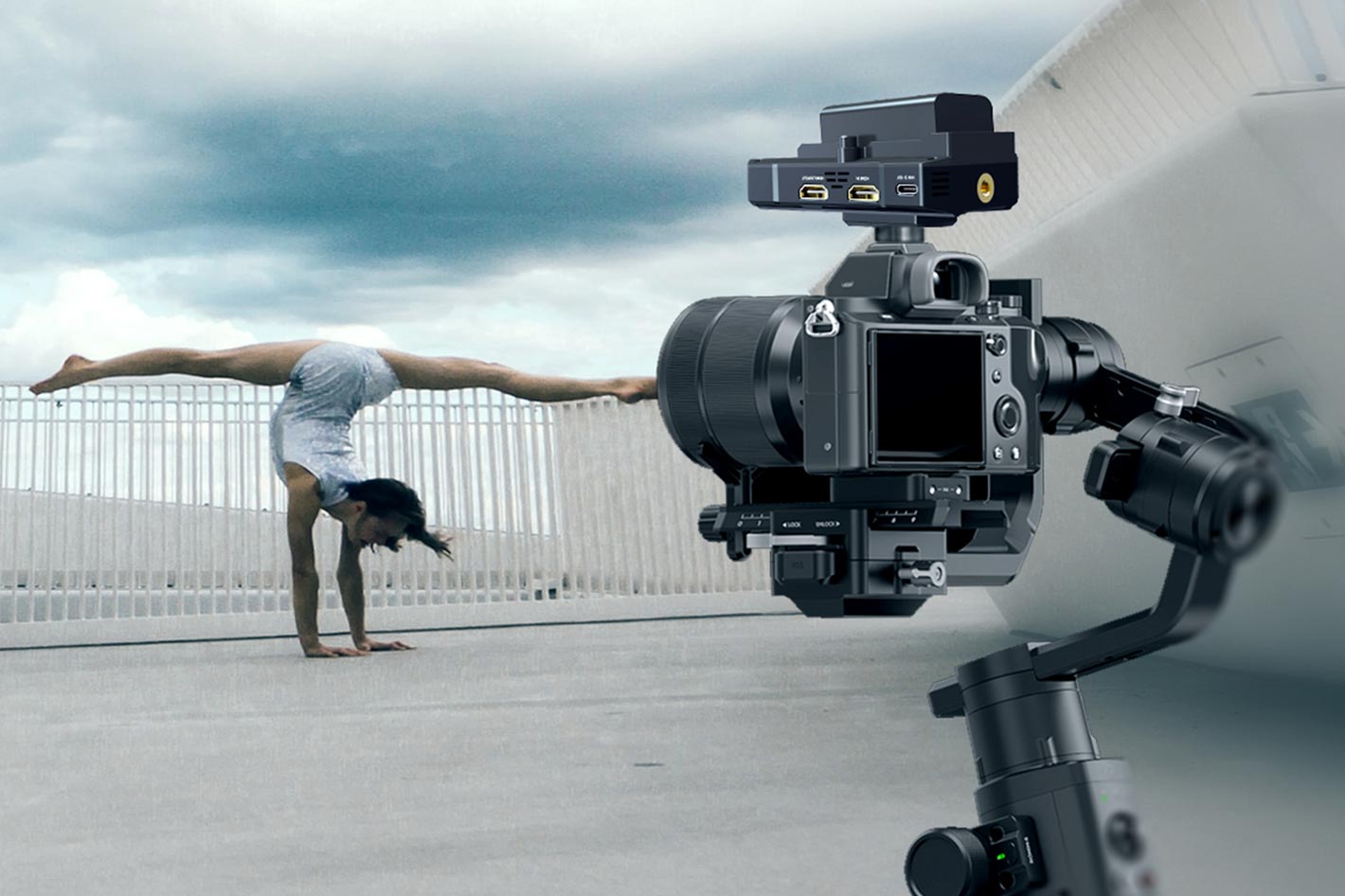 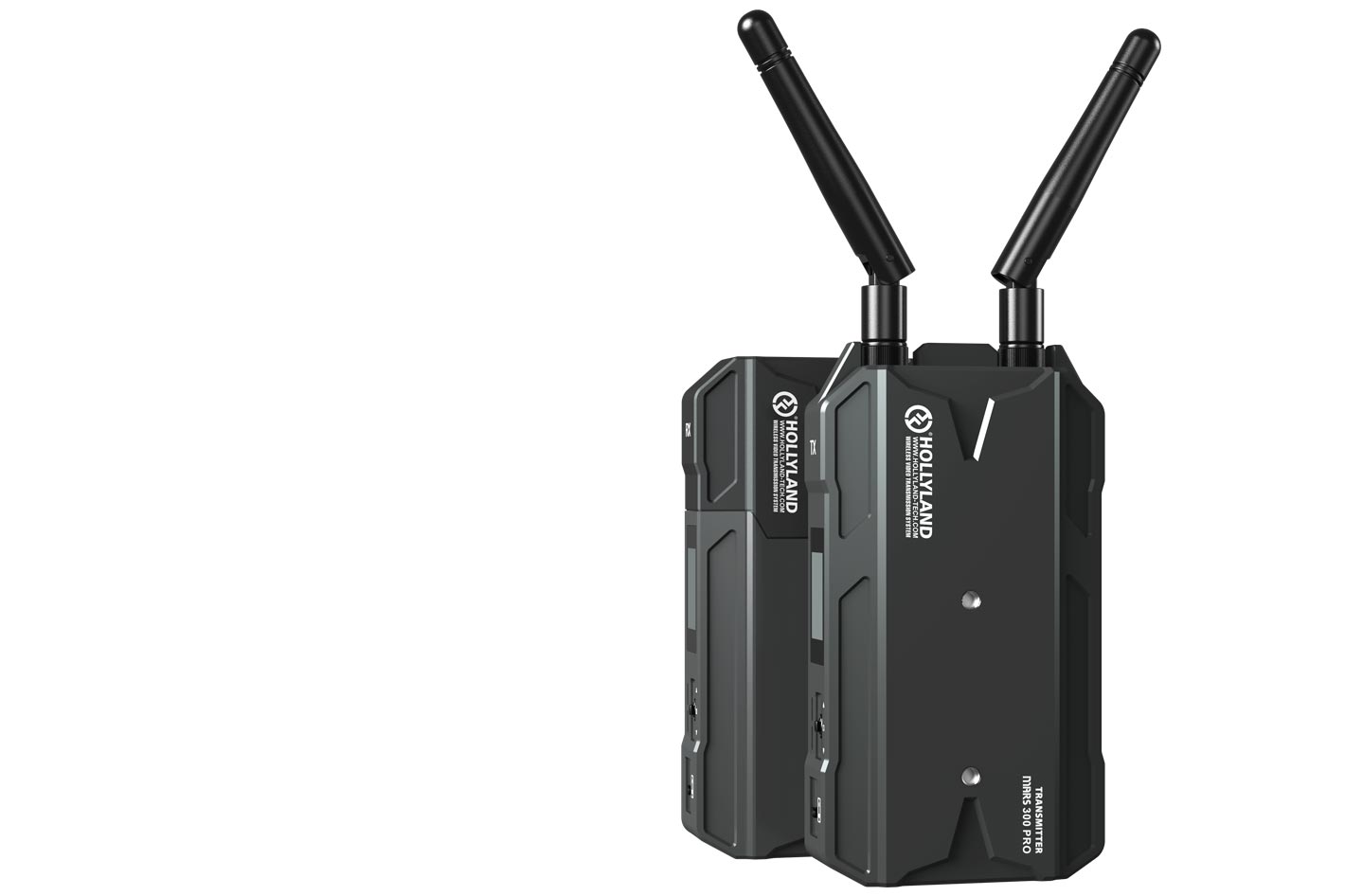 The MARS 300 Pro is the logical next step after the original MARS 300. This updated product has some differences that justify the Pro adde to the name. It has a latency of 0.08s against 0.1s, has an OLED side screen, channel scan, app monitoring and three versions – standard, enhanced and single transmitter – besides some other changes, as a weight of 128.5g against 186g of the original. 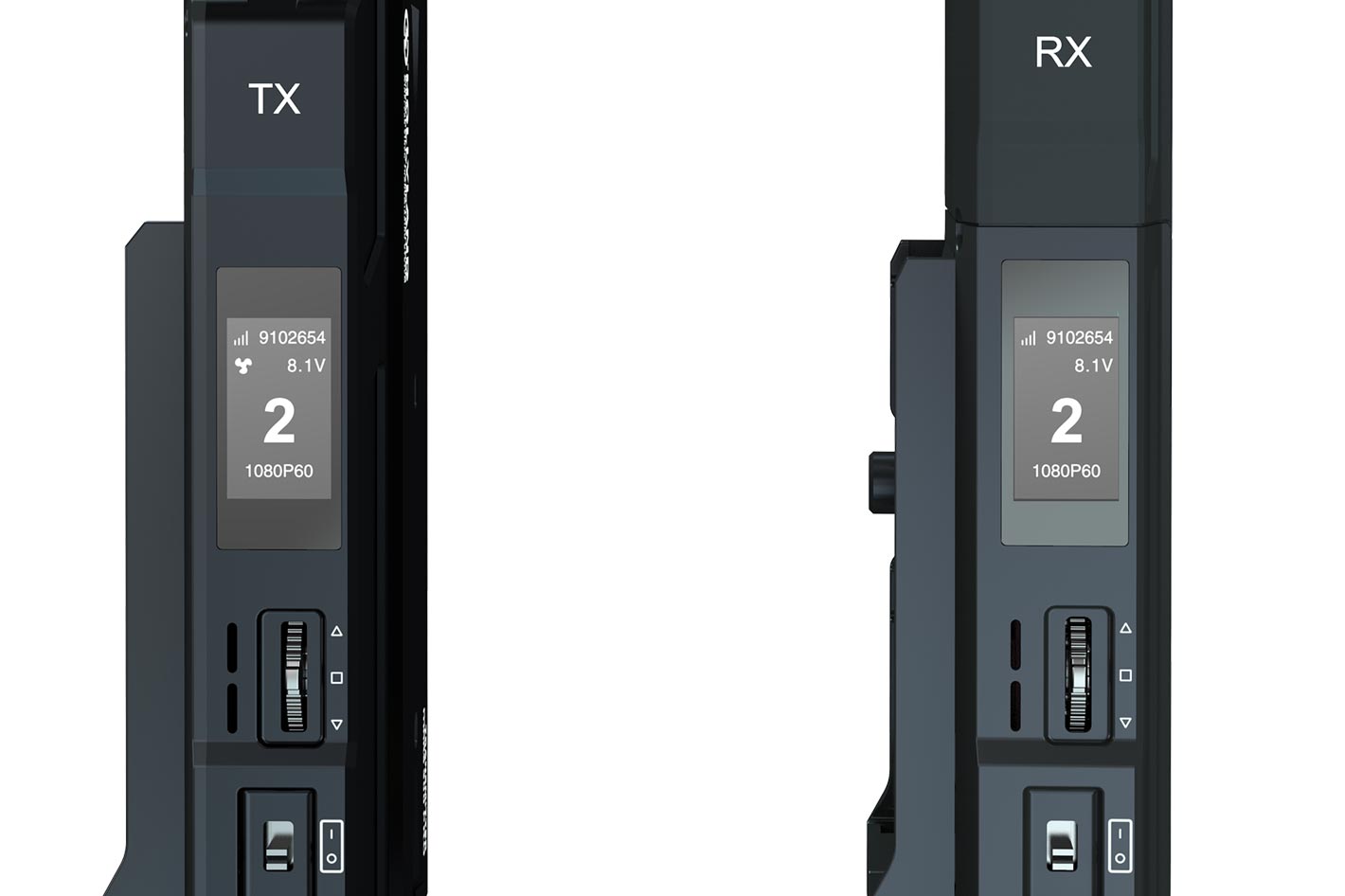 The MARS 300 Pro repeats the formula present in the MARS 300: there are two HDMI outputs on the receiver while the transmitter comes with an HDMI input and an HDMI loopout that is essential for people who like to build cinematic rigs with mirrorless or other small-budget cameras and need an on-camera external monitor.

The company says that one of the most stand-out features is the mobile App real-time monitoring. Thanks to it, “when the receiver is connected to an external monitor on a regular setup, two more mobile devices can be connected to the transmitter via their HollyView monitoring App that people can find in Google Play and iOS App Store. The transmitter can also be used alone, which would allow the system to connect up to three mobile devices monitoring.”

The App itself, Hollyland Technology told ProVideo Coalition, supports pro monitor features, such as waveform, focus peaking, zebra, zoom, 3D LUTs, screen recording, and screenshots that people can make simple notes and share them with others, etc. The Android version of the app was updated June 2020. 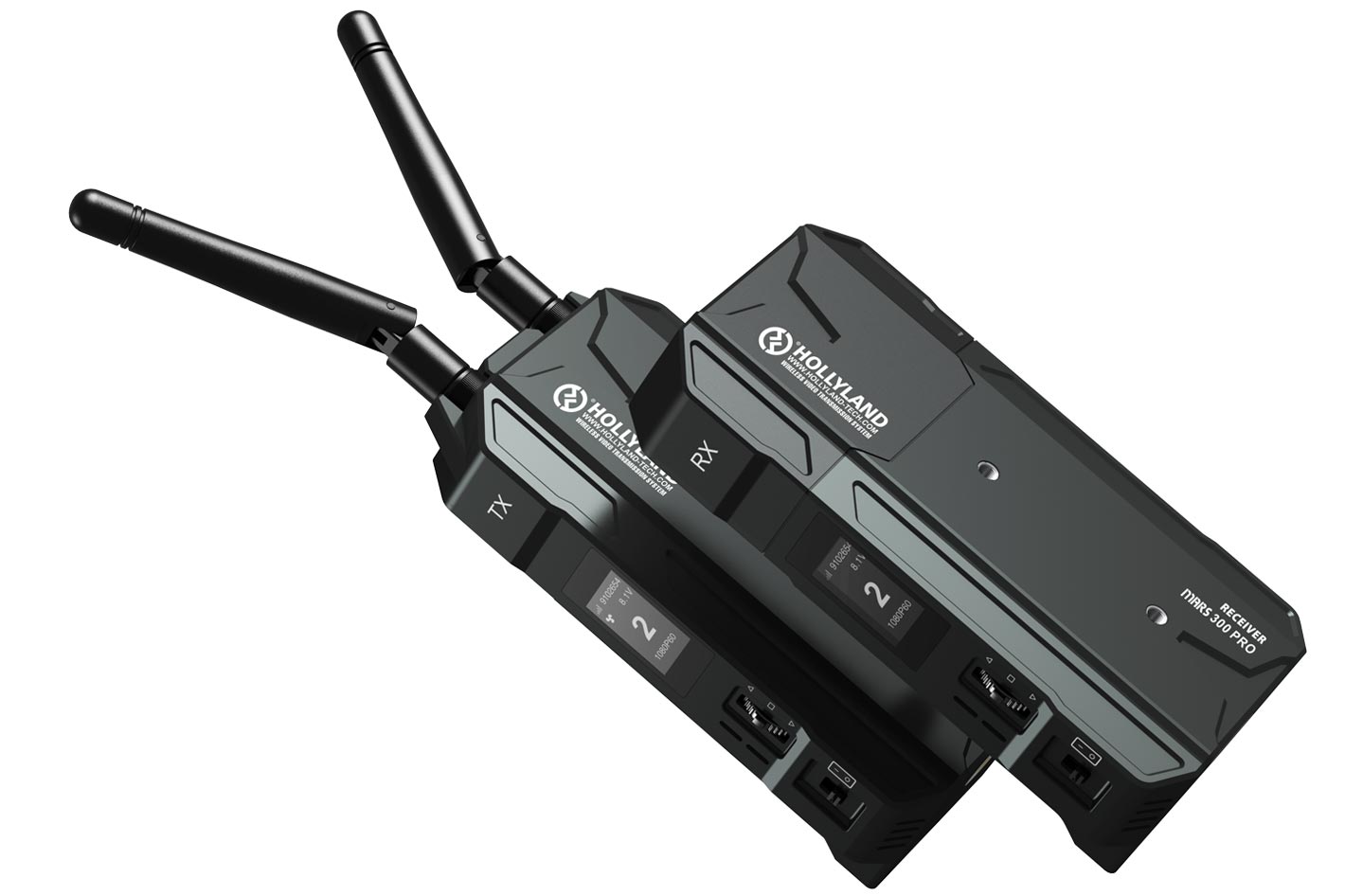 All the new things in MARS 300 Pro

A 3-in-1 thumbwheel switch menu is added to MARS 300 Pro together with a side OLED screen with easy access to the device’s power status, channel scan result, video input, channel number, etc., so, says Hollyland, “people don’t have to worry about having their screen blocked when they mount their systems horizontally on the camera.”

The downside of having a built-in fan is the fan noise. Again, Hollyland found a solution: the ability to adjust the fan speed in order to have the fan noise under control. Regular speed to keep the fan running at its own pace, or low speed for quiet mode when one sets a microphone next to the transmitter.

MARS 300 Pro also comes with channel scan on both the receiver and the App, so people can easily identify the best channel to use on a shooting location ahead of time, or anytime. The firmware for both devices can be easily updated. In terms of powering options the MARS 300 Pro, the devices support 5-12V wide voltage power supply, including various L-series batteries, different power banks, and Type-C charging. 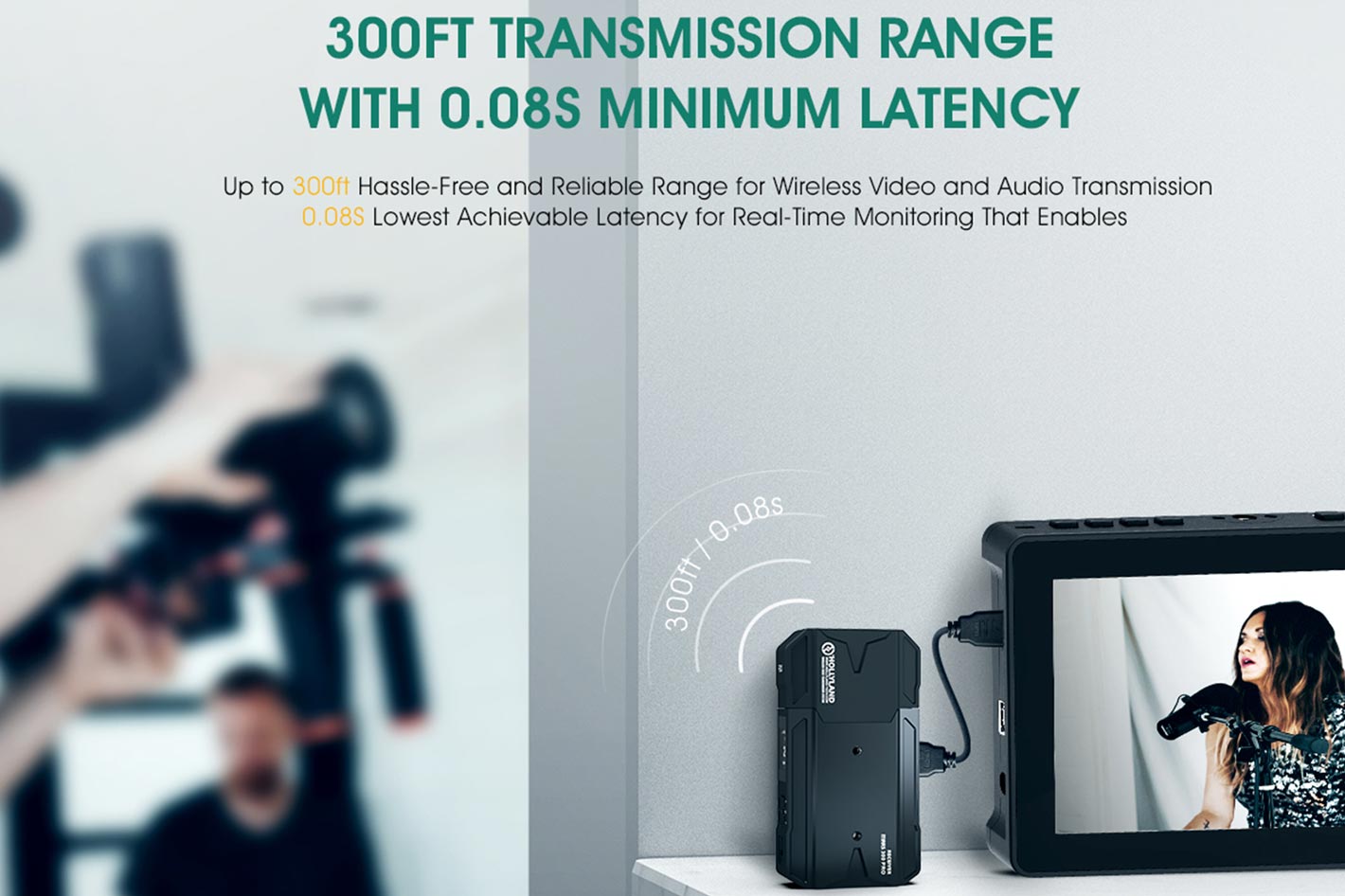 MARS 300 Pro comes in two different versions, standard and enhanced. Built-in antennas are introduced to MARS 300 PRO for easy setup, efficient shooting, and different shooting applications. Both versions come with receivers with built-in antennas. The transmitter is also with built-in antennas for the standard version, while external antennas are used on the transmitter for the enhanced version. The only difference between these two versions is the antennas, namely, the ability to avoid interference for complex Wi-Fi environments. 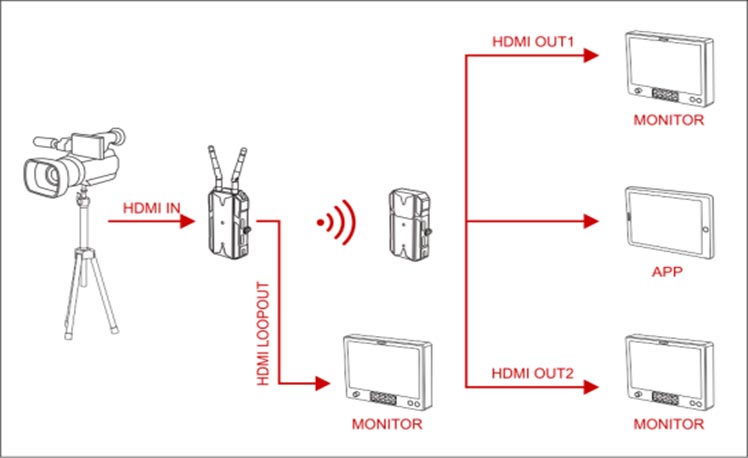 Besides these two packing options, Hollyland Technology have also added the single transmitter packing as the third purchasing option, which means that now users don’t have to go for a full transmitter and receiver set if they just need the App monitoring feature plus the on-camera external monitor connection option.

Prices for the new solution from Hollyland are what consumers expect by now: the MARS 300 Pro will retail for $449 for the Standard Version, $469 for the Enhanced Version, and $199 for the single transmitter version (TX from the Standard Version). The product is shipping July 25th, but availability will vary in different areas. Check on Hollyland Technology’s website the list of distributors around the world for more information. 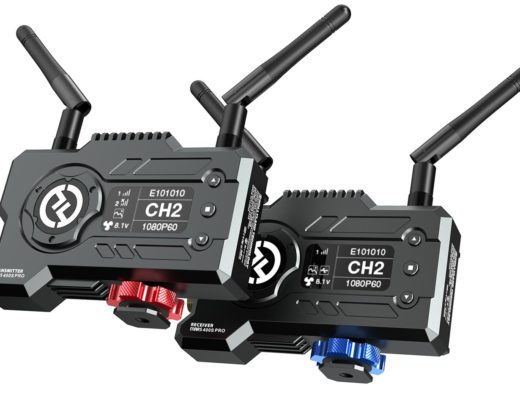 With many of the features introduced by the MARS 300 Pro, the new MARS 400s Pro wireless transmitter and...