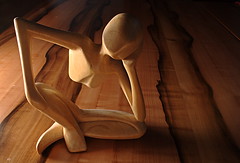 Our “six words to live by on the Internet” are open, global, mobile, social, playful, and intelligent. It has been suggested that we add instant and I think that we may want to do that. But since we put this list together as a firm, I don’t want to be adding to it unilaterally without input from my colleagues. So I’ll stick for the first six for now.

Of those six words, only one of them is not a “done deal”. And that is intelligent.

It’s not for lack of trying.

The dream of thesemantic web has been upon us for quite a while now. There have been hundreds of academic research projects, hundreds of approaches, and hundreds of startups working in this space. We have several in our portfolio likeAdaptive Blue,Zemanta,Infongen, and one more we have not yet announced.