Video editors who use an iMac and can’t stand the glare have a free, non-invasive solution. 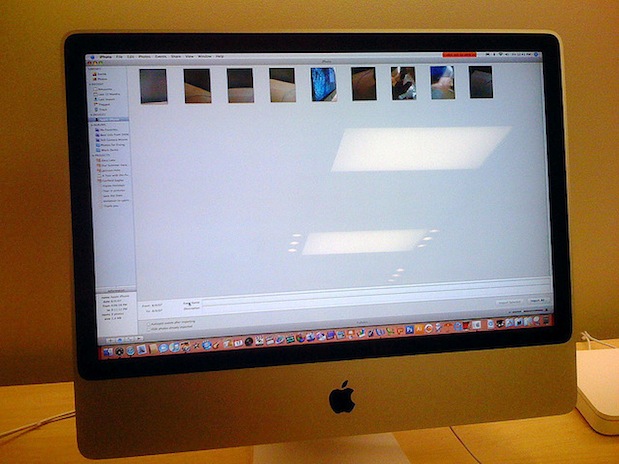 For many years, those of us who prefer the Mac platform and a high-quality matte display have had to avoid Apple screens that are glossy (highly reflective) or use an invasive screen protector, which I dislike. Since several years ago, Apple began offering iMac computers exclusively with an ultra reflective screen, many have avoided the iMac in favor of either a tower (Mac Pro) or a Mac Mini. Many ProVideo Coalition readers will recall two of my 2011 articles which covered how STAFF HDTV/Alta Definición from Guatemala re-purposed its older Mac Pro tower for its DaVinci Resolve grading suite, and then found better performance in the editing room with a Thunderbolt-equipped Mac Mini together with a Pegasus disk array. At that time, they chose the Mac Mini over the iMac since they wanted matte monitors (not glossy). I have just become aware of a free, simple, non-invasive, and easily reversible approach to making an iMac become much more matte without using any screen protector.

My first awareness of the glass being the primary culprit, in the HP Z1 workstation

Back in February 2012, I was at the HP media event, where they launched their Z1 all-in-one workstation, which Richard Harrington later covered in this video interview at NAB 2012. (At that HP media event, I met Jacob Rosenberg, chief technical officer and partner of Bandito Brothers, which created Act of Valor. Then I published this article about their use of the HP DreamColor monitor throughout the production, and later supplemented the article with details provided by from Mike McCarthy, Act of Valor‘s production engineer and online editor.) 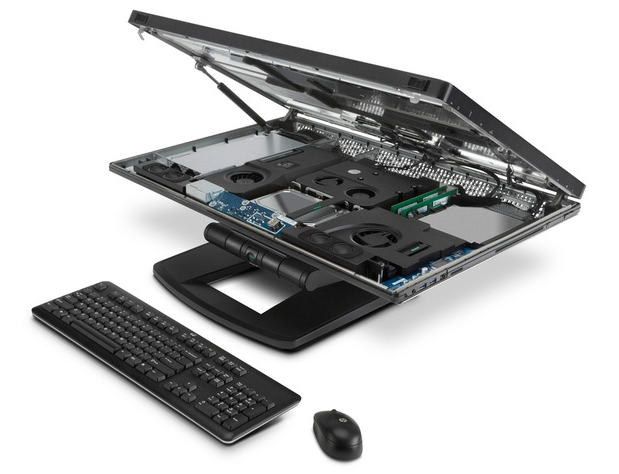 The HP Z1 workstation, highly configurable by the end-user, comes standard with a highly-reflective screen and unfortunately lacks Thunderbolt and eSATA. Either of the two would have been fine. Offering neither of the two is unacceptable for me.

Despite all of its positive points, I was disappointed in the Z1 because of the following:

During the hands-on session with the Z1 at the HP media event, where they covered how accessible all of the components are to the end-user, I reiterated my previous astonishment about the highly reflective display and asked why they had used it. The immediate response was that HP had struggled to find front glass for it that would be matte and at the same time would have the quality they were seeking. At that point, I became emotional and said: “Something is wrong with this picture! You are HP, the creators of the DreamColor monitor, which is the ultimate example of a high-quality matte screen! How is it possible that HP was able to create such a perfect high-quality matte screen for the DreamColor and not for the Z1 workstation?”

At that point, the HP representative clarified that the actual panel in the Z1 is just as matte as the one in the DreamColor monitor, and that the difference was in the ultra-reflective glass that is mounted in front of the Z1 for esthetic reasons. Since he had just been showing us how accessible and user-configurable the Z1 is, I asked whether the end user could remove the glass to reveal the pure matte panel behind it. He said that it was possible, but it wouldn’t be nearly as easy as the other user-removable components he had been describing previously.

Later that day, I discussed this with Jeff Gamet, who was also present at the HP media event. For those who don’t already know Jeff, he is the managing editor of The Mac Observer, and he and I are both very fond of the HP DreamColor monitor, although Jeff’s experience with it is much more with photo retouching and desktop publishing (print), and mine is much more with video. Jeff had the same concerns with the Z1 as I did, and I wondered aloud whether the iMac’s high reflectivity might also be due to the glass, more then the panel itself. Jeff remembered having seen an iMac once in a repair facility and thought it was less reflective with the glass removed, but couldn’t be sure exactly how much. However, at that time (in February 2012), I still thought that the removal of the glass from an iMac would be quite difficult and invasive, until I stumbled upon this video from John Lord.

John Lord’s video illustrates how simple it is to remove the ultra-reflective glass from an iMac using a tool that’s already present in all households, and in many offices.

After seeing how simple it is to remove the glass, I investigated further to see how much it would affect the reflectivity.

In his article called A free & easy way to make your glossy iMac screen glare-free from April 2009 (I wish I had known about this sooner), Joshua Sowin states that removing the glass reduces about 50% of the glare. In that same article, Joshua states that: “Anti-glare add-in filters suck”. I agree with him!

Joshua Sowin’s article features Ian Richardson’s video, which shows the use of a different device to remove the iMac glass, and also how to clean the panel. Ian Richardson’s video also shows how to clean the glass and how to re-install it, which is of course not appropriate if you want your iMac to be matte, but is good if you ever want to re-sell the iMac in the future to someone who loves the glossy look.

The matte (mate) play-on-words from parts of South America 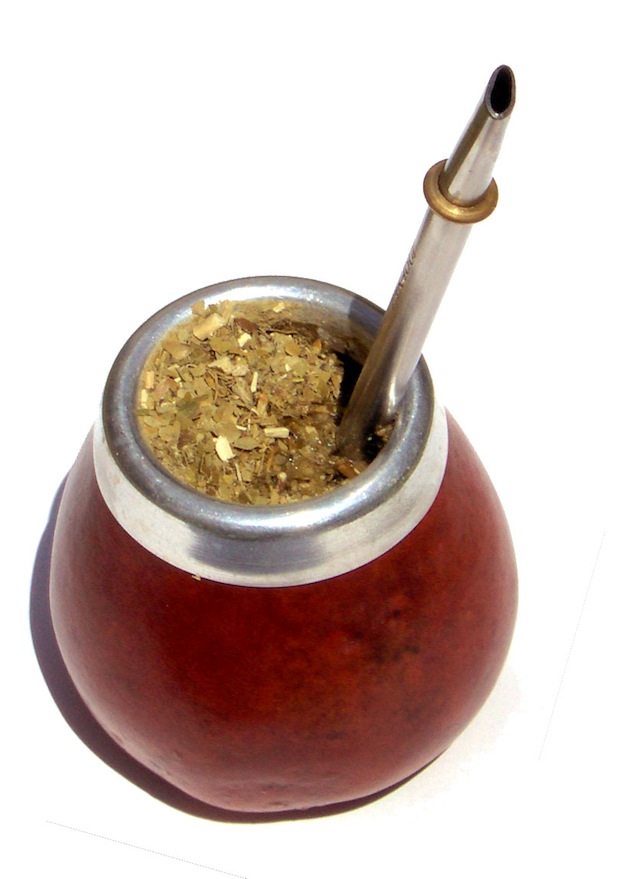 Since the word matte in Castilian (aka “Spanish”) is spelled and pronounced the same as the infused drink mate (often consumed in Argentina, parts of Bolivia, the southern states of Brazil, the south of Chile, Paraguay, and Uruguay), invariably when I have a conversation about matte screens with people from (or familiar with) the region make a play-on-words about it. [The English guide to pronounce the word is “mah-tey” with emphasis on the first syllable. (If you mistakenly emphasize the last syllable, you’ll inadvertently say “I killed”.)] So when discussing matte screens in Castilian with people familiar with this drink, they often make a joke about drinking mate while viewing the matte monitor.

When an iMac is more powerful than a Mac Mini

Sign the petition to request more matte options from Apple

Thanks to Luke Domy for this Creative Commons licensed photo.